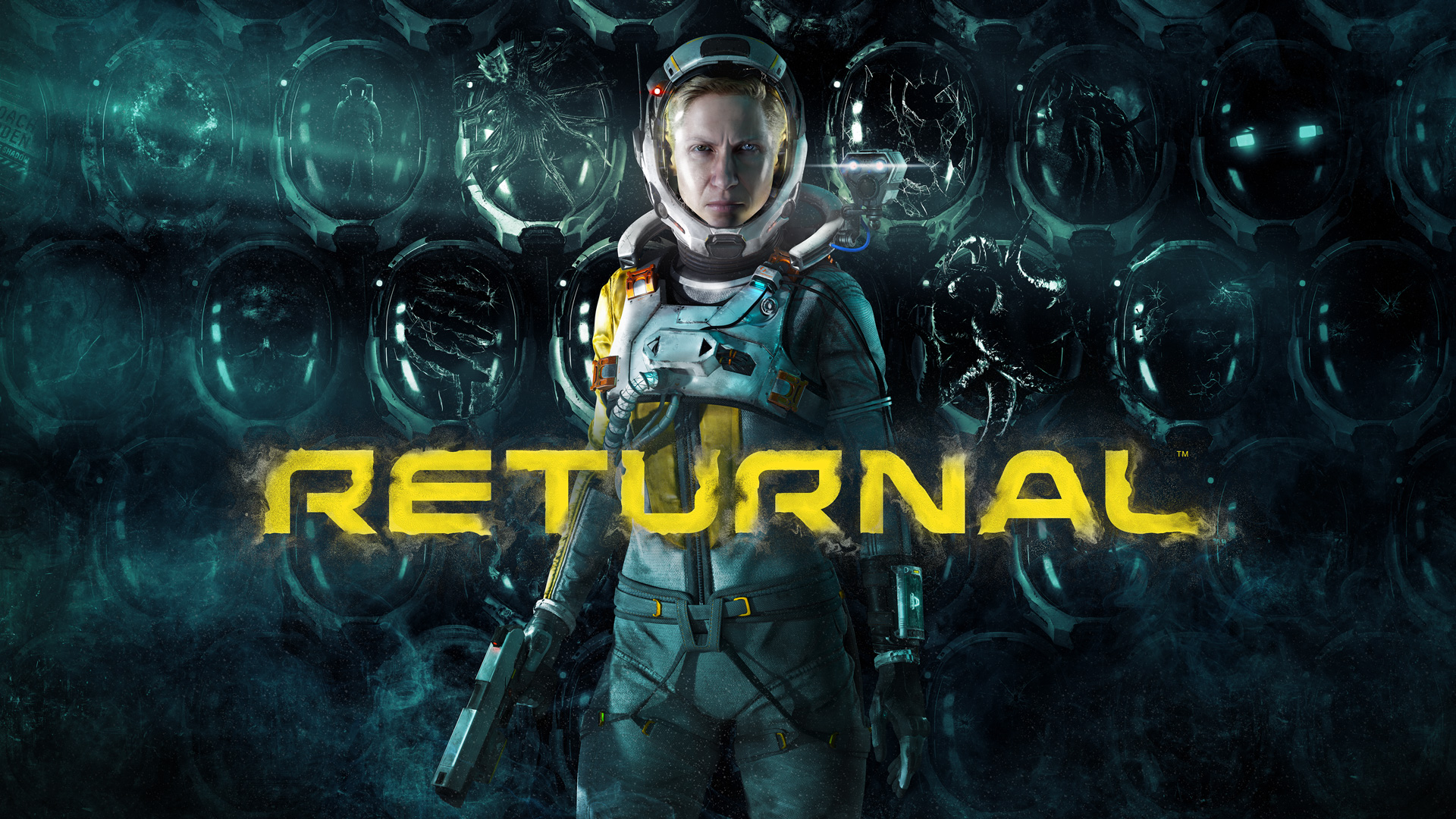 SOMETIMES, as a reviewer, I find myself playing a game that is very good but which I simply don’t enjoy.

It doesn’t happen often, but it’s the situation I find myself in as I sit down to compose this review of sci-fi shooter Returnal.

Returnal, developed by Housemarque and published by Sony for the PlayStation 5 has the distinction of being one of the first true PlayStation 5 exclusives – and it’s certainly the first big exclusive for the console.

The developers describe the game as a “Roguelike” or “Rogue-lite”, which is largely meaningless to me despite having been writing about video games for more than two decades, but I gather generally refers to a particular genre with changing levels and loot that reset between deaths, and said developers also make mention to drawing some inspiration the “bullet hell” genre of arcade shoot-em-ups.

Neither of these things are what I’d consider a gaming good time, but there’s so very little in the way of mainstream games out at the moment (and the stuff I’d seen made the game look more like a conventional 3rd person sci-fi action-shooter, which I quite like) so I booted up the review copy Sony sent me and got stuck into it.

You play as a planetary scout named Selene, whose ship (the Helios) has crashed on the mysterious planet Atropos while following a signal codenamed “White Shadow”. The planet has a “Landing Forbidden” classification, and there’s obviously something weird and mysterious going on involving a ghostly Apollo Programme era astronaut, the ruins of this strange alien world, a 20th century two-storey farmhouse which appears to have some special meaning, and the fact Selene appears to be stuck in a time loop.

Each time you die (and you will die a lot) the levels change around and you have to re-start from scratch at the wreck of the Helios, Russian Doll-style. Over, and over, and over again, because you will die a lot and the fact the levels change around (incorporating different ‘areas’) means you can’t even memorise the enemy and equipment/health pickup locations until you’ve played through dozens of times and explored most of the areas to know that the weird glowing squid monster spawns there and there’s a health pickup on that ledge and a teleporter in that corner.

I despise grind in games. The only grind I’m ever interested in is the kind that is involved in making my coffee.

And you know what’s worse than grind? Grind that relies on the benevolence of RNGesus to be effective.

Returnal is, regrettably, an incredibly grindy game. The developers warn that death and starting over again are part of the game experience, which is fine, but I have spent more than seven hours endlessly repeating the first level and being unable to get past the first boss due to a combination of factors including “not enough health pickups” and “RNG not always providing an effective weapon”.

One of the resources in the game is “Ether”, which carries over when you die and can be used to ‘buy’ artefacts, cleanse found items and chests of ‘malignancy’, and so on.

For probably the first quarter of my review time, I would encounter the bodies of other scouts (other players who had died at a particular point, from what I gathered) and avenge them (defeat a suddenly spawned miniboss) to gain Ether and sometimes more powerful weapons from the defeated creature.

Suddenly, however, they just disappeared from the levels (perhaps due to having more luck than me finishing the biome?), and I found myself unable to acquire any more than the very rare Ether pickup (maybe two pieces across a dozen or more ‘lives’) and therefore unable to use it to access some of the more powerful/helpful equipment I’d need to progress. Given the game has a sort of online component to facilitate these encounters, hopefully it won’t be as much of an issue when the game itself launches.

In theory, you’re supposed to be able to scrounge some of the alien tech to help you in subsequent ‘lives’, but in nearly a dozen hours of play the only two things I found which carried over between deaths (besides Ether) were a device that let you use the teleporters (and given to you early on in the game, so doesn’t really count) and a nanoblade sword I acquired about six hours in. Everything else vanishes when you die; even your weapon skill progression resets to zero.

I was not, as you can imagine, impressed by this state of affairs.

To be fair, the hatred of grind in games and the not being able to defeat the end level boss are partly “me” problems (and a large part of the reason I didn’t enjoy the game), and from a technical standpoint Returnal is excellent in a number of ways.

For a start, the game looks amazing. The biomes (well, the one I saw; I’d be surprised if the others weren’t equally good) are atmospheric and well designed, they’re laid out with a great mixture of cover and open space, and if I backed myself into a corner it was usually due to my own poor decisions rather than issues with the map/level design.

The game also makes excellent use of the haptic feedback on the PlayStation 5 controller, not just in the usual ways but for environmental elements too. For example, when it’s raining on, you can feel the controller shaking in a way that represents raindrops landing on you. It’s really well done and blends seamlessly into the experience.

The game also makes use of the adaptive pressure triggers to help you with your weapon use – a half-pull of the trigger is conventional fire, pulling all the way activates the alt-fire mode (which, of course, comes with a cooldown). It seems counterintuitive at first but you quickly get used to it and it soon makes sense and works well in combat, too.

The review notes with the game suggested it be played with headphones, and ideally the Sony Pulse 3D headphones – which I happened to have a pair of (thanks, PlayStation Australia!)

The sound was just outstanding – atmospheric, rich, and an integral part of the experience. Being able to track the sounds of enemies and (just as importantly) their projectiles really enhances the gameplay and makes a massive difference to the experience (and your effectiveness in-game, too).

Obviously you can play the game using your TV speakers and it’s fine, but the 3D audio Housemarque are using really does bring another dimension to things – so if you’ve got a decent set of headphones, I highly recommend using them when playing Returnal.

After putting more than 11 hours into the game, however, I still couldn’t get past the first biome and eventually gave up (see: I despise grind and also getting stomped on by enemies in games).

The main stumbling point for me was the level’s final boss, whom I just couldn’t get to with enough health and effective weapons to be able to defeat.

I couldn’t work out if the central plot device was some kind of alternate timelines, interdimensional travel or Groundhog Day-type scenario, and while the main story was interesting in a “I’d read a sci-fi novel about it” kind of way, it wasn’t nearly enough to sustain a dozen hours of replaying the same biome over and over and over and over again because the game was just too challenging for me.

Another point of concern for me is the cost. It’s AUD$125, which is a lot of money and I simply don’t think the game is worth that much.

If it was some kind of epic AAA RPG in the Elder Scrolls or Fallout or Witcher vein, I could absolutely understand that price tag. Even something like a new God of War or Uncharted game might justify it. A repetitive third person shooter, however – no matter how great it looks or how impressive its sound – doesn’t seem like the poster child for “25% price increase over what people expect console games to cost”.

With all that out of the way, here comes the fun part: The conclusion.

If you’re one of the lucky people with a PS5 then it’s one of the few games out there designed to really take advantage of what the console can do, so has some attraction just from that perspective – but at the same time, if you’re still rolling with a PS4, I wouldn’t be sobbing all over your DualShock controller either.

If you like challenging games which require reflexes, juggling several different threats at once, and grinding through levels to improve your skills – and are interested in a sci-fi thriller – then Returnal will have a lot to offer. For gamers looking for a more accommodating action/adventure experience, or wanting something that doesn’t have more grind than a lensmaking factory, however, Returnal is not the game you’re looking for. 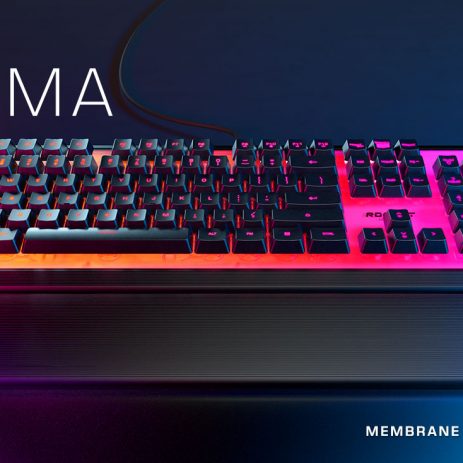