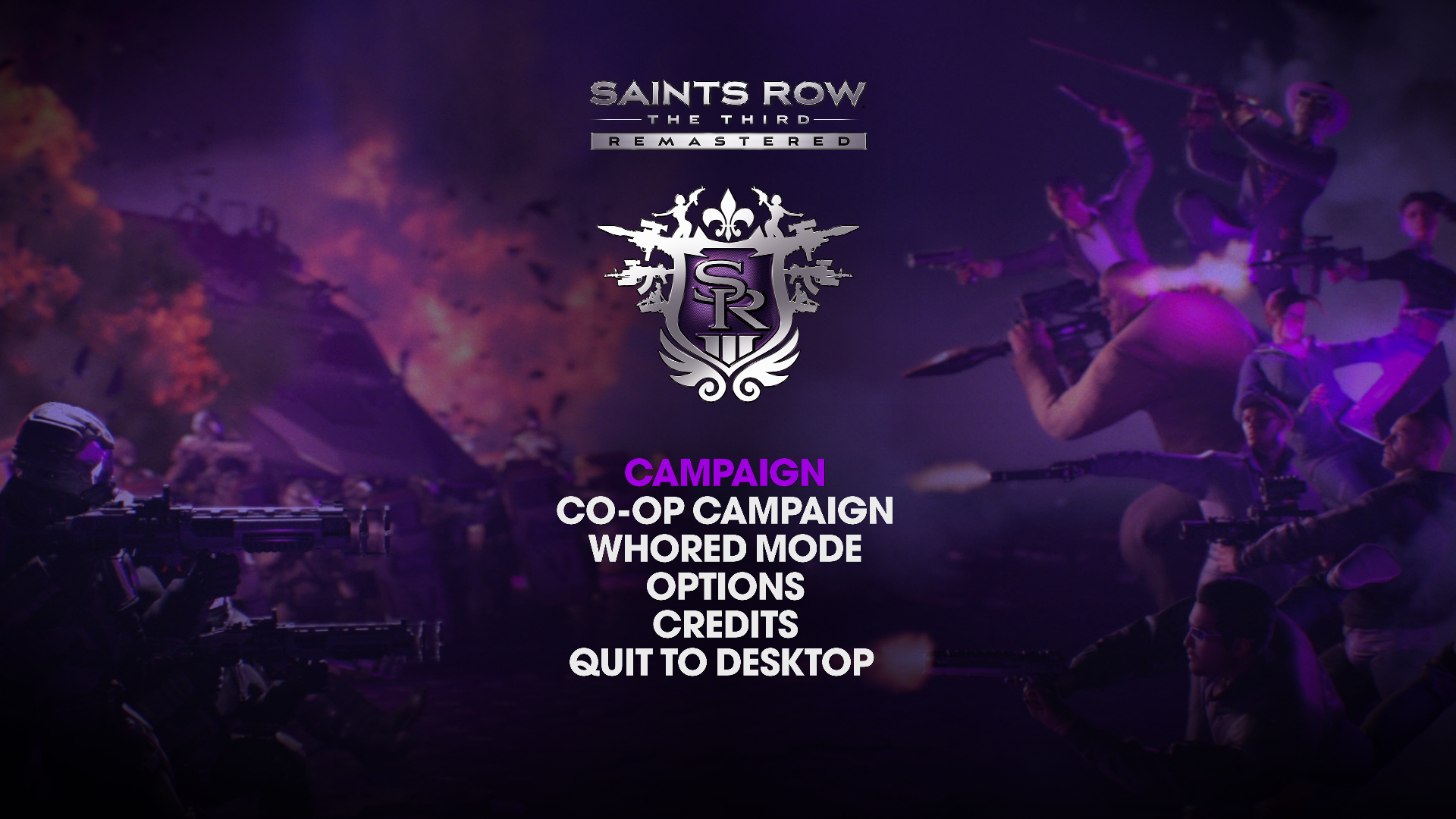 Saints Row The Third Remastered: But why though?

IT’S hard to believe there was once a world without the joy that is Saints Row The Third, but prior to 2011 that was indeed the reality.

The series initially started as a serious competitor to the Grand Theft Auto games, although the second game had more humorous elements in it and the third game – Saints Row The Third – just said “Smeg it”, dialled the ridiculousness and fun up to 11, and exploded its way onto bestseller lists and gaming history in the process.

You play The Boss (that’s your character’s name), in charge of a street gang (the Third Street Saints) that’s sold out on a grand scale and is now a media empire and lifestyle brand, with a non-existent moral compass and a penchant for doing things in the most ridiculously over-the-top way possible.

Saints Row The Third: Remastered (remastered by Sperasoft, published by Deep Silver on PC, PlayStation 4 and Xbox One) is a remastered version of the original brilliant game, and also includes the three story DLC as well as all the cosmetic and gear DLCs.

Let me be clear: This is not a review of Saints Row The Third itself; the game has been out for a decade, it’s one of my favourite games of all time, and it still holds up today, so I’m not covering any of the gameplay/story etc since they’re unchanged.

So what does the remaster actually involve?

The graphics are nicer, some of the sound has been beefed up (particularly gunfire and explosions), there’s a new loading screen with some cool models of the main characters, and… that’s about it.

While the team have done some nice things to the graphics and lighting effects, there’s still issues with the cutscenes, where the character’s mouths aren’t fully in sync with the audio.

Even with the remaster, it’s not – and was never intended to be – Grand Theft Auto V levels of graphical detail. Yeah, the lighting and reflections are neat, and the graphics look a bit better, but the focus of SR3 was always on having a ludicrously good time, blowing stuff up, and causing chaos – none of which are significantly improved by volumetric lighting effects in fog, for example.

I still have the original game, so fired it up to do a side-by-side comparison. In my view, the new effects and graphics are an improvement, but definitely not a AUD$60 improvement – and the original game still looks absolutely fine and runs perfectly on my system.

In fact, in some ways the original actually runs better – I was getting ghosting and screen tearing issues with SR3 Remastered; they didn’t resolve themselves until I disabled Gsync on my monitor – not an ideal solution, especially since the original SR3 had a “Vsync on/off” option in its menu and the remaster doesn’t, for some reason.

The amusing thing is I find myself writing a not exactly glowing review of a game which, at its core, is absolutely fantastic.

The remastered game looks nicer, but it’s still Saints Row The Third. That’s not a bad thing (it’s an awesome game), but the reality is that if you’ve already got the game and its add-ons, this isn’t worth your money.

If, on the other hand, you missed it the first time around, then you should pimp-walk in the direction of your preferred games retailer, grab a copy of this, and prepare to have a ridiculous amount of fun.