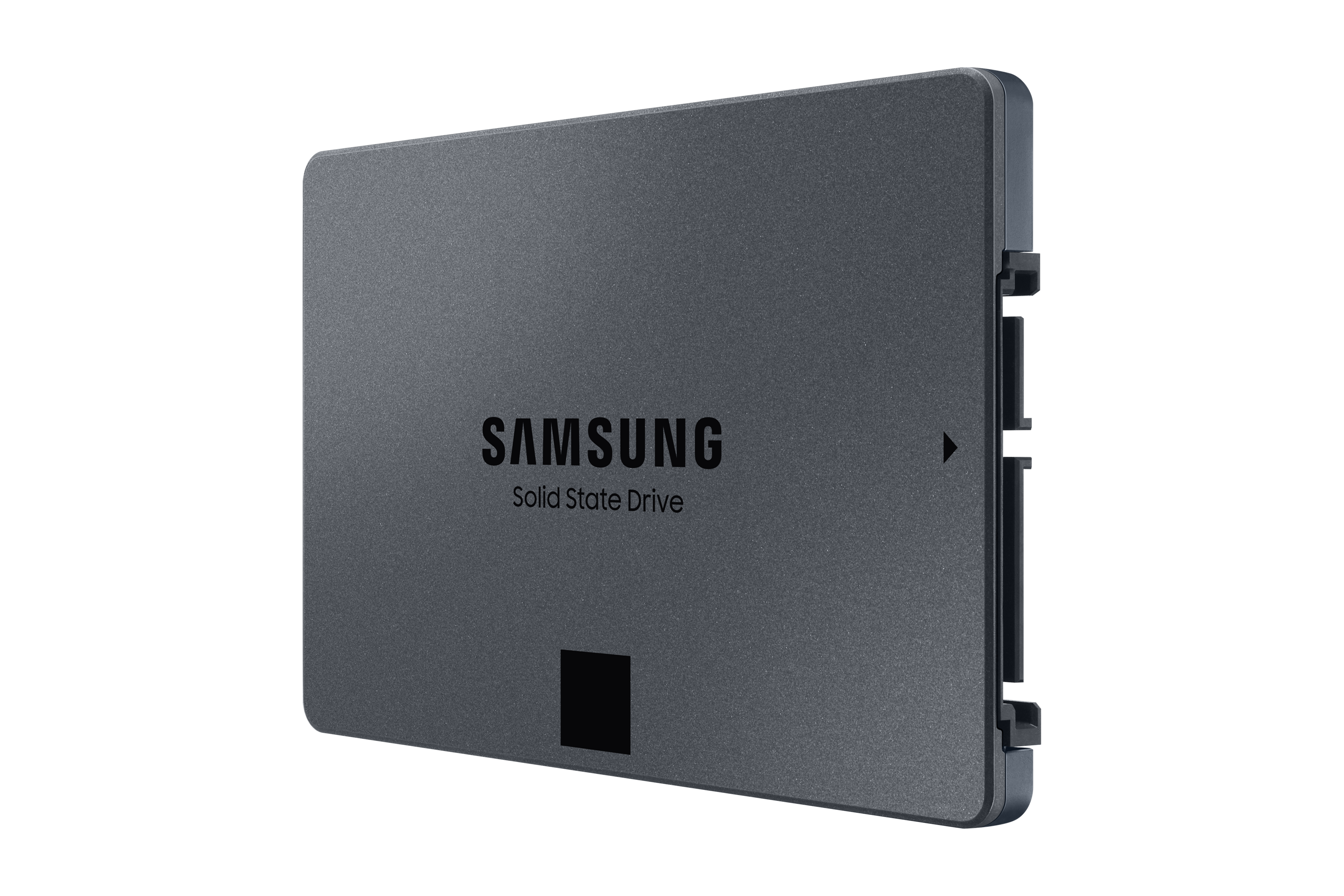 Samsung 870 QVO SSD: Boosting Your Booting On A Budget

I’M going to let you in on a secret: Until earlier this week, my gaming PC was using a HDD as its primary (and boot) drive.

The reason was pretty straightforward: It was a 3TB drive and most of the affordable Solid State Drives (SSDs) I’d been able to find were around 256GB, which was basically too small to be of much use to me – 256GB doesn’t even cover the Windows 10 OS and my review/feature article archives, much less having room for any actual games.

Samsung have bought out the 870 QVO (I’ve have had to go over this story and proof-read again to make sure I haven’t accidentally called it the M870), which they are billing as “Your first Terabyte SSD” – and they’re absolutely right.

Available in sizes up to a monumental 8TB, the review unit is the 1TB model, with a retail price around $195 – perfectly positioned at an affordable level for people looking to upgrade without making their wallet cry.

The unit is a 2.5in SATA SSD measuring 100mm long x 69.85mm wide by x 6.8mm deep and weighing 46g – and as such, will fit in most laptops and pretty much any desktop. In my case, I only had 3.5in bays available in my tower but a quick trip to Amazon sorted that out and three days later I had a 3.5in to 2.5in bay converter which fit both the 870 and my PC bays perfectly.

Installing the SSD was straightforward (I just had to screw it into the bay and plug the SATA cables in), assign the SSD a drive allocation, then clone my HDD (where I had spent the days while waiting for the bay converter in the process of copying things to external hard drives or deleting stuff I really didn’t need, in order to get it under the 1TB mark).

Installation took maybe 15 minutes, cloning the hard drive (via EaseUS Todo; I discovered later there is also a free tool from Samsung to do the same thing) took about five hours, and then a quick BIOS change to make the new SSD the boot drive and I was in business.

Samsung claim the unit runs at the maximum SATA transfer speed – 560MB/s read, 530MB/s write, and a test with Crystal Disk Mark 7 confirmed this – the unit performed almost exactly as the manufacturers promised.

The difference to my boot and load speeds was astronomical, too. My HDD (now relegated to general storage and installs of games that don’t need fast access) was running at a 156MB/s read spped and had gotten to the point where I could make a cup of coffee from my Nespresso machine every morning in the time it took for my machine to boot up.

The 1TB unit has a three-year warranty and is rated for 360 Terabytes Written – so absolutely fine for general use and gaming, especially if its main role is for the Operating System and a couple of frequently played games, but perhaps not the best choice for heavy video editing or content creation work.

If you’re still running an HDD and looking to upgrade, the 870 QVO comes highly recommended – it’s affordable, well-made, in a useful size, no-nonsense, and does exactly what Samsung say it will. For everyday computing and gaming it’s the perfect way to step up your performance without laying out a lot of coin either.