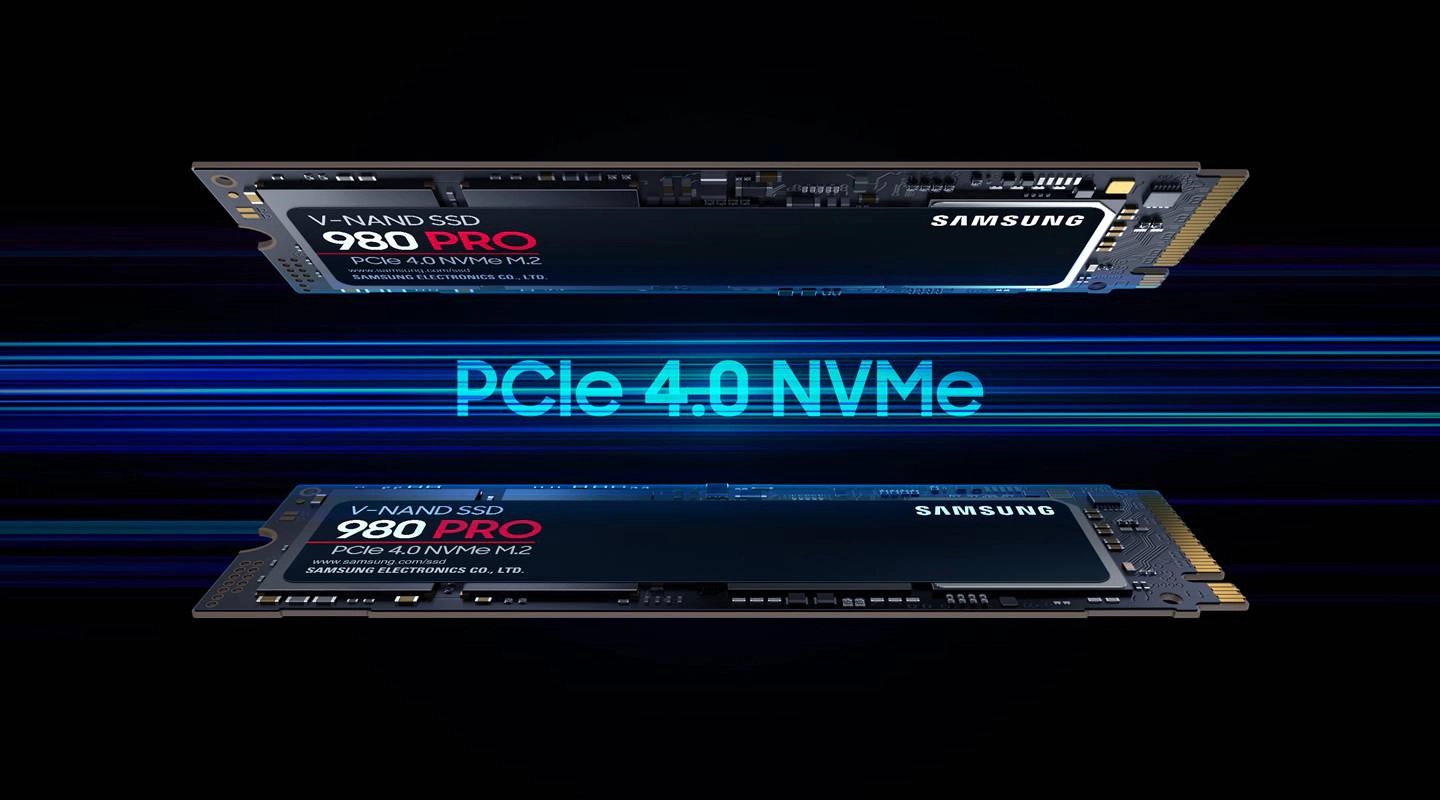 AS games get larger and more complex, it’s becoming increasingly clear than a Solid State Drive (SSD) isn’t just a “nice to have” anymore – they’re a necessity.

Samsung are a well-known manufacturer of SSDs – I’ve reviewed several in recent years and been impressed with all of them, and the latest addition to the lineup – the Samsung 980 Pro NVMe PCIe 4.0 M.2 SSD – is no exception.

The unit is available in 250GB, 500GB and 1TB models – I reviewed the 500GB version. Installation was exactly the same as with any other M.2 SSD, from slotting into the motherboard to creating a volume and assigning a drive letter in Windows so the OS would recognise it.

While the promotional literature for the unit promises read speeds of up to 7000MB/s and write speeds of 5000MB/s , that does assume a PCIE 4.0 slot, which Intel motherboards don’t have yet; it’s mostly an AMD feature at present.

Samsung’s own benchmarking via the Samsung Magician programme returned a result of 3566MB/s read and 3389MB/s write, which is pretty much exactly what I would expect for an NVMe drive in a PCIE 3.0 M.2 slot – it’s basically the same (albeit a fraction faster) than the comparable WD Black SN750 NVMe SSD.

If you’ve got an AMD-based rig with PCIE 4.0 support, the Samsung 980 Pro is going to give you phenomenal performance that will justify the price tag. If you’ve got an Intel-based rig, however, you’re not going to get the full experience and will find the cost much harder to justify.

Having said that, Intel’s upcoming Rocket Lake 11th-generation chipsets will reportedly support PCIE 4.0, so if you’re an Intel user looking into doing a big upgrade next year then you should definitely keep an eye on this.

Another thing to keep in mind is the excellent warranty that comes with the 980 Pro – Samsung offer five years on the units, with the 500GB model being rated for 300 Terabytes Written (TBW) and the 1TB model rated for 600 TBW, while the 250GB version is 150 TBW.

In other words, these units are designed for serious gaming use and speed, and while they have a premium price they should last through the life of a high-end PC build.

Samsung have once again delivered a quality product well suited to the needs of gamers and high-use types, and while its full potential is only available to a few AMD motherboards at present, when PCIE 4.0 capabilities become more widely available this excellent SSD will be right there, ready to take advantage of them.