TABLET devices really need no introduction these days, which is why I’m not writing an involved opening paragraph for this review.

When it comes to smartphones and tablets, there’s basically two broad camps – Apple iOS or Google Android. The Apple iPad family is incredibly well known, but there’s a huge range of Android smart devices on the market too, and Samsung’s offerings are particularly well regarded for their quality and features.

The latest entry to their range, the Samsung Galaxy Tab S7+, is no exception.

Featuring a 12.4” AMOLED 2800 x 1752 resolution screen with a 120hz refresh, the review unit was a Wi-Fi model with 128GB storage and styled in a fetching Mystic Navy colour which I found particularly attractive.

Running on Android and being  Samsung product, it was easy to sync the device up with my phone and worked exactly as I’d expect. All the major features you’d expect were there too, including a fingerprint reader and facial recognition.

The reality is that in many respects, a tablet is a tablet as far as the average user goes and for a lot of people the choice really comes down to “Android or Apple?” – and even that’s less about operating system preferences and more about which smartphone they already have.

What’s interesting though is that we’re entering an era where gaming on smartphones and tablets is catching up to the PC or console experience – the processor is an octa-core setup which is more than enough to run Actual Games™.

To test this, I installed the Project XCloud Game Streaming Preview on the Galaxy Tab S7+ review unit and connected an Xbox Series X controller via Bluetooth to play games on it.

The tablet (and Xcloud) worked flawlessly, providing me pretty much exactly the same experience (albeit on a smaller screen) as I’d expect from a gaming console.

The high refresh rate of the Galaxy Tab S7+ screen no doubt helped with this; the 120hz refresh and sharp graphics provided crisp and smooth visuals for the gameplay.

I appreciate Xcloud is streaming rather than processing and all the heavy lifting is being done by Microsoft’s servers and my internet/wi-fi connection, so I tested the Galaxy Tab S7+ with my go-to mobile games, World of Warships: Legends and World of Tanks: Blitz and they played beautifully – smooth, responsive, and clear.

The sound in particular was very good too. Usually I play with headphones, but the speakers on the Galaxy Tab S7+ were more than up to the task, both for gaming and watching videos.

As part of the review, Samsung also provided a Book Cover Keyboard which turned the tablet into a sort of mini-laptop. While not quite as versatile as a true multifunction tablet PC, it certainly added another layer of versatility to the device and made typing e-mails and social media posts a lot easier.

The adjustable tilt angle on the cover was a big help, not to mention the peace of mind from having something covering the screen when not in use too. The keys were responsive and worked exactly as you’d expect from a typing perspective and the keyboard cover was generally solid and well made.

The screen and keyboard connect and disconnect in a straightforward way, and once the keyboard is plugged in it automatically works – I didn’t have to set anything up or configure anything.

There are a few cameras on the unit; mainly a 13MP main camera, a 5MP wide-angle camera and an 8MP front cam; the main camera can record in 4K at 30fps as well. The photos they took were perfectly decent; I’ve always found tablets too bulky for casual photographic work so it’s never been a feature priority for me.

The tablet comes with an S-Pen (which appeared to have gone astray from the review unit, so I was unable to test it), which normally lives magnetically attached to the rear of the tablet. If it’s anything like the S-Pen on my Galaxy mobile phone it’ll be responsive, good for writing and able to double as a sort of remote control for things ranging from the camera to various apps.

The battery life of the Galaxy Tab S7+ was very good as well – with a 10,090mAH battery, Samsung claim it’ll run up to 8 hours of general internetting or 14 hours streaming video, which is a lot of binge-watching. I certainly didn’t have any issues with battery life in general use, be it for gaming, internet surfing or binge-watching Solar Opposites.

No matter what I was doing with the Galaxy Tab S7+, I found it responsive, easy to use and basically offering an excellent all-round experience.

Overall, the Galaxy Tab S7+ is easily the best Android tablet I’ve used and a worthy flagship product for Android enthusiasts wanting a “do it all” tablet. From its stylish design to gaming and general use potential, there’s a lot here to like. 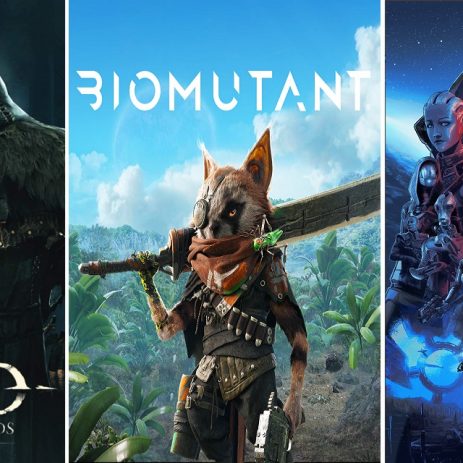