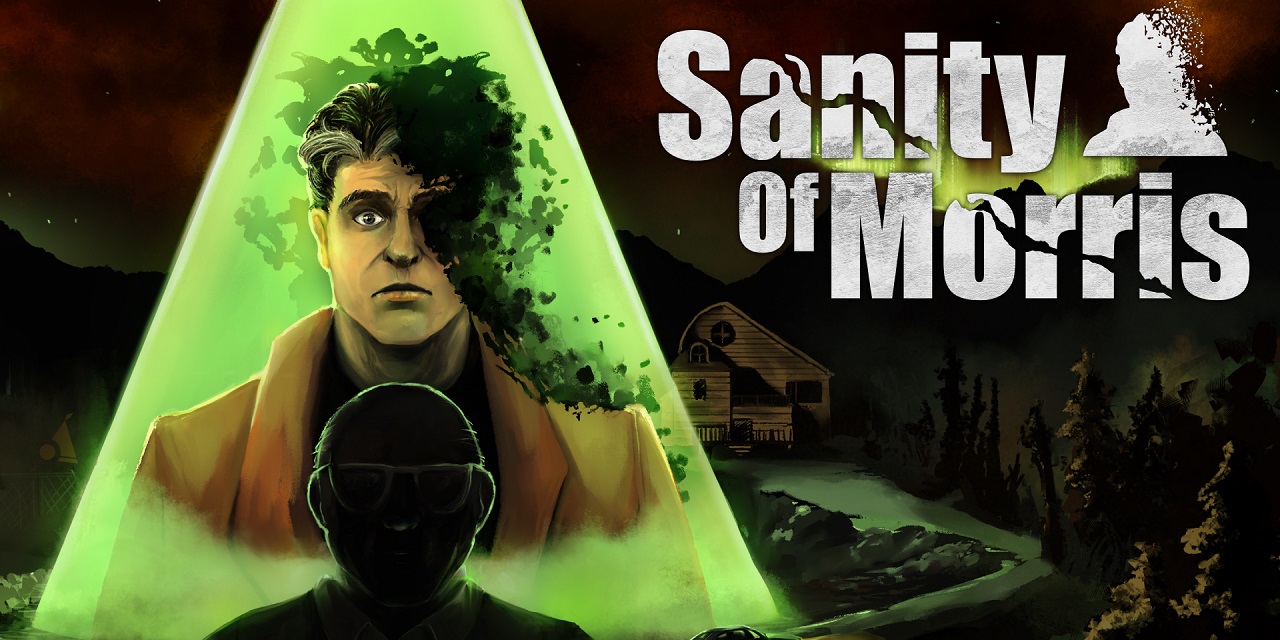 Sanity of Morris is a first-person psychological horror adventure game by Alterego Games and Stickylock Studios. Released on March 23, 2021, this is the second game from this pairing, with their first being 2019’s cute woolen puzzle game Woven which I really enjoyed. They have now gone to the opposite end of the gaming spectrum with a horror game and, while there are some minor faults, the casual approach to the horror genre and shorter but well-written story suited me well as a gaming dad. Creative Director, Dominic de Graaf sums the up the change between the games.

“We wanted to create something new and exciting, but also keep doing what we’re good at; storytelling. So for Sanity of Morris we took from Woven the adventure genre, having collectibles and working with a strong narrative. But then we added a whole layer of psychological horror in the music, in the visuals, and it’s really unnerving! In this game, you will start to question John’s reality. It makes for an engaging experience, like an interactive movie, perfect for escaping daily life. And we can all use that right about now.”

In Sanity of Morris, you play as Johnathan Morris as he approaches the isolated town of Greenlake to check up on his father, Hank. After years of next to no contact, Johnathon receives a cryptic letter from Hank which, as I read it, made me think not is all as it seemed. There appeared to be cryptic sentences alluring to something sinister going on with his research. While driving into town, a van forces Johnathon off the road, crashing into a ditch.

It is nighttime with an eerie mist and you only have a flashlight to light your way. The occupants of the van are strange men in hazmat suits with batons, searching for you with their green flashlights. You use the shadows and foliage to hide from them whilst working your way to your father’s house. Once there, you rush inside and then start to search and piece together your father’s footsteps to ascertain his whereabouts and follow the breadcrumb clues he left behind.

Through searching the house, you’ll find notes, tape recordings and photos that get recorded in your journal timeline. You also discover a plant-like alien form and top secret red folders from the RI&CS facility Hank was working for. Initially you are just following Hank’s timeline of evidence and later you’ll find items that detail an alien timeline as well as top secret information from the facility. At the same time, you are listening to Johnathon’s inner monologue as he wonders why Hank is dragging him into this mess, but it also makes him question why his parents separated when he was young, and who could have been more at fault. This invests Johnathon more in finding his father.

As I do with most adventure games that involve puzzles, I started taking notes of numbers I come across as usually they are tied to a coded lock of some sort. Sure enough there was a keycode to work out, however after finding the fourth number, it made a note of the whole code in my journal. When I went to type in the numbers on the lock’s keypad, the lock just opened automatically using the key from the journal. I would have liked to have tried to enter the number combinations myself. Whilst this could be seen as too simplified for avid puzzle gamers, Narrative designer Matthijs Kramer explains this more casual approach to Sanity of Morris.

“We aim to deliver experiences for the busy gamer who wants to wind down for the evening or weekend. For those with less time on their hands, games need to be shorter, more compact, yet still offer powerful experiences. And that’s our focus with Sanity of Morris.”

The storytelling and writing over just short of four hours for me was really well done and is backed up by believable voice acting for Hank. However, Johnathon talking to himself so often got a bit grating after a while, though I do see he was trying to understand and rationalise the things he was encountering. I enjoyed collecting all the items I came across and pausing to listen to the tape recordings in their entirety as it helped invest me into the story. It was also good to read notes as it gave you a break from the sometimes stressful and seemingly endless searching in the dark, and the new bits of information gave you more clues and a drive to find answers and complete the story.

Given your flashlight beam is all you can see in the dark environments, stealth comes into play, particularly when you come across aliens. There’s no combat in Sanity of Morris, so avoiding the enemy is the only way to get past them. Once you get deep into the alien structure, there were scenes and interactions with the aliens that gave me flashbacks of hiding from the xenomorph in Alien: Isolation. These aliens don’t move as fast though, and if you have enough time and space, you can run away from them if there’s a hiding spot secure enough to block them. Otherwise, they do catch up and kill you. You’ll restart from a close by checkpoint but I found this could be used as a way to effectively cheat via deaths.

As an example in one section, there are four switches you need to press to activate a central device, and each is guarded by a patrolling alien. I found that if I managed to get to the switch and activate it, then get killed by the alien, the game would reload either on the spot I died, or a short distance from this location. However I didn’t have to reactivate that switch, so I could just move onto the next one. It essentially took away the risk element of trying to successfully sneak past the alien and make an escape.

Another gripe I had were the occasional times where the limited vision of the flashlight meant things in the background lost focus. Your sanity certainly affects the effectiveness of your actions, and if you’ve been chased by an alien and managed to hide behind something, Johnathon’s panicked state will blur his vision. However if I managed to sneak into an area and hide behind a desk, the camera sometimes blurred things in the distance so I couldn’t see where the alien or henchman was patrolling. I’d have to pop out of cover, let the camera re-focus and then hide again. Thankfully it didn’t give away my position each time but there were times I had to wait for guards to pass back again while I dealt with blurred vision. It meant I skipped a few searchable areas in the last chapter and therefore missed earning the collectible achievement but I was happy to get to the end and complete the game.

I finished the game in just under four hours, and right at the end you are given a choice of options as to how you want to interpret everything you’ve learned. It’s an interesting way to handle the end of the story leaving you thinking long after playing. The next day I wanted to see if I could reload the game so I could choose the other option, however there is no option to continue my game, only start a new one. It would have been great if we could have a save point at the start of each chapter so that we could replay them to complete the collectible achievements, and a save near the end to make the alternate choice without having to play the whole game again.

Overall, Sanity of Morris is a decent horror puzzle adventure game with a terrific story, though it is aimed more at casual fans of the horror genre. There are items to collect which helped to immerse me more into the story, and there were some great stealth sections and decent puzzles to solve. It is a short game which suited me perfectly as a gaming dad, but may feel lacking to other hardcore horror game fans.

This review utilised a Steam code provided by the publisher. Sanity of Morris is available now Steam, Xbox and PlayStation. 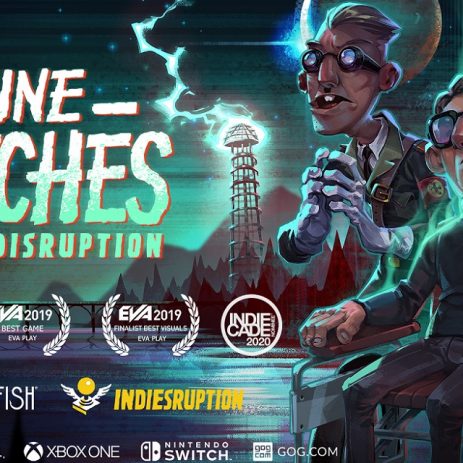