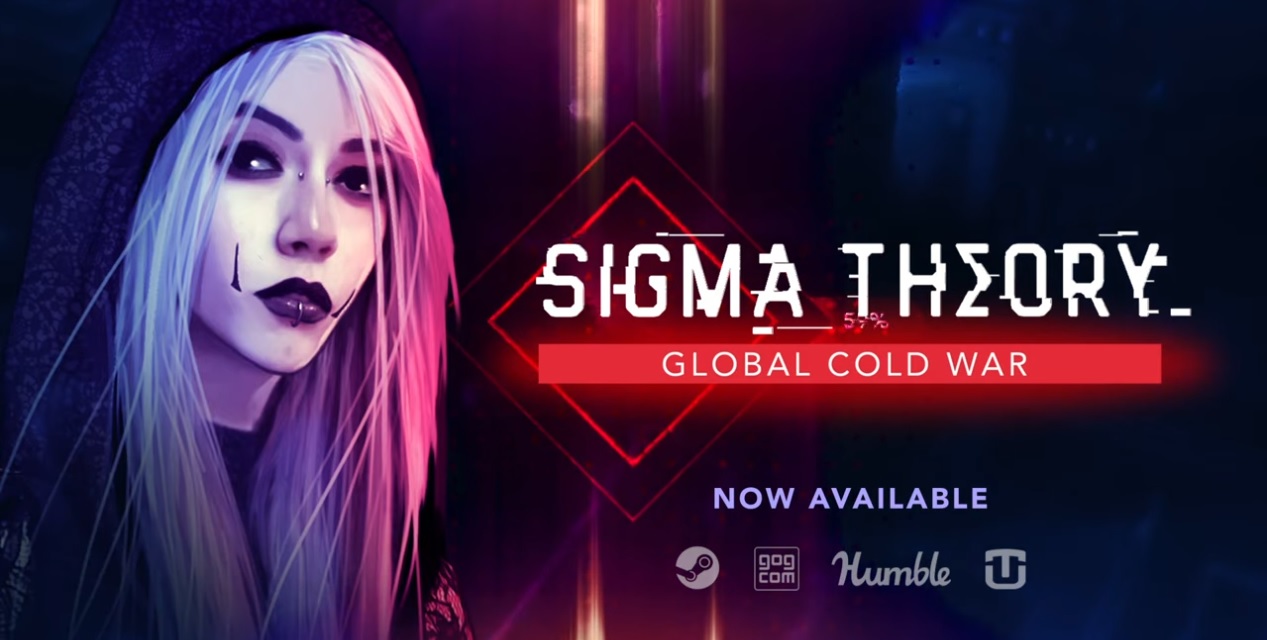 Sigma Theory: Global Cold War is a fun espionage turn-based strategy game that I found easy to play yet challenging to master.

Sigma Theory: Global Cold War is a single-player turn-based strategy game co-developed by Mi-Clos Studio, Goblinz Studio and FibreTiger, and published by Goblinz Studio and Fractale. After releasing in early access in April last year, Sigma Theory officially launched version 1.0 on November 21, 2019. The game is set in a futuristic global cold war where you manage an intelligence agency in charge of research scientists and a squad of secret agents. The ultimate goal is to be the first global superpower to research and control the Sigma Theory which gives access to technologies that can destroy the global financial system, wipe out entire countries and even gain immortality.

The premise is a great one and the turn-based strategy gameplay is fun with the familiar ‘just one more turn’ philosophy. It makes you feel like you’re leading an agency of secret agents and as such I almost always chose to play as the United Kingdom so I could feel like ‘M’ in charge of ’00’ agents from James Bond. There are three game modes available with Classic and Custom being standard versions of the game and there’s a story mode. You can also tick on tutorial which will then help guide you through the game’s mechanics and gives helpful information after performing actions. Despite the tutorials hints and tips, I failed miserably as I was unsuccessful in persuading or exfiltrating scientists to my cause and many other countries beat me to researching the Sigma Theory.

This is one of the rare games I’ve played where the tutorial doesn’t spoon feed you to victory every time. I thought this was a great thing because in losing my first game, I learnt alot from my mistakes and I was eager to jump straight into my next playthrough. Of course, I then lost the next three games in a similarly disastrous fashion, though each time learning new strategies and working out what i needed to prioritise for next time. When starting a new game you must choose your allied nation out of a total 10 countries, each having a beneficial perk. For example, with the United Kingdom, the first agent you recruit will always be loyal to their country. If you choose the USA, you’ll find it easier to sway scientists to work for you. After this selection you need to choose a spouse. Throughout a playthrough your spouse, an agent in another organisation, will ask you to help them with their missions. You have a choice as to whether you help or defy them which will affect your relationship as well as your country, all whilst ensuring you don’t under-resource your own efforts.

Next you need to choose four agents to recruit to your team from an initial pool of 16 agents. Through playing the game, you can eventually unlock 58 agents to choose from. Each agent has two primary stats – intelligence and strength, a written profile and a list of traits. High intelligence agents will be useful for hacking and negotiating, whereas higher strength agents are useful for interrogations and exfiltrations. There are also elite agents that have some amazing traits. So good in fact that you’re only allowed one per playthrough. Each agent’s traits are much more important and will help you to focus their efforts. For example, whilst every agent can hack, agents with the hacker trait are much more proficient. Agents with the seducer trait can be good for attempting to turn a rival scientist to your cause. There are also some negative traits such as loner or arrogant that could work against you and fail the action they’re attempting.

Ideally you will want one agent that’s good at hacking, a negotiator, an exfiltration expert and another that is good at interrogation or combat. When you attempt to recruit an agent, they’ll ask you why they should join you. You are given a choice of three responses and you must read their profile to see which answer best fits their motivations. If you choose the correct response, they’ll join you. Pick the wrong choice and they will be unavailable for the current playthrough. If you fail to recruit too many agents, you’ll be assigned four at random. Once you have your team, you’re given two research scientists, a surveillance drone and a combat drone to assist with field missions.

The main game interface is clean and simple showing a world map with the 9 other countries indicating their alert level and their trust level. At the top of the interface is a doomsday clock which shows international tensions, and a counter for the number of research points you have towards the Sigma Theory. There are certain events that will accelerate the doomsday clock towards midnight, and when the counter fills, the world is thrust into a global nuclear war and you have lost the game. There are some missions and technology rewards that will move the doomsday clock back for you, so they’re worth keeping an eye out for. You are then left to your own devices if you’re not doing the tutorial and need to start sending your agents into the field.

Some agents may have arrest warrants from their prevous work, so be mindful of that. You could also use another agent at your home base to hack the destination country to attempt to get rid of the arrest warrant prior to them arriving. Generally the agents take 3 turns to arrive at a different country. You can get them in place in 1 turn, however to do this they must surrender their weapon. For high strength agents, this isn’t too much of an issue, but it will take them a couple of turns to obtain a new weapon. These couple of turns take you away from doing recon of that country or investigating the world leader, searching for scientists and a number of other things. You’re always weighing up your options and working out what to prioritise, and this is the intriguing part of the game.

Your agents can be captured, injured or killed and this usually happens if the country you’re currently in has a high alert level or if you fail an exfiltration mission. These exfiltration missions are really cool and intense as you sneak through the city and come across various obstacles that your agent needs to overcome. If you manage to place a spy drone over that country prior to the exfiltration mission, it makes things alot easier. Also, knowing the strengths, weaknesses and motivations of that particular agent will help you make decisions as to how they handle each situation they face. They may be able to blast their way out of a small fight, but panic when cornered or faced with a full squad of police. There is an element of luck with these choices and despite losing many agents in the process, this is the part of the game I had the most fun. The main game loop can become a little tedious with constant waiting for missions to complete to see their outcomes, but the exfiltrations added some well-timed intensity to the game.

If you manage to successfully exfiltrate a scientist, this will speed up your research progress. However, the scientist will be susceptible to counter-attacks from enemy agents, so you always need to remember to protect your home base too. If you end up losing one of your agents through being killed or being turned by an enemy nation, you will have the opportunity to recruit another random agent. Through my various playthroughs, I’ve never felt overwhelmed with what to do next. When you do eventually become the first in the world to research a new technology, other countries will then start to send their own agents to attempt to steal your data and coerce your scientists, so the late game becomes a bit of cat and mouse and you push towards more research whilst protecting the scientists and technology you already have.

Each game takes about 1.5-2 hours to get through and after around 5-6 games now I’ve not yet won the game, and this is ok with me as I’m still learning. I did manage to finally get to working on the Sigma Theory but in my rush to get there, I lost the trust of my home country and they fired me (dragged me out the back and killed me as I knew too much). Thus is the life of an intelligence officer. I’ve experienced two different types of loss endings in the game and I’ve read there’s about 6 different types of endings, so I look forward to working out those and finally getting a win.

Overall, Sigma Theory: Global Cold War is a fun espionage turn-based strategy game that I found easy to play yet challenging to master. I liked that you unlocked new secret agents with each playthrough and there’s great replayability with the quick 1.5-2 hours games and mutiple endings for players to work towards. If you’re a fan of turn-based strategy games as well as spies and espionage, this is definitely a game to look into.

This review was completed utilising a Steam code provided by the publisher. Sigma Theory: Global Cold War is available now on Steam and GOG for AUD$25.95.