Silicon Dreams is a fantastic cyberpunk interrogation simulator that takes inspiration from Blade Runner’s Voight-Kampff test, but adds much more life and emotion and tests your moral compass.

Silicon Dreams is a cyberpunk interrogation simulator by Clockwork Bird and released on Steam on April 20, 2021. It is the closest thing to playing out Rick Deckard in 1982’s Blade Runner as he interrogated replicants with the Voight-Kampff test. While the gameplay appears simple, and there is a lot of reading with no voice acting, the story and writing are well done. You must decide whether you comply with the corporation’s edict or follow suggestions from an anonymous source who hints at a sinister plot.

It is the year 2065. You play as an interrogator-model android, unit D-0527, under the employ of Kronos Robotics. You are given several subject androids that require questioning to determine if they have become deviant or not. Being deviant is much like being a replicant in Blade Runner where the androids start to display human natured actions or have obtained modifications to make them more human-like. There are also units that are fighting for pro-android rights and as such, your employer wants to stamp out that activity.

You start in an office at your desk, but you cannot move around the room. You can only interact with things on your desk that pertain to the next assignment. Sometimes you are given a subject’s diary and other times notes or photos. These all help to give a bit of background to the subject. You may also be given directives, such as not to threaten the subject’s family, and it is up to you whether you abide by that ruling or use that information to press the subject for more information. If you stray beyond the organisation’s confines, there are consequences, but are they worth risking your own android life?

Upon opening the monitor on your desk, your first subject acts as a tutorial, teaching you the methods of interrogation. Once you establish a link with the subject, you are shown screens of them in the interrogation room, and you can change the camera angles if you wish. They are seated in a chair that has restraints, which can be activated if you want to threaten or scare the subject, and there is a close-up view of one of their eyes, to monitor their pupil dilation, and a section that records their emotional spikes. It is here where the similarities to the Voight-Kampff (VK) test come into play.

For the uninitiated, the VK test is from the movie Blade Runner and is a method where Blade Runners, special units of the Los Angeles police department, would interrogate subjects by asking them a series of questions while monitoring their pupils and emotional reactions, to determine if they are replicants, otherwise known as skin jobs. These are people that look and act human but are advanced androids, often with modifications to enhance their functions.

In Silicon Dreams, we essentially play as Harrison Ford’s character Rick Deckard, but in this game, we are indeed an android, and we use a similar interrogation technique. The questions we ask, and answers provided by the androids are much more detailed in this game containing full sentences/discussions. Some of them are quite convincing with their responses and believe they have done nothing wrong. Most have not, but it is their behaviour that has triggered Kronos’ interest.

Rather than reading pulse rate and looking for perspiration like in the movie, we monitor emotional responses of joy, sadness, anger, disgust, shock, and fear and try to gain the trust of the suspect or manipulate them if required. When you have gathered enough evidence, there are a list of questions Kronos asks to collate the evidence. You then must decide to release, service or decommission them. Given there are various lines of questioning, and sometimes you don’t get all the information you need, you can easily replay the game and get different responses.

You have various tools that can assist you to press the subject for more information. You can restrain them in the chair to instil fear or rage, and similarly release them to regain their trust. There is another option to play sound in the room to provoke or calm the subject. Sometimes you may ask a question and the subject gives a non-committal response. You will have a note against that question saying things like, “the subject may respond better with feelings of joy”, so you would play sounds that evoke joyfulness.

Once you complete an interrogation, the game’s view shifts to a wide room that has a desk, a monitor on the wall showing adverts, and a recharging station/bed. Again, we can’t get up walk around and are stuck sitting at our desk. There is a file on the desk which you open and contains a service report outlining your findings and whether Kronos agrees with them. If they agree with your response and the evidence aligns, you will gain company ranking. If evidence was inconclusive, you remain neutral and if you were incorrect or defied orders, you’ll lose ranking.

My first few subjects were relatively straight forward, and I obtained enough evidence to be confident enough to determine their fate. As I gained company ranking, you gain access to more interrogation tools, like the sound options. However, a few cases in, I had Kronos insisting that I find evidence to prove this subject guilty so that they can keep public face in the media, yet the android was just following standard operating procedures. They had to arrest a deviant android and used excessive force, which is standard if the subject resists. But the public bystanders, not able to easily tell an android from a human, saw this act as an android seriously injuring a human.

I also had a mysterious source saying I needed to let this one go, and so I was really torn as he had done nothing wrong, based on the evidence I had gathered. It was getting pretty stressful because Kronos kept sending messages saying, you must decide now! I decided, fine, I will decommission this unit to keep face with them. In the service report, despite successfully decommissioning the unit as tasked, I did not gather sufficient evidence to prove that he acted against protocol and needed to be decommissioned, so my ranking went from 66/100 down to 20! It goes to show I am no Rick Deckard.

Overall, Silicon Dreams is a fantastic cyberpunk interrogation simulator that takes inspiration from Blade Runner’s Voight-Kampff test, but adds much more life and emotion and tests your moral compass. The way you ask the subjects questions and how they respond, not only measures their emotional responses, it made me think and question my own emotional responses which kept me enthralled. If you’re a fan of Blade Runner and don’t mind heavy text-based story games, I highly recommend Silicon Dreams.

This review utilised a key provided by Future Friends Games and Silicon Dreams is available now on Steam. 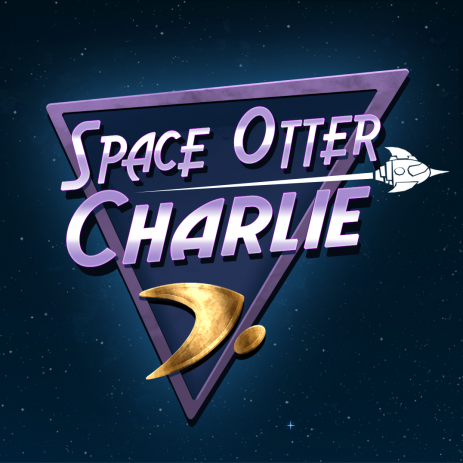