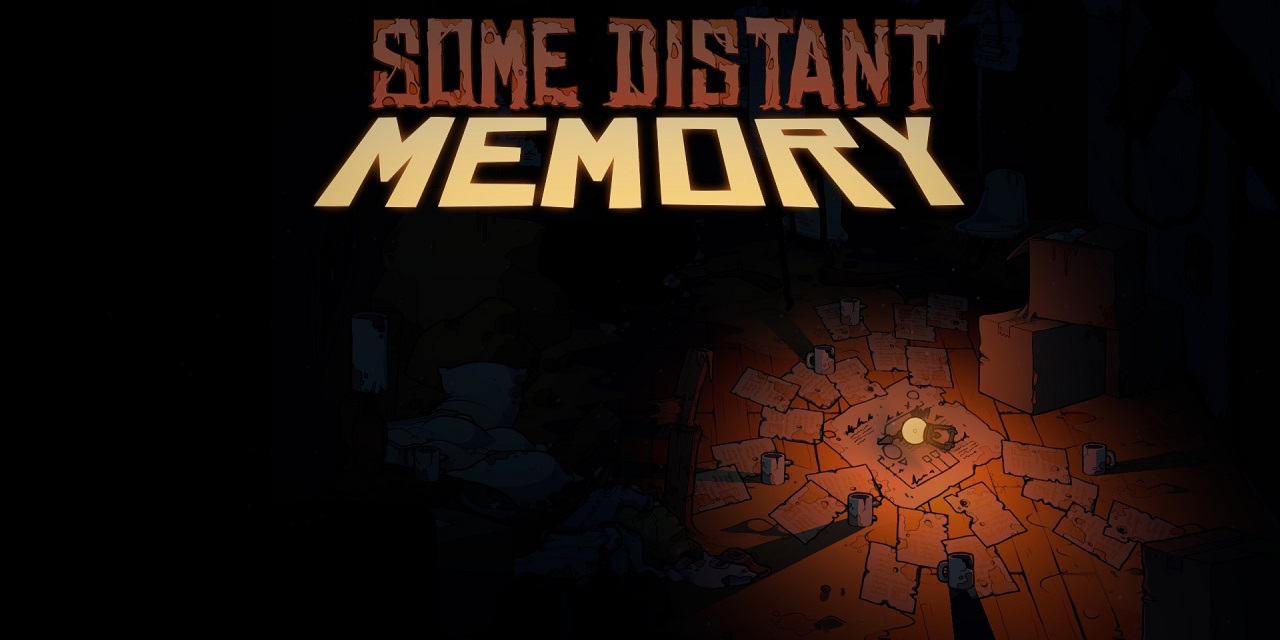 Some Distant Memory is one of those games for nights where you want to be completely immersed in a deep and meaningful story.

Some Distant Memory is a hand-drawn story exploration game developed by Galvanic Games and published by Way Down Deep. The game released on Steam and Mac OS X on November 15, 2019. Set 300 years after the apocalypse in Texas. Earth’s few surviving humans now live in self-contained colonies, protected from the bloom algae that consumed the planet during “The Collapse.” The most successful of these colonies, Ares, was originally built to prepare for life on Mars. Their mission long since abandoned, Ares now salvages wreckage from the wasteland that was once their home.

You are a leader of that effort; a professor and chosen interpreter of the Arora AI. However, centuries of bloom corrosion have taken their toll and resources are scarce. You spent the last decade searching for the Sunken City, a mythic trove of old Earth technology sealed away from the contamination of the surface. Arora says you’re on the right track, but time is running out.

The controls are very simple, and this is one of its strengths, allowing you to focus more on the story. Each scene has limited play space and you move Professor Zay with the WSAD keys. You hold Arora who lights the darkness around you. Communication between the characters is done with speech bubbles and an inaudible garble. Each character has their own unique voice garble which helped you to discern who was talking when you would drift off into their world. This wasn’t off-putting at all and added to the overall mysterious atmosphere of the game. When the Professor comes across a relatively modern artifact, the desert sand crumbles, and she falls into a deep hole. Landing on a mattress, Arora has barely enough signal to communicate back to the Commander.

As you navigate each scene you will come across objects that can be interacted with and you quickly realise you’ve stumbled upon an underground house which could be the famed sunken city. If some objects aren’t obvious, you can press ‘tab’ to scan the area which will briefly highlight them in yellow. Once you interact with these objects such as books, paintings, statues and newspaper clippings, Arora uses the data to form a digital fingerprint of that item. Details discovered from each item range from memories of that item, text messages, sticky notes attached to pages of a book, and so on.

As you search further into the house and read more of the item’s history, Arora starts to put all the discovered data into memory scenes. These are objects that can be viewed once you have found the required objects in that room, and Arora will project a memory sequence of something that happened in that room. We discover that in this house used to live an elderly couple, their daughter and the daughter’s son. As you progress through the house, you start to piece together the story and actions of this family.

Relationships between the characters are explored, as is the circumstances leading to the collapse and the downfall of human activity given the 21st century’s lack of care for the planet. The game’s futuristic sound effects and mysterious music really helps to put you into the shoes of the characters; not only the Professor who is discovering these items and memories but investing in the relationships of the characters within the memories. At the same time and amid the quest of discovery, there’s a calmness to the music and sounds that really adds to the atmosphere, drawing you into the story.

There are some puzzles in the game, such as working out how to open the garage door, but all sequences and events happen in relative order, so you never get stuck and there’s always a way to progress. The map shows you the rooms you’ve discovered so far, memories you’ve seen, any incomplete memories, doorways that can be opened and some impassable sections. In the bottom right corner, a counter tracks the number of artifacts/objects that you’ve found. This is ultimately your measure of progress through the game’s 4 hours of content and is a helpful tool if you missed some objects in earlier sequences.

You will need to do some backtracking at various points, but this makes sense as you piece together the story behind the characters and their relationships to each other which gets quite emotional. Without giving away spoilers, there was often feelings of impending doom throughout the game. Some parts were upsetting, some put a smile on my face with clever humour and the ending had me on my toes, hoping for the best outcome but preparing for the worst. It was a bittersweet ending to the game that left me hoping there’s more story DLC coming or a sequel.

Overall, Some Distant Memory is one of those games for nights where you want to be completely immersed in a deep and meaningful story. Like cosying up on the couch with a rug and reading a good book, this game gave me those warm feelings despite the emotional outcomes of the story. The music and soundtrack, coupled with the hand-drawn art, brings together an impressive game that touches the soul and gives you light reflection on your own life.

This review utilised a Steam key provided by the publisher for review purposes. Some Distant Memory is available now on Steam and Mac OS X.