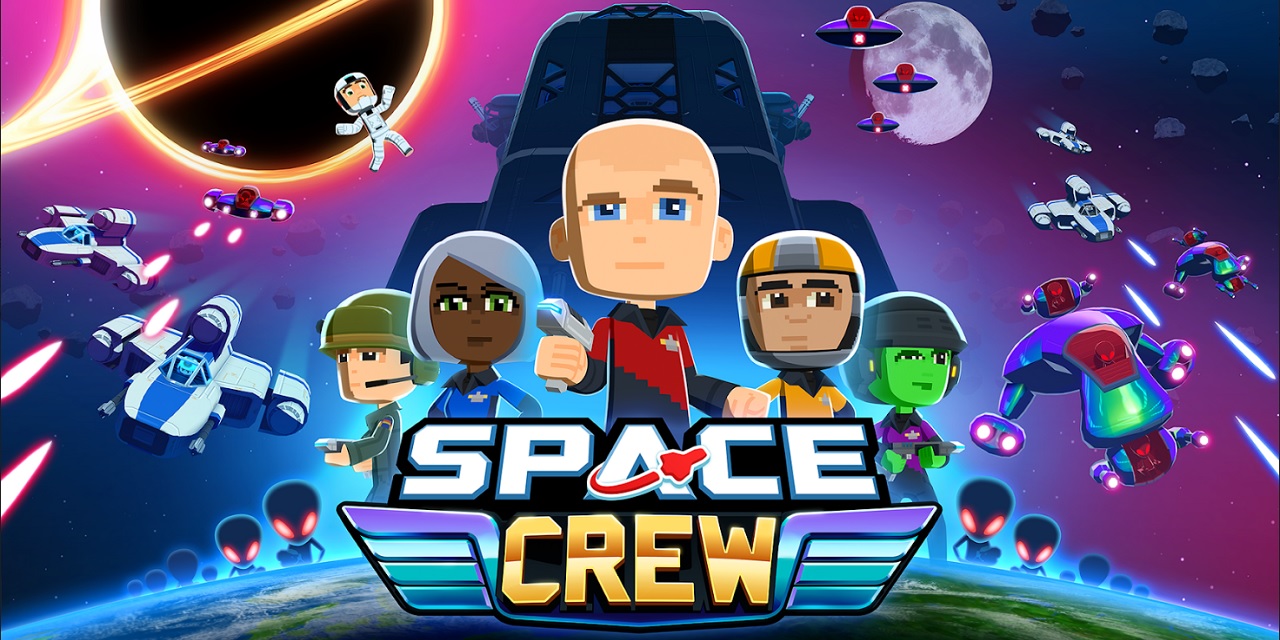 Space Crew is fantastic and insanely good fun, but also can be quite punishing.

Space Crew is a scifi management simulator developed by Runner Duck and published by Curve Digital, releasing on PC and consoles on October 16, 2020. It’s a sequel to 2017’s Bomber Crew, only this time you’re commanding a ship and crew of six in space, boldly taking you where noone has gone before. It feels like a mix of Star Trek and The Orville as you lead your team on away missions to defeat the threat to humankind. It’s awesome fun, hilarious at times and super punishing at other times, but overall is an easy-going game to play.

As a crew in the United Defense Force, you are enlisted to carry out various types of missions to defend Earth, such as reconnaissance to bounty hunts, reclamation and more. Precarious asteroid fields, harmful radiation, the freezing vacuum of space and black holes all pose a danger to your crew. If you’ve played Bomber Crew, you’ll know the essential gameplay elements of ship and crew management. The game’s tutorial does a very good job of teaching you these basics and how to handle yourself out in the black of space, all alone and having to fend for yourself. Your crew consists of a captain, comms officer, engineer, security officer and two weapons officers which are all fully customisable in terms of cosmetics. I liked how you could link everyone’s aesthetics so you have a full team uniform which was a good touch.

Your responsibility is to protect your valiant crew from alien boardings, getting sucked out into space (yes, this happened on one of my runs, oops!, running out of oxygen, system failures, ship fires and whatever else gets thrown at you each mission. It’s as intense as it sounds at times, and it’s these moments of seeing your crew triumph over adversity that keeps driving your progress. There were many deaths in my playthrough, often with entire crew wipes and ship explosions. If you have a crew member you have worked hard to build up over several missions, there’s escape pods available, if you can get them to it. If you do ultimately fail a mission and/or lose team members, once you’re back at base, it’s as easy as clicking “recruit all crew members” and boom, you’re back ready for action with a fresh crew. Thankfully you don’t lose any item upgrades from previous missions so you can equip the new team with these.

The mission variation is good, but after a few hours you do notice the same types of missions becoming available. However, there’s always the threat of a bounty target launching in with their cronies to attempt to board your ship. When that happened, all hell broke loose and I usually got overwhelmed. Being overwhelmed was a common thing for me, and this isn’t a negative attribute against the game at all. Once you have identified the enemy ships in your current system and targeted them all from an outside the ship perspective, your gunners will automatically shoot at them whenever they’re in range. That’s the easy part.

The real strategy of Space Crew comes with management of your crew in your ship. My first ship was called “The Chum Bucket” and it had four gun turrets around the ship. Early on, the ship has basic level 1 equipment, weapons and armour. Your engineer adjusts the efficiency of the ships systems, weapons, shields, engines and gravity. He also is the fastest at repairing other ship components like the engines and reactor core, though anyone can do repairs on the fly if they have to. You can command the captain to fly aggressively or defensively which will attempt to fly so your strongest shields face the enemy, but you need to keep a close eye on the shield capacity and hull/reactor damage.

Most often, gravity was the first system I sacrificed in order to boost shield regen or weapon strength. The comms officer has the ability to boost the shields back to 100% all around, but it’s on a significant timer so needs to be used sparingly. The security officer can purge parts of the ship if you’ve been boarded. I didn’t know this until after being boarded a few times – a game changer once I knew that! Each weapons officer has a focus fire ability which was handy if enemy craft were on one side of the ship or in close proximity to two turrets. It becomes very strategic as you try to balance all systems. When things eventually start to break down, you need to sacrifice one or more of the weapons stations to have crew members run, or float in my case, fixing the immediate problem. Usually this was a fire that started, or a gunner may have been injured so they need to run to the healing station or to get a med kit.

Within the ship is a limited supply of space suits, med kits, weapons and fire extinguishers. Fire in the vacuum of space is bad, so it’s best to put out fires as quick as possible. However, if you’re like me and turn gravity off in favour of boosting shields, floating from one end of the ship to the fire is agonisingly slow. When I finally got to the fire and shot off the fire extinguisher, naturally the force of the fire extinguisher threw my engineer backwards. Thus started me off cackling to myself as I watched my poor engineer shooting around the place trying to put out the flames.

While this was happening, and in between fits of laughter, everything else had gone pear-shaped. The port engine had been disabled, my forward gunner had been knocked out, the ships hull had been breached so oxygen was dropping at a rapid rate. My engineer dropped the fire extinguisher as he floated over to get a heal kit, managing to revive the captain who had suffocated. The fire flared up again, other crew members slowly died and then the ship blew up in my face. Epic fail! Back at the home base and in the mess hall, you can see a news bulletin scrolling across the screen that the whole crew had been wiped out on their last mission – RIP.

As you complete missions, providing you don’t explode like a number of my attempts, you earn research points that unlock equipment for the crew and the ship as well as earning coins to buy said equipment upgrades. Your crew members will gain experience and learn new skills at different level intervals, but ultimately if they die, they’re gone. Thankfully though any gear items you’ve unlocked can be used in future crews. I recruited a new crew, outfitted them and my ship in items I had acquired in previous missions, painted my ship and renamed it “The Chum Bucket MK II” and set off on my next adventure.

There are times where I had to do multiple missions to save enough credits to purchase much-needed upgrades on the ship which made a good difference in my ability to take on harder missions. There is repetition evident in the structure of missions, but they’re always challenging in different ways and you’re always offered a ‘fastest route’ and a ‘safest route’. Sometimes the safest route felt just as hard as the fastest route, but more often than not the fastest route has the higher risk involved. Management of each situation in each mission is always dynamic enough that it doesn’t end up feeling too grindy, but it does start to repeat the general gameplay loop. The missions are over quick enough that if it does feel to much of the same, just shut it down and play more later or the next day.

Space Crew is fantastic and insanely good fun, but also can be quite punishing. Whilst some of the missions were challenging, it drove you to do better each time, and with missions that only last about 15-20 minutes, it’s a great game to play in short bursts. Gameplay is super smooth with excellent sounds and space visuals, particularly in missions with asteroid fields. One day I would love to see a game in this series feature co-op multiplayer, even if it was limited to two players controlling three crew members each. I think it’d be even more fun and a bit easier to manager three crew versus six, and then mission difficulty scaled accordingly. One can hope. 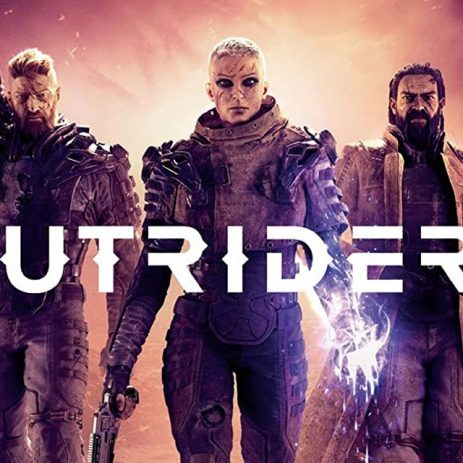