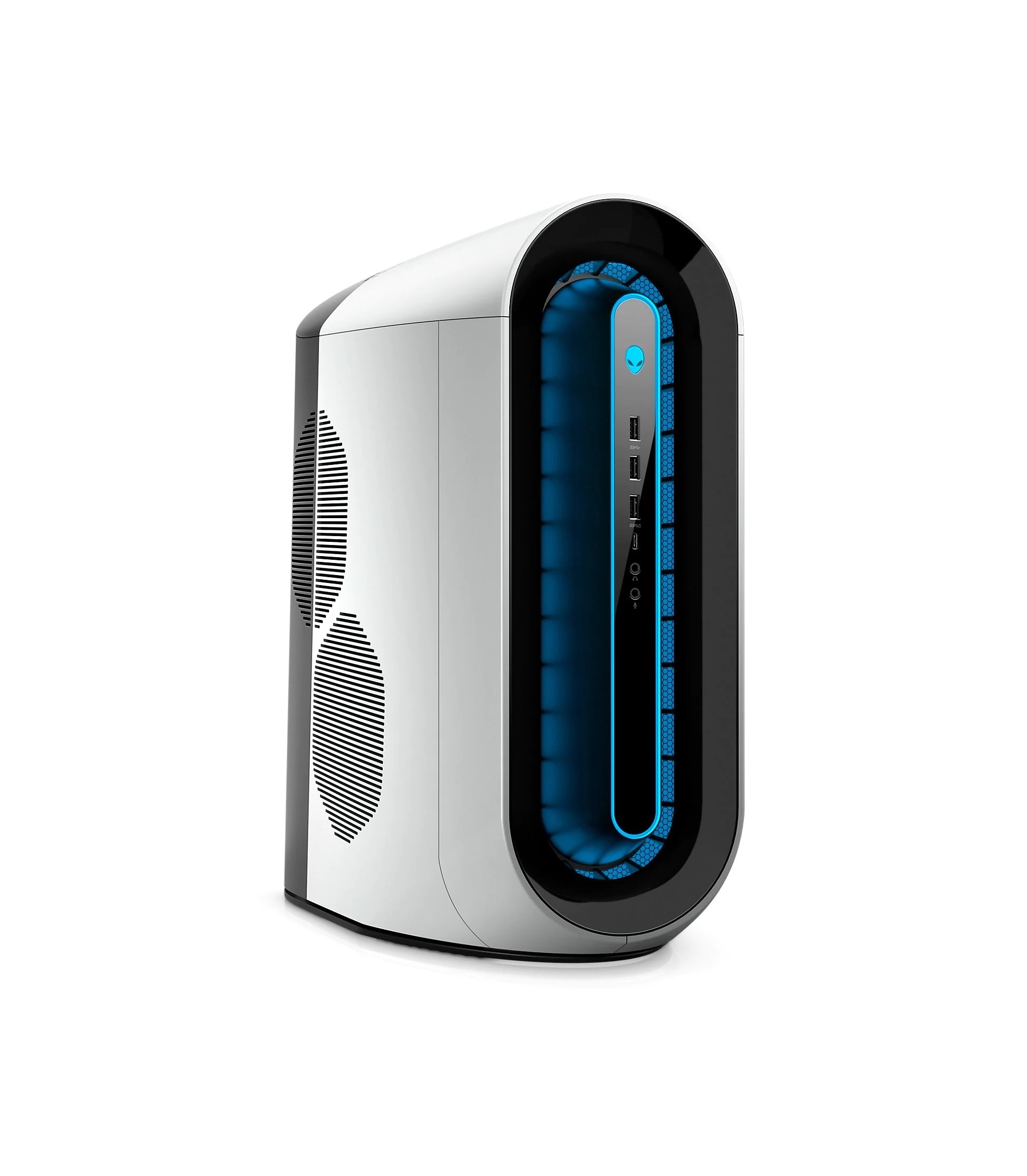 THERE’S something of a stigma around pre-built computers in PC Master Race circles; a feeling that to be a True PC Gamer™ you have to build your own system (or at a minimum, select all the components you want and have someone at a decent computer store put it all together for you).

While this view exists partly due to the higher cost of prebuilt systems, there’s also an element of gatekeeping here, a sort of idea that if you were really serious about being a PC gamer you’d hand-select every component for maximum gameability, customisability and internet points.

The part of me that likes to be a bit pretentious about stuff sometimes is also tempered by the part of me that knows this approach is just silly – after all, no-one says you shouldn’t be allowed to drive a car that you didn’t build yourself or eat food you didn’t cook.

Sometimes, there is a time and a place to simply lay out a stack of coloured pieces of polymer with a numbers and the words “Legal Tender Throughout Australia” on them and watch as your problems are suddenly solved.

The Alienware Aurora R11 gaming desktop is a perfect example of this philosophy.

While PC Master Race purists may be throwing Holy Energy Drink on their screens right now to banish the unutterable heresy I am indeed about to utter, not everyone who enjoys PC gaming has the technical wherewithal or inclination to build their own system, and it’s OK to buy a pre-built system as long as it’s from someone who knows what they’re doing.

Alienware are very much in that category, and although they are better known for their gaming laptops their desktops are equally good and well-regarded – and for good reason.

The Aurora desktop is very much a gamer’s gaming rig, starting with its external appearance.

Measuring 481mm high by 223mm wide by 432mm long, it’s well sized – big enough to fit everything and act as a statement piece, not so huge you won’t be able to fit anything else on your desk.

It also weighs 18kg, which isn’t really a huge consideration in buying a tower, because generally once you set them up the idea is it says where it is – although occasionally you’ll see some absolute mad lad on the internet setting up a tower, monitor, keyboard and mouse in somewhere impractical like an airport departure lounge, so if you’re one of those sorts of people, the information might be useful.

The design itself on the review unit was rounded “Lunar White” style found across the Alienware range, including their laptops and monitors. I rather like it, but then I also grew up in an era where computers were beige, keyboards were also beige, mice were a sort of off-white that soon became beige, and the only peripheral that wasn’t beige was the joystick, which was black with red buttons – although there were also beige joysticks available if you wanted to keep the theme going.

The Alienware Aurora system I reviewed is more or less the absolute top of the range across the board – Intel i9-10900K processor (Yes, I know the 11th gen processors have just been released but they hadn’t been when I got the unit), 32GB RAM (there is a 64GB option), 1TB NVMe SSD and a 2TB HDD, along with a Wi-Fi 6 connection to complement the standard Ethernet options too.

The crown jewel in the rig, however, is the Nvidia RTX 3090 GPU – which, like most 30-series GPUs, is still largely unobtanium on the open market nearly six months after they first released

There is, in short, almost no PC game out there right now that I’m aware of which this system cannot handle.

I’ve spent the past few weeks putting the Aurora through its paces and it has been absolutely flawless across the board.

One area the unit really shines is in VR. I connected an HTC Vive Cosmos Elite and was able to run Half-Life: Alyx, No Man’s Sky, Arizona Sunshine and a bunch of assorted VR games with no issues at all. Buttery-smooth, no tearing, no artefacting, no long loading times, it was top-shelf stuff all the way.

That same experience carried over into conventional gaming as well. I tried a range of titles on it – everything from Assassin’s Creed: Valhalla to Mr Prepper to Transport Fever 2 and, as you’d expect, it ran them magnificently.

The initial setup was delightfully straightforward too. Everyone who’s built a PC knows the frustration and agony of putting it all together and then discovering the system won’t post or load the BIOS because some random wire needs to be jiggled a little bit – but not that way, the other way, no wait, actually maybe it was that way – or the motherboard hates the RAM you’ve installed or it’s sulking because it has this terrible pain in all the diodes down its left side or something.

There was none of that with the Aurora. Plug it in, turn it on, it booted up, quick Windows 10 setup and away you go.

I was impressed by the system’s cooling capabilities; even the most demanding games such as Watch Dogs: Legion at full power never caused the GPU temperature to get over about 74 degrees.

I ran the system through 3D Mark’s Time Spy and Port Royal benchmarks, where it recorded results of 17923 and 12394 respectively. Both these tests were done without adjusting any of the system settings, except going into the Alienware Command Centre and setting the power options to “High Performance” – in other words, trying to replicate an ‘out-of-the-box’ use scenario.

Assassin’s Creed: Valhalla benchmarked at an average of 96 frames per second with all settings maxed out in 1080p, topping out at 166fps, and as you can imagine, was silky smooth when playing it too.

The noise levels were surprisingly low, too – I stuck a decibel meter up against the R11 tower while running Assassin’s Creed: Valhalla at max settings in 1080p and it measured between 58-60dB (no louder than a USB desk fan), and was completely unnoticeable when wearing a headset (you are wearing a headset when you game, right?)

All this awesomeness comes with an eye-watering price-tag, however. Right now, the system as reviewed costs around AUD$8,399 – in other words, it’s literally worth more than my car, and as cool as it would be, I can’t drive the Aurora R11 to the supermarket to buy groceries.

The high price tag doesn’t make this a bad system, however. It just makes it an expensive one, and unappealing to a lot of hardcore PC enthusiasts as a result.

Would I, personally, spend $8.5k on a desktop gaming rig? No – because I don’t have that sort of money and have just enough technical know-how (or friends and family who I can lean on for help) to make a system for less.

Not everyone has that luxury, though, so if you have FIFO money or your butler doesn’t have any PC-building skills or you just want to know you’re getting the top of the range without any stuffing around and damn the cost, then the top-end Aurora R11 as reviewed is a sure-fire bet and will get you up and running at the top edge of gaming with no hassles – except lifting all that money onto the counter to pay for it.

It should also be noted there’s a large range of desktops in the Aurora R11 line-up, and while I’ve been getting around in the gaming equivalent of a Maserati Ghibli for this review, there are more modestly priced systems in the Aurora R11 range, such as an configuration with an i7-10900F processor, 16GB RAM, Nvidia RTX 2080 Super graphics card, 512Gb SSD and 1TB HDD for AUD$2960.

From what I’ve seen of Alienware’s stuff generally, everything I’ve said about the build quality, design and cooling capabilities for the Aurora R11 should be applicable to the more affordable models.

Yes, there’s a premium involved to get a pre-built system, but in this case, the Aurora R11 system just works, and works extremely well – which means more time gaming with all the settings turned up to 11. 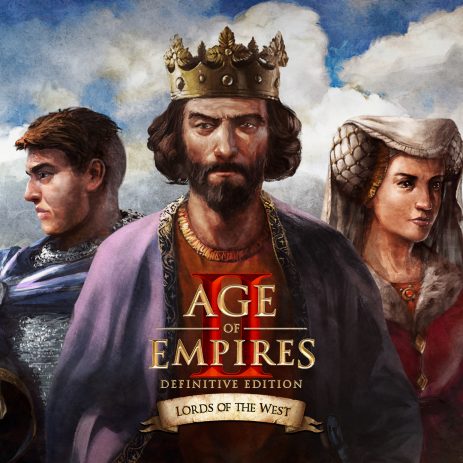