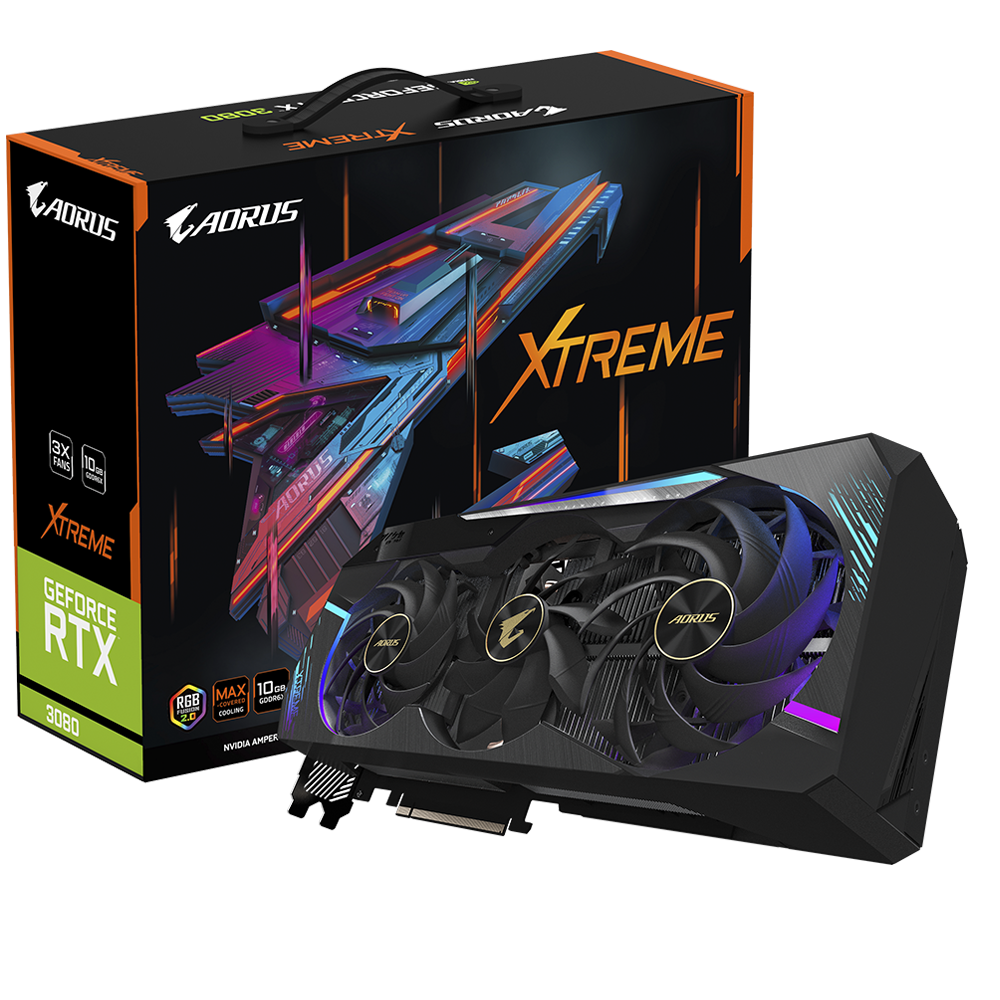 THERE is no doubting the Nvidia RTX 3000 series graphics cards are one of the most significant things to happen to PC gaming in quite some time, and demand for them is still incredibly high several months after they were released.

Fortunately, we’re starting to see more of the cards make their way onto the market (and become available for review) and the folks at Gigabyte kindly made one of their Aorus GeForce RTX 3080 Xtreme graphics cards available for me to review – and it is a significant card in every sense of the word.

The Aorus GeForce RTX 3080 Xtreme is, without a doubt, the largest and chunkiest graphics card I have ever encountered.

It is absolutely massive, measuring 319mm long by 140mm wide and 70mm high – it took two of my PCIe slots out of action because of its physical size – and it weighs about 2kg.

It boasts three fans, an LCD screen (more on that in a bit) and needs three eight pin power connectors; Gigabyte say the system needs a 850W power supply. I have 1200W because worrying about power bills is pedestrian, but it’s still something to be aware of; I had a fun time searching through my parts box to find the additional power cables that came with the Power Supply Unit so I could connect the card to power.

That sense of power continues under the bonnet too, with 10GB of VRAM, 1905Mhz core clock and 19,000Mhz memory clock.

So, let’s assume you’ve A) Managed to find one and B) have enough space in your tower and C) have a beefy enough power supply to run it. How is the Gigabyte Aorus GeForce RTX 3080 Xtreme?

I was running Assassin’s Creed: Valhalla with everything at max in 1440p and getting 90fps, with the same results in Control.

Cyberpunk 2077, even with all settings at ultra (including RTX) was running smoothly on ultra settings in 1440p at 60fps minimum, even when there was a lot happening on screen.

For all three games, the temperature topped out at 75 degrees (compared to around 83 on the RTX 3070 FE) and there was still plenty of headroom on the RAM front too. Idle temperature was between 36-38 degrees (depending on the ambient temperature, which hasn’t been too bad lately).

Literally every game I played was butter-smooth with all the settings maxed out; it was a great feeling not having to fiddle with anything and know I could just turn everything up to maximum and let it do its thing.

The card performed very well in 3DMark benchmarking tests too, recording a score of 16884 in Time Spy v1.2.

All this comes at a price, though – you’re looking at around AUD$1,749 at time of writing for one of these cards. It’s a premium product for a knowledgeable audience with a price tag to match, and while I personally might balk at spending nearly $1800 on a graphics card, there’s a lot here and it packs a lot of punch no matter what your gaming needs are. At time of writing it was also sold out from nearly every major computer parts retailer in Australia that I checked too, so there’s a lot of people who

As with all my graphics card tests, I haven’t tried overclocking the card because I’m working from an “average gamer” approach, which means “Plug it in, update drivers, play games”.

As with most graphics cards, though, the option to fiddle with some of the settings is available via MSI Afterburner; adjusting the fan profile is about as far as most people are likely to go and this is very straightforward.

The build quality is good too – as I mentioned earlier, it’s a hefty card so the metal backplate and general quality of the build add to the overall package quite significantly. I was concerned at the possibility of the card sagging due to its size and weight, but so far there have been no issues at all there; it’s stayed in place on my ROG Strix Z490-F motherboard very happily (although as I mentioned before; it’s so large it effectively takes up two PCIe slots).

The colour LED screen is a bit naff, however. The default display is the Aorus hawk-man mascot (who bears something of a resemblance to Pharah from Overwatch) but it can be changed to display other stuff including system information or memes/gifs, although you need to use the Gigbabyte RGB Fusion software to change it, and it didn’t want to work with my PC for some reason, so I left it with Hawk-Person.

It’s a neat little gimmick though, but if you’ve got a solid-sided PC then you’re not going to be able to see the screen anyway, and if you want performance data then something like MSI Afterburner is going to be a better bet, especially as it will also let you tweak some of the card settings too.

The card boasts six display outputs – three HDMI, three DisplayPort – which seems a little excessive, but it’s nice to know the option is there to run an entire wall full of monitors off the card if you want to feel like you’re running mission control for a satellite launch or something. Two of the HDMI connections are HDMI 2.1 capable, the third is HDMI 2.0 – so if you want to plug this into a cutting-edge 4K TV, you’re all set.

One of the other aspects which has impressed me is how quiet the fans are – while you can hear them, they’re extremely quiet and they weren’t noticeable at all through my headset. Despite being so quiet, they offer excellent cooling even under full power, demanding conditions.

Having spent a few weeks with the card, the only major issues I see with it from an “average gamer” perspective are its size, its energy draw, and its cost. It really is a massive card, and unless you’ve got a lot of space in your tower (not only for the card, but for the cables) then even fitting it in may be a challenge, and without a big power supply you’re not going to have a great time either. The cost is a more subjective issue, because $1750 is a lot of money. An RTX 3070 will set you back around AUD$1000-$1100 at present (again, assuming you can find one in stock), so the extra $600-$700 for this card simply might not be in the budget or be a wise financial decision for many gamers, especially people who are still running 1080p.

For serious enthusiasts and power gamers however, it’s fairly safe to say that right now the Aorus GeForce RTX 3080 Xtreme can handle anything (gaming-wise) which you can throw at it, and offers an excellent “play it all” experience no matter what sort of gaming you like. While it’s overpowered for strategy, RTS and other graphically undemanding games, if you’re a fan of graphically impressive and performance-hungry games, this is definitely a card you want to be considering.

If you’re looking for something that’s in the next tier up from the RTX 3070 but don’t need the ludicrous power the RTX 3090 offers, the Gigabyte Aorus GeForce RTX 3080 Xtreme is perfectly positioned to fulfil your needs, both now and for the foreseeable future. The main challenge would appear to be finding one to purchase – but if you manage, I don’t think you’re going to be disappointed. 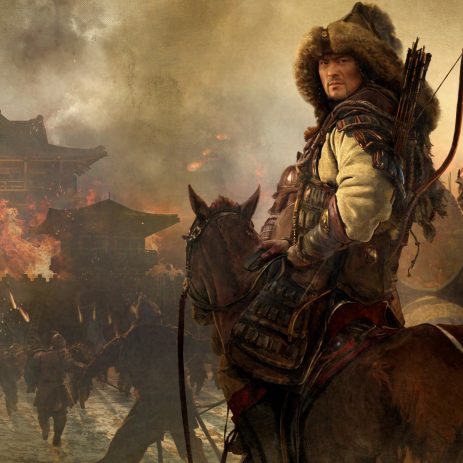 Stronghold: Warlords – a review from the parapet