I RATHER like trading games, especially ones that let me pretend I’m wearing a fancy uniform and sailing around in a cool ship, possibly getting into battles with pirates, the Spanish, or other traders.

The Invisible Hand, developed by Power Struggle Games and published by Melbourne-based Fellow Traveller for PC, is not that sort of trading game.

The game casts you as a stock trader (like from The Wolf of Wall Street) at an ethically flexible company called Ferios. Your job, essentially, is to make money by buying and selling shares, and if you have to engage in some dubious or outright illegal conduct to get rich, then go ahead and do it (Spoiler: You have to do dubious and illegal stuff).

The game goes beyond buying/selling/short-selling shares, too. You can pay lobbyists to influence currency valuations, resources, and material values up and down so you can profit accordingly.

For example, I paid a group of lobbyists to boost the value of a particular country’s currency, then made a fortune selling the shares I owned in a coffee company based there – just before the authorities stepped in and normalised the currency value again.

The day trading elements of the game are quite fun in their own right and I would have liked to see a more in-depth and involved trading element to the game.

Ultimately, however, none of it matters as The Invisible Hand has a linear story (which you can get through in a couple of hours) with more or less the same outcome regardless of whether you did everything by the book, invested ethically and didn’t engage in insider trading – or whether you went all in on the white-collar crime thing, insider trading, destabilising currencies and splurging on consumer goods for yourself.

The writing in the game is quite well done and amusing, too. Graphically it’s nothing to write home about, but most of the game is sitting in front of a computer screen watching numbers and graphs change, so it doesn’t exactly need to be CyberPunk 2077 on that front either. I will note the game doesn’t display well on ultra-ultra-widescreen monitors; I’m currently using a Samsung Odyssey G9 (5120×1440) and had to drop the resolution to 2560×1440 so I could see everything on the in-game computer screens properly and click all the buttons I needed to click on.

The game’s title refers to an economic theory first espoused by 18th century economist Adam Smith, which posited that individuals acting in their own self-interest would have unintended public and social benefits; nowadays it is now broadly interpreted by the layperson as “A Wizard Did It” when it comes to working out what motivates market fluctuations, share prices, and other opaque financial abstract elements.

Of course, the game also makes it clear that your character (and their colleagues, and by extension all big investment interests) are the ‘wizards’ moving the market around.

While from a gaming perspective it ends up a bit disappointing, from a “Games as Art” perspective there’s a worthwhile message here about the broader consequences of seemingly unrelated actions – messing with natural gas prices, for example, can cascade into triggering a civil war – and pointing out that the relentless pursuit of profit above all else is ultimately hollow and meaningless.

Your character can spend millions on houses, cars, art, furniture and parties but for the most part these things are simply photos on your desk – because your character (much like a real-like high-powered corporate type) spends so much time at the office they don’t get to fully enjoy the stuff they’ve acquired with the fruits of their efforts.

As a game, the lack of depth and linear outcome mean The Invisible Hand isn’t going to be on any Game Of The Year contender lists, but from an artistic angle the message – while not exactly a surprise to anyone who’s been paying any attention to anything in the world since the 1980s or so – comes across very effectively in an interactive format. From that perspective, it is worth experiencing, especially if you’re looking for a virtual insight into how much of what goes on in the world is shaped by forces totally out of our collective control. 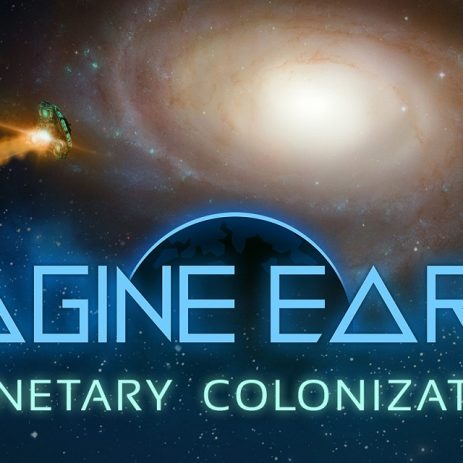