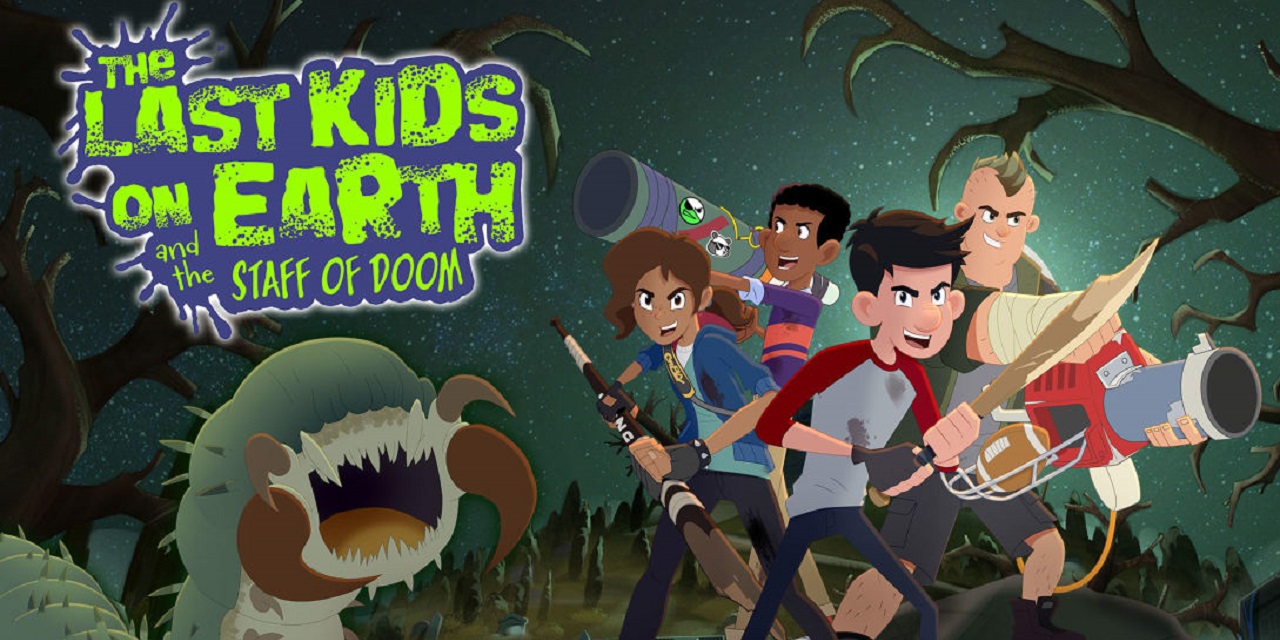 The Last Kids on Earth and the Staff of Doom Review

The Last Kids on Earth and the Staff of Doom is a semi open world co-op aRPG set in the same world as novels and TV series, The Last Kids on Earth. This video game adaptation released on June 4, 2021, on Steam, Xbox, PlayStation and Nintendo Switch by Stage Clear Studios and Outright Games. I was not aware of the original novels and TV series, but the aesthetic and gameplay trailer looked like good fun. As my oldest daughter is now four and showing an interest in video games, I am starting to broaden my horizons in games that will be appropriate for her to play as she develops. We recently played through two Paw Patrol games, published by Outright Games, and I was given an opportunity to review The Last Kids on Earth and the Staff of Doom.

Whilst the game depicts killing zombies and monsters, there’s no blood, they drop slices of pizza in place of health potions and the story is kept light-hearted and upbeat, with the kids making jokes and using humour throughout their experience. The cartoony aesthetic and isometric view helped to keep the combat at arm’s length. The Last Kids on Earth novels, by author Max Brallier and illustrator Douglas Holgate, date back to 2015 and there are now seven books in the series. The first three books have been adapted to Netflix as tv series’ and now having played the game, I will give them a watch in the coming weeks. Interestingly, there has been a new interactive episode released recently called The Last Kids on Earth Happy Apocalypse to You.

In The Last Kids on Earth and the Staff of Doom, we play as Jack, Quint, June and Dirk. A zombie outbreak hits their hometown of Wakefield, Massachusetts and they are in search of the missing pieces of the ultra-powerful Staff of Doom. Meanwhile, Malondre, Queen of the Slime Monsters, also seeks the Staff to summon Rezzoch the Ancient, Destructor of Worlds. The art style used in the game is reflective of that in the TV series which is great for continuity between the mediums.

The characters are all voiced in the game by the original cast from the TV series, however their voices are only used in the comic book style cutscenes. Ordinary dialogue in the semi open world is just text-based. Given there are four playable characters, it means that you can play couch co-op with up to three others. Jack is the default character, though I chose to start playing as Quint who uses a bottle rocket launcher for ranged attacks, whereas Jack has a broken baseball bat for melee attacks. Dirk uses a two-handed ice hockey stick and June has a special fist weapon that shoots projectiles. While the starting equipment starts off simple, so too do the zombies with the first type able to take down in 1-hit, and the faster zombies took 2-3 shots. You can use light and heavy attacks, as well as a special ability. Quint can put down a clapping monkey that attracts monsters to it, Dirk’s ability puts a slow field down, while Jack and June’s abilities are area effect damages.

Throughout the game zones are chests that contain scrap, which is the game’s currency, as well as rare blueprints. The blueprints unlock new weapons and armour for the characters, turret upgrades for the tree house and upgrades for the Big Mama vehicle. The blueprints unlock some whacky weapons, such as a guitar and stop sign for Dirk, and variations of the core weapon types for the others. What is cool though is that once you find a blueprint from a particular zone in the game, it will unlock a variant of weapon for each of the four characters. The armour sets can be swapped onto whichever you choose as your main character, and there are stations spread through the game where you can swap characters if you feel like changing from melee to ranged. Occasionally a horde of zombies will attack the kids’ treehouse and so you must defend it in a tower defence mini game where you set up three turrets and then can engage any stragglers yourself.

A little into The Last Kids on Earth and the Staff of Doo you will unlock Big Mama which is a vehicle to speed up travel around a zone. You can run down zombies and knock over items to collect more scrap;. If you are playing co-op, others can sit in the tray and shoot the mounted turrets. There are also Big Mama challenges within each zone that require you to collect all the red scrap within a time limit. As you build up scrap, you can spend them to upgrade the weapons, armour and turrets you find, but you’ll need to upgrade the treehouse itself in order to obtain higher level items.

There is also the Wormugulous which is a huge underground worm creature that you hop onto and it fast travels you between zones, so it is quite easy to make your way around the game world. There’s heaps of questions marks on each zone map which indicate a chest to find or there could be comics to collect, so there’s heaps to do outside of the main missions. Side missions occasionally pop up with characters you have rescued along the way. It is important to return to the tree house regularly to upgrade your equipment and check for side missions.

The overall difficulty of the game is decent, with some of the boss fights being slightly challenging for me. Occasionally I would get swarmed by zombies, and while you can dodge away, your stamina is also used for heavy attacks. Using your grenade and dodge abilities are the best tactics, however once you get to district 3, you can start recruiting allies to summon and help you temporarily. There’s canine monster Rover, horned ogre Biggun, Skaelka the warrior, and the sword-wielding sorcerer Bardle. These allies can be summoned when their summon bar has been filled by defeating enemies. You can also upgrade your allies’ attacks, damage radius, speed and more.

Overall, The Last Kids on Earth and the Staff of Doom is a lot of good light-hearted fun and another great game for young gamers over eight. Even this almost 40 year old gamer got right into it and couldn’t put the controller down. It’s a decent challenge for the target age group and the content is balanced with great cartoon graphics and humourous story elements. It has all the hallmarks for an aRPG with 4-player couch co-op and lots of collectibles and upgrades to extend your playtime.

This review utilised an Xbox key provided by Swipe Right PR. The Last Kids on Earth and the Staff of Doom is available now on Steam, Xbox, PlayStation and Nintendo Switch. 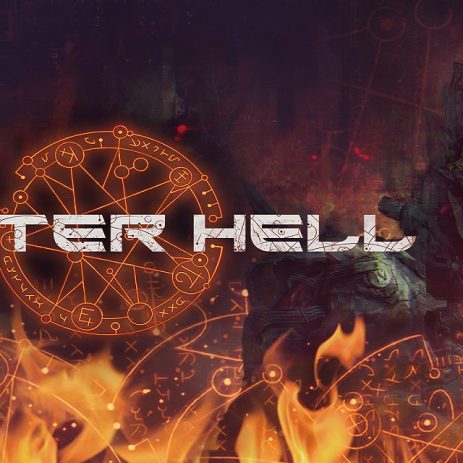