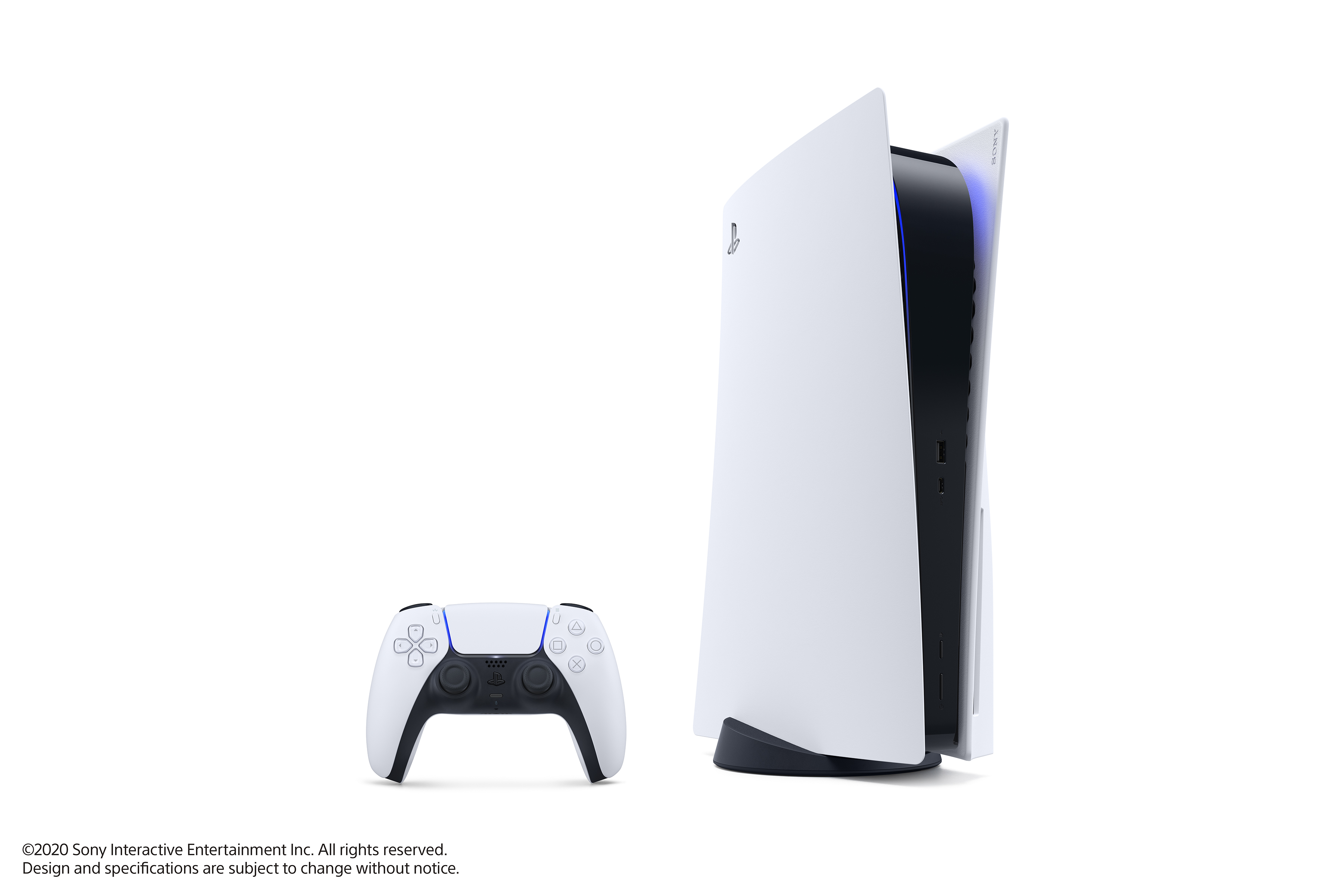 THE Sony PlayStation 5 is what we would have called “a statement piece” back when I was a real estate writer.

The review unit Sony kindly provided measures in (according to the official specs) at 390mm x 104mm x 260mm and weighs 4.5kg – and boldly establishes its presence in your gaming space, with its space-age inspired design sending not particularly subtle messages about The Future in the process.

Of course, you can see the pictures illustrating this article for yourself so you know what it looks like, and I’m not going to re-hash the technical specs here (they’re all on the Official PlayStation blog if you haven’t seen them yet) – the real question is “What’s it like to game on?”

Short version: Faster than a PlayStation 4, with a better controller.

There’s no doubting the unit boots up faster, loads games faster, and generally handles all currently available games on its platform without breaking a sweat, thanks to its SSD storage as well as its advanced processor and graphics processing unit.

How fast is it, though?

Given the unit’s futuristic spaceship aesthetic, I thought it appropriate to use an astronautically-appropriate chronograph to time; so to that end, I tested the loading times using a modern Russian reproduction of the Poljot Strela Soviet Cosmonaut’s chronograph watch

The time from me pressing the PS button on the controller to power up the console (which had been fully turned off) to arriving at the “Welcome back to PlayStation” screen?

The load times on the games I installed on the system were similarly impressive – on Marvel’s Spider-Man: Miles Morales, the load time from me pressing “X” to launch the game to arriving at the start menu was 34 seconds. If you just count the time from launch to the “Sony Interactive Entertainment Presents” intro screen:  Five seconds.

Now, Miles Morales is designed for the PlayStation 5, so I decided to get the Strela out for a range of other games to see how the PS4 handled them. All these games were digital copies (ie, no disc – they were purely on the PS5’s SSD).

First up was Ghost of Tsushima, which clocked 29 seconds from launch to title screen (six seconds from launch to ‘SIE Presents’ screen), which is excellent. It’s also fair to say developers Sucker Punch knew the PS5 was coming and designed the game to have at least some optimisation for the new console – but what about games made back when the PS5 wasn’t officially announced?

I rounded it out with Strange Brigade (2018), which reported back with 21 seconds and seven seconds respectively.

As a comparison, I also tested some of the disc-based games I had on hand, namely Assassin’s Creed: Origins, Uncharted 4: A Thief’s End and Metal Gear Solid V: The Phantom Pain.

All of the games worked perfectly and loaded without any issues (The games get copied and installed onto the PS5’s SSD, so you don’t need the disc afterwards except to launch the game; a kind of DRM) – Uncharted 4 in 30 seconds (12 seconds to ‘SIE Presents’ screen) and Assassin’s Creed: Origin was 37 seconds to start menu and five seconds to the epilepsy warning screen Ubisoft put up as soon as a game launches, and in true Hideo Kojima style, Metal Gear Solid V did its own thing taking 1 minute and nine seconds to get to the start menu.

I couldn’t work out which screen counted as ‘first contact’ for the purposes of effectively timing that one; and there were a lot of production title cards etc between launch and the start menu in Metal Gear Solid V.

I’m going to take a moment to address the fact that the older games still look amazing, but they don’t appear to get much (if any) enhancement from the PS5. Keep in mind PS4 games look really good anyway, so it’s not a criticism, but more of an expectation management thing. Sony have said some of the games will get a framerate boost, however.

The takeaway is this: PlayStation 4 games do work just fine on the PlayStation 5 – particularly the popular ones – and look and play at least as well as they did on the PS4. Of course, there are a few exceptions to the backwards compatibility thing, so don’t be too upset if that niche title you like that was released by a now-defunct studio back in 2014 doesn’t work.

The TL;DR version is the all the games except one which I tested would go from “launch” to “start menu” in about 30 seconds.

As impressive as that is, the real leap forward with the PlayStation 5 is its DualSense controller, however.

Keeping the same “Sci fi movie spaceship” aesthetic as the PS5 itself, and retaining the features of the PS4 DualShock controller that preceded it the DualSense controller looks cool, is comfortable to hold, well made, and has a couple of neat features I hope we see a lot more of from PS5-exclusive games.

The most notable is the haptic feedback in the unit, which goes beyond the vibrations of the DualShock controller. The DualSense feedback is more tailored and nuanced – an excellent example is in Miles Morales where the controller vibrates gently to recreate a subway wheels going over tracks as it travels through the New York Subway tunnels.

The trigger resistance can also be adjusted by the software, with plenty of potential for everything from simulating struggling to move something to giving in-game weapons different trigger pulls or attack feeling.

The controller also features a microphone, which is demonstrated in Astro’s Playroom (included with the PS5 as essentially a fun DualSense controller capability tech demo) as being useful for a situation where you blow into it to simulate a wind gust; I’m sure developers will find other applications for it in due course as well.

Whether or not the new features in the DualSense will get used much (very few games used the DualShock’s speaker, for example) remains to be seen, but it’s good they are there as an option for future game development.

The PlayStation 5 user interface is broadly similar to the PlayStation 4 – although it looks nicer and is more responsive –  but not quite as easy to navigate in my opinion.

While the basic layout is the same, things like “turning the PS5 off” now require pressing the PlayStation button on the controller a second time to open up the menu bar which can be scrolled across to sleep or switch off the unit. It’s a minor thing, though.

There are some nice touches in the menus too; such as when you put the cursor over a game title such as Ghost of Tsushima, it will play music appropriate to the game while it’s displaying all the game details.

It’s also worth noting the PlayStation 5 comes in two versions: The version with an Ultra-HD Blu-Ray/Game Disc optical drive, and an ‘All Digital’ version which is otherwise identical, but lacks the optical drive (and is a bit cheaper). Both units can sit vertically or horizontally depending on your available space, too.

Based on what I’ve seen with Miles Morales and the Astro’s Playroom games, the PlayStation 5 is a powerful gaming unit thats full potential won’t become apparent for a little while – once we see designers making games for the PS5 but not the PS4, we should start to see a lot more of what the system is capable of and how it can impress us even more.

Right now (as in, at time of writing) from a gaming experience perspective the PlayStation 5 is a leap forward, but it’s not a quantum leap – but that will almost certainly change as the generation evolves, and I can’t wait to see where the system and its game develop from here and what new experiences we can look forward to.

The PlayStation 5 will launch in Australia on Thursday, November 12, 2020.