The Touryst was a surprise hit that kept me coming back for more as I delved deeper into the puzzles and adventure.

The Touryst is an action-adventure puzzle game developed and published by Shin’en Multimedia. It originally released in November 2019 for Nintendo Switch and then July 2020 for Xbox One and PC. An enhanced version of the game released for Xbox Series X/S as a launch title on November 10, 2020 which this review will focus on. Had this not been a launch title for the Xbox Series X and part of the review codes we were sent with the console unit, I may not have had the joy of experiencing this amazing game, so I am glad to have had the opportunity.

You play a tourist who has been dropped off at Touryst Island via boat. At first the voxel-based art style and simplistic gameplay almost made me shelve it, making me think this was aimed at a younger audience. My little guy ran his tiny legs up onto the beach, I noticed the palm trees, beach lounge chairs, the grass, flowers, and beach shacks were all voxel based which reminded me of Minecraft and Lego. This meant it was a game that I could happily and safely play in front of my two daughters, who are aged 3 and 9 months, and not have to worry about the content they could potentially watch.

Down the beach, there was a lifeguard up a tower who told me to not swim too far out and stay where he could see me. Another girl was marveling at the sun over the ocean. I did notice the sun’s rays shining through the palm leaves which was a cool effect for this kind of game. It really did feel like I was on an island getaway. I noticed there were some coins that I could collect, though some were on top of trees which I could not reach due to the tiny jumps my character could do. There was not much real estate to run around though and no instructions of what to do next.

Exploring further I saw a stone monument on one little island off the coast, and further along was a series of stone buttons with a sign basically saying, “native inhabitants believe these stones will unlock something.” Using the stone buttons opened the top of the monument where I jumped in to find an old man who explained I had to find four monument stones and bring them back to him. Thus began the main quest line and off I went exploring the other initial islands which were a joy to explore.

After a little while, The Touryst started to give me nostalgia of playing old point-and-click adventure games. The humourous but limited dialogue with varying island characters, collecting items in my inventory, some of which are used to solve later puzzles, and progression that is simplistic and relatively linear but still has branching paths required to solve the puzzles. There is a fair amount of back and forth between island locations but transitioning between islands is really quick so it doesn’t feel like a chore. Eventually you will discover and unlock eight locations, each with a different theme and a good mix of fun optional side quests as well as increasingly difficult primary puzzles to solve.

Some of the monument puzzles turn to platformer challenges which is where I started to struggle with the camera and controls. You can rotate the camera, though depending on the scene you may be limited to 180 degrees. I quickly learnt that instead of trying to use camera angles to jump from one object to the next, I relied on watching where my shadow was going to land. Majority were simple jumping puzzles, whilst there were some difficult ones that had me getting super frustrated. Thankfully my 3-year-old would say “It’s OK Dad, try again!” and eventually the sense of achievement was wonderful with were many high fives.

There is a heap of side quests that are optional, but I felt are worth completing as they all added to the charm of the game for me. Some required you to wear certain types of clothing which you can swap in a shirt shop on the island of Hawayy. A soccer coach will not let you kick the ball unless you ‘prove you’re a soccer player’ by wearing a soccer shirt, and you can get a discount off gaming machines on Leysure Island if you wear a retro gaming shirt. You must get dressed up if you want to enter the club on Santoryn and you can only wear boardshorts if you want to enter the surfing competition. It all adds to the feeling of being away on an island escape, with the added sense of adventure and excitement as you learn ways to solve the puzzles and progress the overall story.

It helps that achievements are tied to the side quests too, and I’m proud to say that The Touryst is the first game I have 100% completed all achievements in 2021, and I’d even say it’s been years since I’ve 100%’ed a game. This was genuinely a pleasure to play and I spent over 9 hours putting all the pieces to the puzzle together to earn all the achievements. Playing the three arcade games on Leysure Island gave me memories of playing games as a teenager, trying my best to beat the high scores. Patience and persistence win in the end.

Overall, The Touryst was a surprise hit that kept me coming back for more as I delved deeper into the puzzles and adventure. There are some frustrating sequences, particularly the more complex platform puzzles where the camera angle can be a bit of a nuisance. Relying on where you shadow landed was the trick, and there was a great sense of achievement when you do finally complete each puzzle. I am so glad I got the opportunity to review this game as I would have glanced over it in the game list and this is a highlight of the Xbox Series X|S launch titles for me. Given The Touryst is part of the Xbox Game Pass catalogue, I highly recommend jumping in and having a play.

This review utilised a game code provided by Xbox/Microsoft. The Touryst is available now on Nintendo Switch, Windows 10 via the Microsoft Store and Xbox consoles. 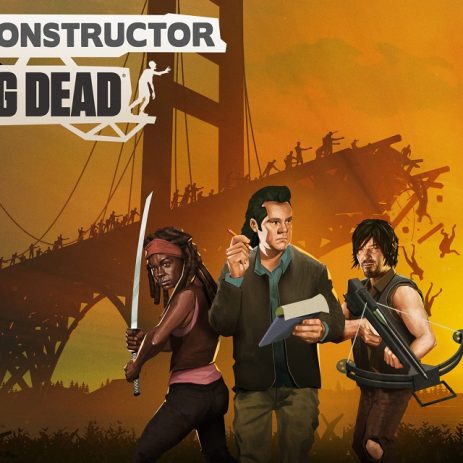