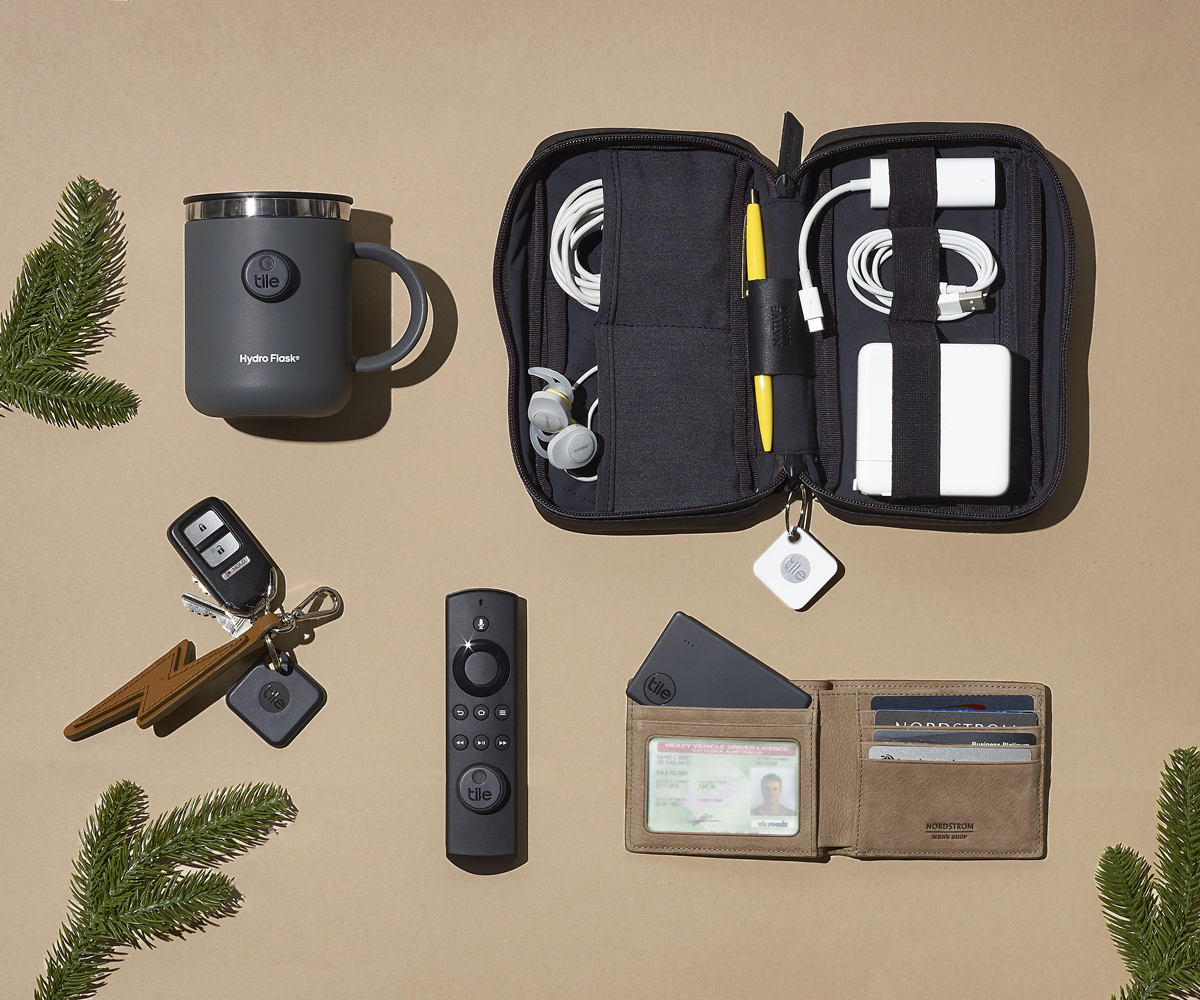 PRETTY much everyone has experienced the situation of being utterly unable to find their car keys or handbag at a key moment.

As inconvenient as these situations are, they can sometimes pale to that most troubling of gaming problems: Not being able to find the TV remote or the console controllers when you want to play.

As their name suggests, they’re small, tile-like objects than can be attached to your items and emit loud noises when activated so you can find them.

Years ago, there used to be key fobs that would play a loud noise when you whistled at them, allowing you to locate your keys from under the table or behind the sofa or wherever they’d improbably ended up.

While that technology has fallen by the wayside, the principle – something to help you find your stuff – is still very much about, with one of the modern incarnations being the Tile locator devices.

There are four Tile products in the latest range – the Sticker, The Slim, The Pro and the Mate – but the Sticker is probably the most interesting to gamers, on account of how it can be attached to a wide variety of items including controllers.

The Tile Sticker is a small waterproof button-like device, measuring 27mm x 7.3mm and weighing 5g. It features a range of about 45m, and has a non-replaceable battery with an approximately three-year life. It also has an RRP of $54.95 for two or $89.95 for four.

While the application of the Tile products is varied, I decided to test them out by attaching a Tile Sticker to my Nintendo Switch – which my two kids are extremely fond of, and also very fond of leaving in random places around the house.

I attached a Tile Sticker to the back of the central part of the Switch unit. The downside is it means the unit can’t be docked, but I can’t remember the last time I played the unit in docked mode anyway, so being able to find the Switch is more important to me than playing it on a big screen.

The obvious applications of the Tile units go beyond keeping track of your Switch, too – they can be fitted to PlayStation and Xbox controllers, TV remotes (also given to taking unannounced holidays in the Twilight Zone) and headsets.

In a practical sense, this means the Tile locator attached to the car keys could be “shared” with your spouse, enabling either of you to find them if the children/dog/car key gnomes wander off with them.

What I particularly liked is the Tile units work in reverse too – if you press the button on the unit, it will ring your phone. This proved surprisingly handy since my phone is also given to wandering off on its own accord (I blame the cat) and using my wife’s phone to ring it is inconvenient and doesn’t work if my phone is on silent or she’s out of the house.

That’s all well and good but how does it work if you do something daft like leave your Tile-tracked device on the train or at a friend’s house?

The Tile units work via a smartphone app and offer two ways to find your wayward gameables – firstly, via a direct Bluetooth connection and secondly, via a wider internet-bases search with other nearby Tile users.

If the device you want to find is within Bluetooth range, once you select “find my item” in the App, the Tile will beep and ring loudly so you can track it via sound, with the app screen giving you a rough idea how close you are to the item.

If the Tile tracker is out of range, it will alert your app via an internet connection if your Tile locator comes into range of them.

It’s important to note the Tile trackers aren’t GPS devices, so if your unit is out of Bluetooth range and not near another Tile user, it won’t help you – although you can see the last known location of the item via the app, which might offer some clues.

As part of the free subscription, you can “share” the Tile device with one other e-mail (such as a partner, child or flatmate, perhaps), allowing you both to update the Tile’s location, ring it, see its last known location in the in-app map, and – if it has been marked as missing – request notification when the Tile is found.

If you get a premium subscription, you can also set it up to alert you if you’re leaving a specified location without the Tile-equipped device.

For the most part, the Tile devices work quite well.

It’s very good for finding stuff that’s missing in your house. It’s less helpful for stuff you’ve left out in the wild, though, as they’re dependent on there being other people with Tile units in the area – so you might be lucky on a popular public transport route or at a busy shopping centre or in the CBD, but it likely won’t be as much help if you’ve left it in a suburban park in a different part of town, for example.

The “leaving a location without your Tile-equipped device” function was a mixed bag, though.

I tried it a few times with my laptop, telling the app to send me an alert I left the house without it, and it did, mostly – just not always in a timely manner. Sometimes it would alert me while I was still in the driveway, other times often not until 10-15 minutes later, and sometimes not at all.

Otherwise though, the Tile units are quite reasonably priced, they’re an affordable and worthwhile addition to your gaming gear, and are helpful for tracking down peripherals and even controllers which have gone for a wander when you weren’t looking.