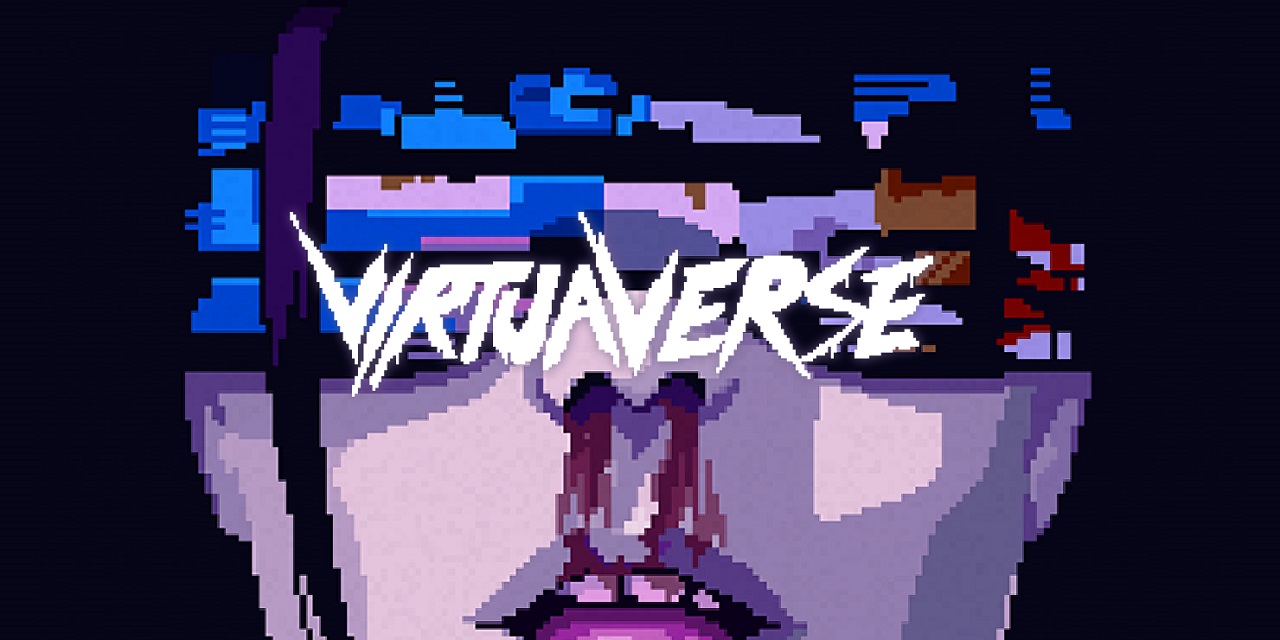 VirtuaVerse is such a great game and represents the point-and-click genre at it’s finest. It has great humour, oldschool technology throwbacks, neon cyberpunk aesthetics and amazing synthwave music.

VirtuaVerse is a cyberpunk point-and-click adventure game by Theta Division and published by Blood Magic, and released on Steam on May 13, 2020. Set in a future not-so-far-away, VirtuaVerse masterfully weaves tales of protagonist Nathan who confronts hardware graveyards, digital archaeology, tribes of cryptoshamans, and virtual reality debauchery. From the moment I loaded into the game’s menu screen, listening to the synthwave music by Master Boot Record (who also wrote the story) and seeing the mouse pointer as a pixelated plus sign. All these elements took me straight back to 1990 playing The Secret of Monkey Island in EGA graphics with pink, purple and grey colours and discovering things by pointing and clicking on them. I settled in and was blown away by this game as it has a great story to play through, but has so many subtle references and throwbacks to the glory days of point-and-click games but also IT terminology and devices from that period.

In VirtuaVerse, you play as an outsider, Nathan, who makes a living off-the-grid as a smuggler of modded hardware and cracked software. Geared with a custom headset, he is among the few that can switch AVR off and see reality for what it truly is. Nathan shares an apartment with his girlfriend Jay, a talented AVR graffiti artist whose drones bit-spray techno-color all over the city’s augmented space. Nathan wakes to an empty apartment and discovers a cryptic message on the bathroom mirror. Having accidentally broken his AVR headset, Nathan is disconnected but determined to figure out what happened to Jay.

Like in most p&c games, within moments VirtuaVerse has you pixel hunting each scene with the mouse. Most objects will give you “look at” and “action” options where you’ll often get a comical comment from Nathan. Other times you’ll use items to progress an action, unveiling a secret or hint for what you need to do next. Take the first scene for example, you’ve woken up and broken your AVR headset and your girlfriend Jay isn’t there. Looking around, there are obvious things to look at such as a giant vinyl 5.25″ floppy disk on the wall (a shoutout to 80’s/90’s gaming), a box of noodles, a hoverboard and a talking gizmo robot with attitude. Jay has left a note on the bathroom mirror written in lipstick. She had to hack the balcony elevator and changed the code so she could get out in a hurry. She said we should still have a reset password written down somewhere.

I interacted with everything I could think of, and i could see the number 74 on an outside building. After about 10 minutes of walking around scratching my head, it turns out the answer was literally flapping in my face. There is a poster on the wall and the top left corner had peeled away and was flapping in the breeze of the ceiling fan – my first head-smack moment. Using a broom I found upstairs, I pushed the flap of the poster back and there was the password. It’s these kinds of interactions that are typical in p&c games that are blinding flashes of the obvious but are cleverly designed to be initially dismissed. I knew I was in for a treat with VirtuaVerse and that it wasn’t going to hold my hand with the puzzles.

From here we rode a motorbike to a nearby town featuring neon colours amidst a dark and rain-filled night. The pixel art style featured Asian-inspired decorations and advertising billboards, symbiotic of the cyberpunk genre. The metal synth music does so well in matching the tone and mood of each scene too. I really immersed myself into this world and into the shoes of Nathan’s faceless character. Your journal lists the most immediate primary task – fix the AVR goggles, and it’s up to you to work out what to do next. I would have liked a bit more information in the journal, like key conversation points as they were unraveled, but then that runs the risk of making things too easy. Most things are intuitive, and some items stand out in the scene, however others you really need to think about how you can achieve said objective. Talking to people and using all conversation options is a good start as they often give you hints for possible things to try and who to talk to next.

To give you an example of how things progress, I went into a sushi-train restaurant that had two patrons and a chef. You could talk to the chef but he was being a d*ck. The larger of the two patrons essentially said he’ll eat anything except for one dish. The other says he’s a food critic but hates spice. Putting two and two together, if you add some spice (that you need to find somewhere else) to the dish that guy #1 doesn’t like, you get a hot and spicy reaction from the food critic. This makes the chef take the food out the back and throw it into a dumpster. Next to the dumpster is a homeless dude who’s looking for his next AVR fix. He puts a spare AVR headset into the dumpster as storage which you could use to fix your set, however he wont let you touch the dumpster. You then need to figure out how to distract this homeless dude so you can get the spare headset for a part to fix your own. The developers have been really clever in how everything and everyone is connected for Nathan to keep progressing the story.

In the situation above, I have told you the direct path to take to get to that point. However, that sequence took me about 45-60 minutes of scratching my head, taking suggestions from viewers in my Twitch stream who were as stumped as I was, and just general trial and error. There’s always a solution, and it’s often staring you in the face, but sometimes you need to go back and forth and re-talk to people to get new options. I admit I ended up having to watch a walkthrough numerous times to work out what to do, but it is was never frustrating enough to make me want to quit. The better puzzles in the game were when Nathan used his AVR goggles (after you fix them, of course). Once he wears them, you see a different layer of graffiti, signs and electronics layered over the real-world objects and scenes. Some are purely just aesthetics and art, while others give you hints at what to do next, and even so far as communicating with other graffiti artists in their own graffiti-language. It’s gameplay elements that have been done before, but are enhanced with this futuristic cyberpunk flair.

There are however, some puzzles that are on the ‘how the heck was I supposed to know that’ scale, and I’m pretty meticulous when it comes to reading everything and talking to everyone. There are times where you need to move back and forth between characters to get more conversation options. Or you may have talked to them and initially fobbed off the discussion to just general chit chat, however in one of the conversations would be a piece of the puzzle you need to find (eg. be sure to order two pizzas when you get to that part, and yes, use that dating site app!). There were some great scenes inside a seedy nightclub (and boy were there some hilariously seedy scenes) that gave a nod to the crude humour of some of the old p&c games (I’m looking at you Leisure Suit Larry). There were also some throwbacks to technology of old, referencing MBR (master boot record), Amiga and old PC devices, and ASCII code.

Overall, I gave the game an 8/10. VirtuaVerse is such a great game and represents the point-and-click genre at it’s finest. It has great humour, oldschool technology throwbacks, neon cyberpunk aesthetics and amazing synthwave music. I feel that if you’re a current-gen gamer who hasn’t played many of the old 90’s point-and-click games, you may you may want to have a walkthrough at the ready. I’m not saying this in a negative context, I just think the developers know the types of gamers they’re targeting with this game and ran with it. If you’re a p&c vet like me, you’ll relish the challenges and nods at oldschool references throughout the game.

This review utilised a game key provided by Alex at Future Friends Games. VirtuaVerse is available now on Steam for AUD19.99. 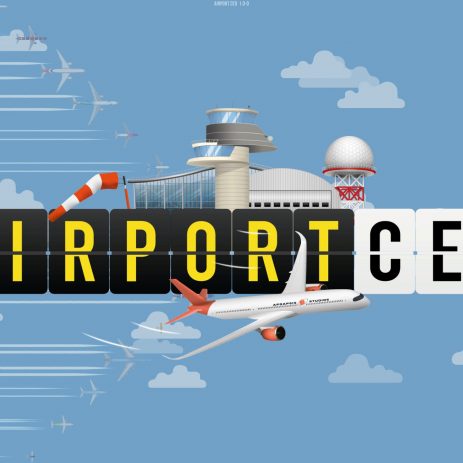