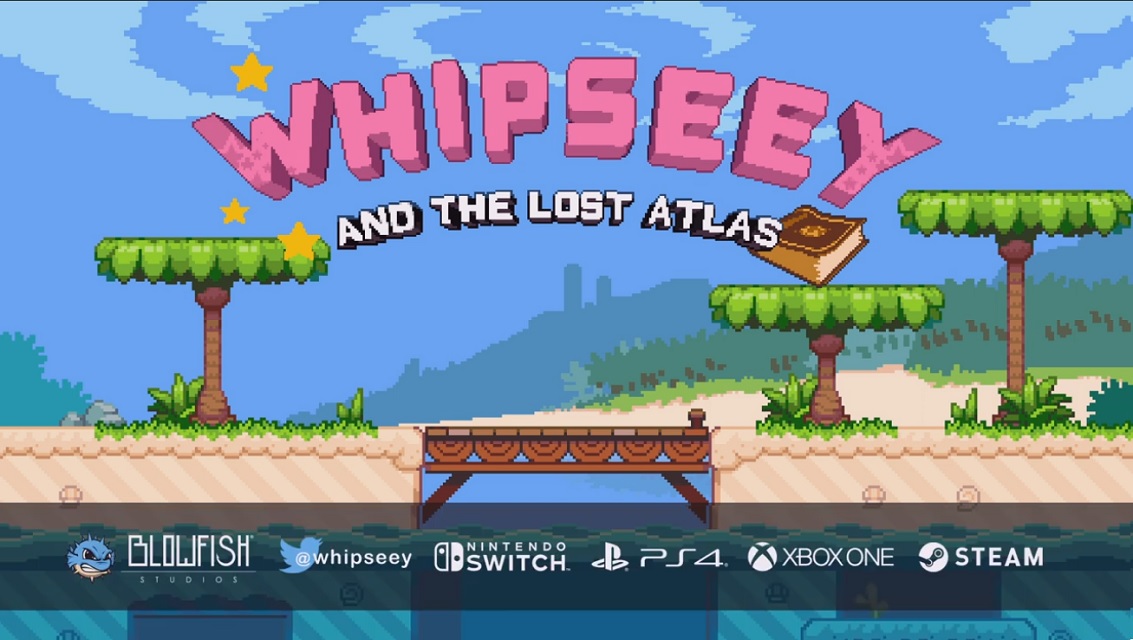 Whipseey and the Lost Atlas Review

With gorgeous graphics, a cute pink character that packs a punch and an amazing sound track, there’s some great fun to be had with decent challenge.

Whipseey and the Lost Atlas is a 2D platformer from indie developer Daniel Ramirez and published by Blowfish Studios that released on August 27, 2019 on Xbox One, PlayStation 4, Nintendo Switch and Steam. Blowfish Studios have published a number of great games this year including War Tech Fighters, Subdivision Infinity DX plus many others, and I’m happy to add a recommendation for Whipseey and the Lost Atlas. With gorgeous graphics, a cute pink character that packs a punch and an amazing sound track, there’s some great fun to be had with decent challenge. One caveat here though is the game is very short. I’m not the best platform gamer so struggled as I learnt the game mechanics and boss fights. I eventually completed the game after 3 hours, though other gamers have completed the game in less than an hour. There have also been records set for speed running the game and the quickest I’ve seen is 10 minutes 41 seconds which is crazy good.

The overarching story centres around a boy named Alex who reads a magical book and is whisked into Whipseeyland. In the process he is transformed into Whipseey and, with the help of Princess Alyssa, must find orbs to return him home. Whipseey looks very much like Nintendo’s Kirby, a cute pink character, only this time Whipseey has a tail that can whip enemies, hook onto attach points to swing across gaps and spun like a helicopter to glide and fall slower. There are fives levels total, each with their own unique and beautiful art design and different types of monsters. It reminded me of playing old platformers like Commander Keen and Lion King.

Killing monsters will net you a couple of coins and a chance at bigger blue coins which is equivalent to five normal coins. Collecting 100 coins will give you an extra life, so if you’re getting low on lives it is worth killing some monsters for their coins. Whipseey has five health pips per life and you lose a health pip each time you’re hit by a monster or jump on fire. There are also some levels with spikes that will kill you instantly, and these can sometimes be frustratingly tricky to negotiate, particularly in the first level. I lost many a life in the underwater sections by getting too close to the spikes. You also get bumped back if you’re hit by a monster and i was often bumped into some spikes. If you lose all your lives at any point within a level, you lose all progress and must start that level again.

As you progress the various stages within a level, you will face monsters and terrain negotiation techniques that will help you to take on the final boss for that level. Bosses range from a giant electrifying jellyfish, a turtle that is invulnerable when he’s rolling in his shell to a jack-in-the-box clown. My first 45 minutes was spent just in the first level as I kept dying on the water spikes and couldn’t kill the boss. This is where I discovered the record setting speed runs and they make it look so easy! Watching these did give me some valuable strategies and eventually helped me kill the first boss. Thankfully the music in the game was top notch and helped me keep my cool after many a frustrating death – frustrating at my lack of skill as opposed to the game which is a balanced difficulty.

After you clear a level, your progress on the game’s map is saved thankfully. I did notice there were sometimes sections of areas at the bottom of sides of a stage which made me think there could be secret passages, but there are no such luxuries. You can travel back to previous levels via the map screen if you wish, but there’s no real reason to do so other than speed running, which isn’t my thing. There’s no new game+ or any additional game modes which is a bit disappointing. I would love to see extra levels added with more of those fantastically bright and colourful stages, brilliant music and new monsters/bosses to defeat to extend the life of the game.

Whipseey and the Lost Atlas is available now on Steam, Xbox One, PlayStation 4 and Nintendo Switch and the low price tag makes it a worthwhile escape on work commutes or holiday breaks. This review utilised a Steam key provided by the publisher with 3 hours of gameplay.