The eighth expansion for Blizzard Entertainments long-running MMORPG is World of Warcraft: Shadowlands, released on November 24, 2020 for us here in Australia. Celebrating it’s 16th anniversary, World of Warcraft Shadowlands is the fastest-selling PC game of all time, according to Activision. This expansion sold more than 3.7 million copies globally on its first full day of launch. The previous record holder was Diablo 3 at 3.5 million in 2012, then back to WoW’s expansions with Battle for Azeroth in 2018 at 3.4 million and Legion (2016), Warlords of Draenor (2014) and Wrath of the Lich King (2008), all reaching 3.3 million copies sold within the first 24 hours from their releases.

While I was busy working, Menthonso was at home for the launch of WoW Shadowlands and I asked him for his first impressions. He’s been playing WoW since 2005 and has experienced launch of the last seven expansions, so I wanted to see how he’s been going with the content, is he level 60 yet (of course he is), and how he found the journey.

The story so far is this. With a single act of destruction, Sylvanas Windrunner has ripped open the way to the afterlife. Azeroth’s staunchest defenders have been dragged into the all-consuming darkness. An ancient force of death threatens to break its bonds and unravel reality. Hidden realms of wonder and horror await any who would pass to the other side. The Shadowlands is home to an entire realm of the departed; it is a world between worlds whose delicate balance preserves life and death itself. As one of Azeroth’s greatest champions, you have been granted the power to cross over in body and soul. Now you must investigate a conspiracy to unmake the cosmos, and help Warcraft legends journey back… or fulfill their ultimate destiny.

World of Warcraft: Shadowlands launched at 10am AEST. It wasn’t the worst launch of a WoW expansion but also not the cleanest. Some friends couldn’t log in initially. I was fine luckily and got ahead of the pack! I remember back to WoW: Cataclysm launch in November 2010 where we couldn’t log in for 6+ hours due to server errors. Players can enter Shadowlands from level 48, remembering that all character levels have been squished, and level 50 was the max level. Shadowlands content has raised the level cap to 60 which I achieved after about 12 hours. We didn’t rush through the storylines but also didn’t do many side quests.

The main story is based around the drought of Anima (life force) within the Shadowlands and the investigation to find out where it all is. The Shadowlands is controlled by four powerful groups called Covenants; Venthyr, Night Fae, Necrolords and Kyrian. Souls from Azeroth are ferried across to the Shadowlands by the Kyrians, and usually brought before the Arbiter who judges the person entire life and sends them to one of the four zones relevant to the four Covenants. Recently the Arbiter has fallen into a state of unconsciousness, with all souls directly being sent to The Maw. This is discovered at the beginning of the Main Storyline, and it is your job to investigate what is happening. Oribos, The Eternal City, is the new player starting hub for Shadowlands where the dead are judged by the impassive Arbiter before being sent to their final destinations. The first quest takes you back to Icecrown Citadel (ICC), straight to the Frozen Throne.

Next we headed to Bastion, the afterlife world of the Kyrians – an absolutely amazing looking race, angelic-like, with an equally as aesthetic zone. The Kyrians are seen as the lawful, righteous servants of the afterlife. They are bound to eternal service and duty. Notable mentions for WoW lore characters are Uther the Lightbringer and King Terenas Menethil II. The second zone is Maldraxxus – think plague, disease and necromancy. It’s very chaotic and full of undead-like creatures. The Necrolords are a military style faction that value strength over anything else, think survival of the fittest. Thieves, Plaguemasters, Death Constructs and ritualistic afterlives – power rules in this realm. Notable characters are Lady Vashj (Serpentshrine Cavern final boss in Burning Crusade) and Draka (Mother of Thrall).

Ardenweald is the third zone in World of Warcraft: Shadowlands and in my 15 years of playing the game, it is hands down the most beautiful zone I have ever seen. The Night Fae are seen as the natural and life bearing faction. Druids, Hunters and anyone affiliated with the protection of all things living and natural are destined for this realm. The realm is closely connected to The Emerald Dream, which is where it gets its picturesque art style from. The music is beautiful and ambiance is incredible. I could spend hours upon hours just sitting in this zone.

Revendreth is the fourth zone featuring the Venthyr, a faction that attempts to redeem all those that are burdened by the seven deadly sins. It’s very vampiric themed and the Venthyr’s main goal is to prepare souls for either their journey to another Covenant to continue their afterlife, or become a punisher for the Covenant. It was actually a bit annoying to navigate the zone due to multiple levels that can be difficult to traverse. This was my least favourite zone so far.

Then we came to The Maw which is a standalone zone meant for max level players. This is the afterlife for the worst of the worst in the world with lots of souls wandering around. It’s also the home of Torghast, Tower of the Damned, a procedurally generated max-level dungeon that changes each time you do it. Completing this nets you passive abilities and stat upgrades as you proceed which is a really cool concept! The further you progress, the greater your likelihood of retrieving materials to craft legendary armor that will help you restore balance to the Shadowlands.

Whilst levelling during the main storyline of World of Warcraft: Shadowlands, you are given a look into each of the four Covenants and their related abilities. When you reach max level on your first character, you must align yourself with one the Covenants to restore balance to the hereafter. This is not a permanent choice, but it is no small feat to change to another Covenant. As a Ret/Prot spec Paladin, I chose to align with Kyrian as it felt the best suit for my character. You’ll gain access to your Covenant’s sanctum, where you’ll accept unique quests, undertake a sprawling Covenant campaign, and call upon your allies to embark on important missions. Certain Covenants get little bonuses in dungeons too. For example, Night Fae have a interaction in Tirna Scythe where they can skip the first area, open up a door to a mushroom field to get buffs and also open up a respawn point half way through the dungeon.

You‘ll also earn unique abilities based on your Covenant and class and forge bonds with powerful souls, drawing on their essence to further customize your skills. You will also get a unique mount but being Kyrian, I have to work a bit harder for mine. The Night Fae and Necrolords get their mounts earlier than Kyrian and Venthyr. I’m not jealous, at, all. Once you’ve levelled your first character to 60 and chosen your first Covenant, this unlocks the Threads of Fate levelling for your alternate characters. This lets you skip the main storyline and level through dungeons, world quests and side quests, and lets you choose your Covenant from the moment you get to Oribos.

The massive amount of cinematics during the levelling process is incredible. It’s the most fun I have had levelling in WoW since 2008’s Wrath of the Lich King content. The storyline flows between each zone quite comfortably. As I flew into each zone for the first time, I could not help but get goosebumps. The feeling of being able to explore such in-depth story content was an amazing feeling. This was a much better gameplay experience than Battle for Azeroth.

The past week we’ve been smashing mythic dungeons and they are a very good challenge. There are some unique mechanics introduced that really make the new dungeons a great amount of fun. They’re not overly difficult once you get a bit more gear and learn mechanics but with the Shadowlands Season 1, that will all change. So far the new armor sets and weapons are a bit bland and hopefully will see a change in upcoming raids. Overall, I am loving being able to dig my teeth back into World of Warcraft: Shadowlands and it has definitely been a breath of fresh air for the franchise.

Starting today, World of Warcraft: Shadowlands Season 1 commences when the gates to the expansion’s first raid, Castle Nathria open in Normal and Heroic difficulties. Mythic Keystone dungeons will also become available with greater rewards for taking on increased challenges. This season’s dungeon affix, Prideful, turns heroes’ own sense of accomplishment against them in the form of ego-wrought manifestations. In addition, players will be able to put their skills to the ultimate test in Arenas and Battlegrounds as the expansion’s first Rated PvP season begins. 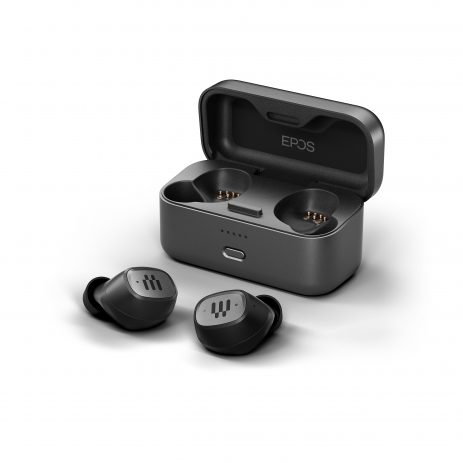