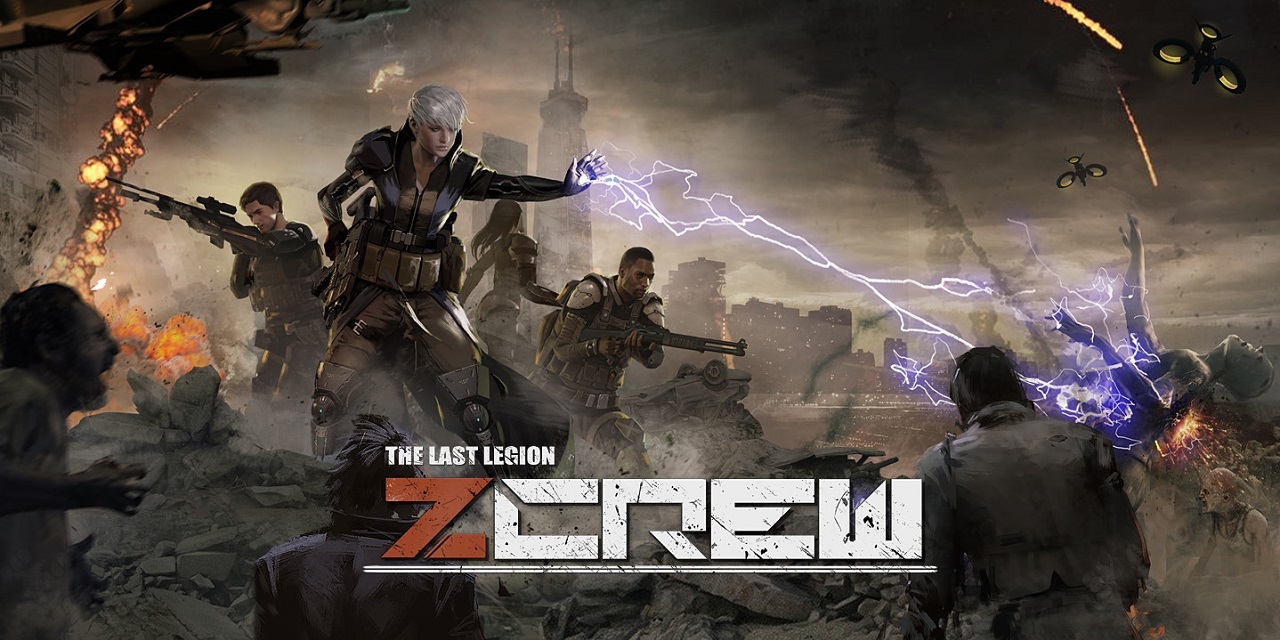 ZCrew: The Last Legion is an isometric survival shooter that can be played singleplayer or up to 4-player co-op. It’s Emotion Studios first game and is published by Snail Games that released on Steam Early Access on December 17, 2020 and plans to be in EA for a year. Having played this early access version for a few hours now, it’s a good game but needs more polish which I’m sure will come this year. It’s definitely a lot more fun when playing co-op where professions complement each other’s skills well and some of the environment art in missions already look great.

In the world destroyed by an alien virus, you are an elite member of the U.N.R – an apocalyptic salvation organization. Players will need to cooperate and fight back the mutant blight in their quest to rebuild the world and restore civil order. Battle within the Ruined City and the Lost Desert, facing hordes of infected humans, mutant insects and creatures unknown until now. There are two other environments planned for the full release but not yet available to play – The Great Ridge and Southern Marsh.

The game’s trailer portrays intense gameplay and the makings of a good story. Unfortunately the story is only progressed using a few lines describing the objectives of each mission and are easily skimmed over. It would have been great to have a quick cutscene or even just a loading screen showing some of the environment and action of each mission; just something to invest the player a little more. I often skipped the briefing text in the player hub and just followed the objectives once in-game.

The core loop of ZCrew is simple yet often challenging as you face swarms of increasingly difficult enemies. Missions have you completing various types of objectives, then you must escape to a helicopter which returns you to the base. The base is the central hub where you pickup missions, specialise your choice of character from four main professions (assault, warrior, supply and medic), craft weapons and modifications from blueprints and currency earned through missions, and finding player lobbies. There was a recent quality of life patch that made some good improvements to the base interface which took away some of the clunkiness of those menus, which is great.

Some missions will have players escorting an NPC to a marked location, others give the task of taking and defending a point, and some will have you kill a certain number of enemies. Once you complete the primary objectives, you’ve then only got a limited time to get back to the helicopter, otherwise you’ll fail the mission. I started off by trying to kill everything in my path to the helicopter, but I quickly learned this can waste valuable time, especially if they swarm you and knock you down. You can get knocked down a couple of times where you can simply stand back up after a short time, but eventually you’ll be subdued. You have a limited time where you can hold down F as a last resort revive on yourself, but if you’re overcome then you fail the mission.

Failing means you are taken back to the main base and have to start the mission over again. I would have preferred if we were given an option to ‘try again’ and jump straight back into the mission, or choose to return to base. I can see why you may want to go back to base to unlock a talent, swap weapons or try crafting some upgrades. Most of the time though, I just wanted to jump straight back in and the only method is to go back to base, load up the mission and start it again which was a bit laborious.

As I progressed through the missions in ZCrew, I started to see some side missions that had a power requirement higher than what I currently had. With the steady rate of building up currency, separate profession and player experience, and weapon blueprints, I initially was keeping up with the curve. As I got to mission 7, the power requirement was 90 whereas my power was only 80. I crafted a rare mod which bumped me up to 85 but didn’t have enough to make a new rare weapon, so I had no choice but to replay missions I’d already completed to find blueprints and build up my experience level.

At this point I switched professions to try them out. As I had only been playing the assault profession and despite my player level being 6, the warrior, supply and medic professions were all level 1. This meant their power was back to the default 60 and so I was restricted back to missions with a power requirement of 60. I didn’t mind this as it let me learn those different professions from scratch. Interestingly, despite there being four different gun types – AR’s, SMG’s, SR’s and shotgun, all classes except the warrior use an AR. I would have thought, being four professions, each one would start with one of the four available weapons. It seemed a bit strange but you can craft the different weapons later once you find enough blueprints.

It made me think though that if I was going to play ZCrew long term, I would either need to stick to one profession only, or attempt to level some or all of them at the same rate, meaning lots of repetitive missions. I see this becoming a grind as I’m not usually one for repeating missions I’ve just completed. This is where co-op play comes into favour because each member of the team could then focus on the class they enjoy the most, and the medic and supply skills complement the team really well, once you unlock them of course.

While crafting in one of my play sessions, a high level player joined my lobby and we teamed up for some co-op missions. It’s a lot more fun with two players, and I imagine four players would be even better. I was assault, laying down mines and he played medic first with a healing drone, and then they switched to the supply profession on one of the more difficult missions. They lay down turrets as we had to bait a swarm and kill 100 flies. It was really cool working together with our skills complementing each other.

Emotion Studio have listed some planned features for ZCrew to be implemented over the early access period with some interesting additions that I’m keen to see:

-New weapons: more weapons with different appearance and performance will be launched;
-New profession: U.N.R has more professional combatants;
-New scenes: as the story unfolds, more scenes will be set foot in;
-New monster: The world is far more dangerous than we thought, and combatants will encounter more difficult challenges;
-Vehicle! : For example, the use of mechas, tanks, or power armors to enhance our combatants;
-New mode: In addition to more cooperative tasks, players will be given some competitive elements and even confrontational task objectives;
-Private room: show the player’s game history and achievements.

Overall, ZCrew: The Last Legion has the makings to be a great isometric shooter, it just needs more development time and more players in lobbies. The developers recently added a quality of life patch that improved on my initial gameplay impressions at release, and playing co-op was much more engaging and enjoyable. I look forward to watching the game progress and see more content added.

This review utilised a key provided by Novy Unlimited. ZCrew is available in early access on Steam for AUD14.50. 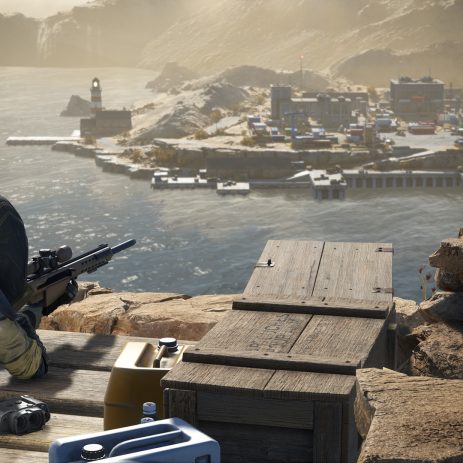