“Overall Sekiro: Shadows Die Twice takes the bar that the previous FromSoftware titles has set, and takes it to a whole new level.”

Sekiro: Shadows Die Twice is the latest offering from the team at FromSoftware, the creators of titles such as Demon’s Souls, Bloodborne and the legendary Dark Souls franchise, a series that has single-handedly been responsible for its own genre of game, referred to as “Souls-like”.

FromSoftware games have always been critically acclaimed and are definitely known for one common factor. Their unforgiving and often punishing difficulty. Don’t expect to be able to select the difficulty you want to play at the start when beginning the game for the first time, there’s one difficulty only and that is learn quick or expect to die often.

Sekiro, much like the other previous mentioned games is played in the third person where you take control of the aforementioned title character who is also known as “The Wolf”, a Shinobi that serves a young lord in fantasy feudal Japan. It’s the classic story of trying to protect the young lord, only to fail, and watch him get kidnapped which sets you off on the story of finding your master and saving him by any means necessary. But the fact that it is played in the third person is about where the similarities end.

Unlike the Dark Souls franchise there is no character creation, nor is it a simply block and roll then counter attack. Sekiro’s combat mechanics rely on multiple options such as sneak attacks from stealth, which can lead to some incredibly violent yet somehow beautiful assassinations or head on combat but a hack and slash, this is not.

Sekiro’s combat system gives you the ability to lock on to your enemy so that they are in front of you at all time during the battle, and provides you with two main bars not only for your enemies but also yourself. While one is the classic red health bar, nothing needed to explain there, no red means you’re dead type of thing, the other is an orange bar that represents posture. The posture bar is essentially a stamina bar that will cause you or your enemy to fall over and be more susceptible to attack once it is full. The ability to understand the timing of your enemies attack so that you can parry and then counter attack is essential for depleting your posture bar, but it can often be an extremely steep learning curve. Every enemy type that you encounter will have a different attack pattern and don’t be surprised at all if you get killed directly off an enemy counter attack pattern and I often found myself encountering a new enemy and dying to them because I hadn’t fully comprehended the new attack patterns. The game rewards patience and timing and whilst the difficulty will seem incredibly difficult as you start, you will slowly start to build that muscle memory to advance further but just as you start to feel complacent and begin to think you’ve mastered the combat system Sekiro will slap you back to reality with yet another death. 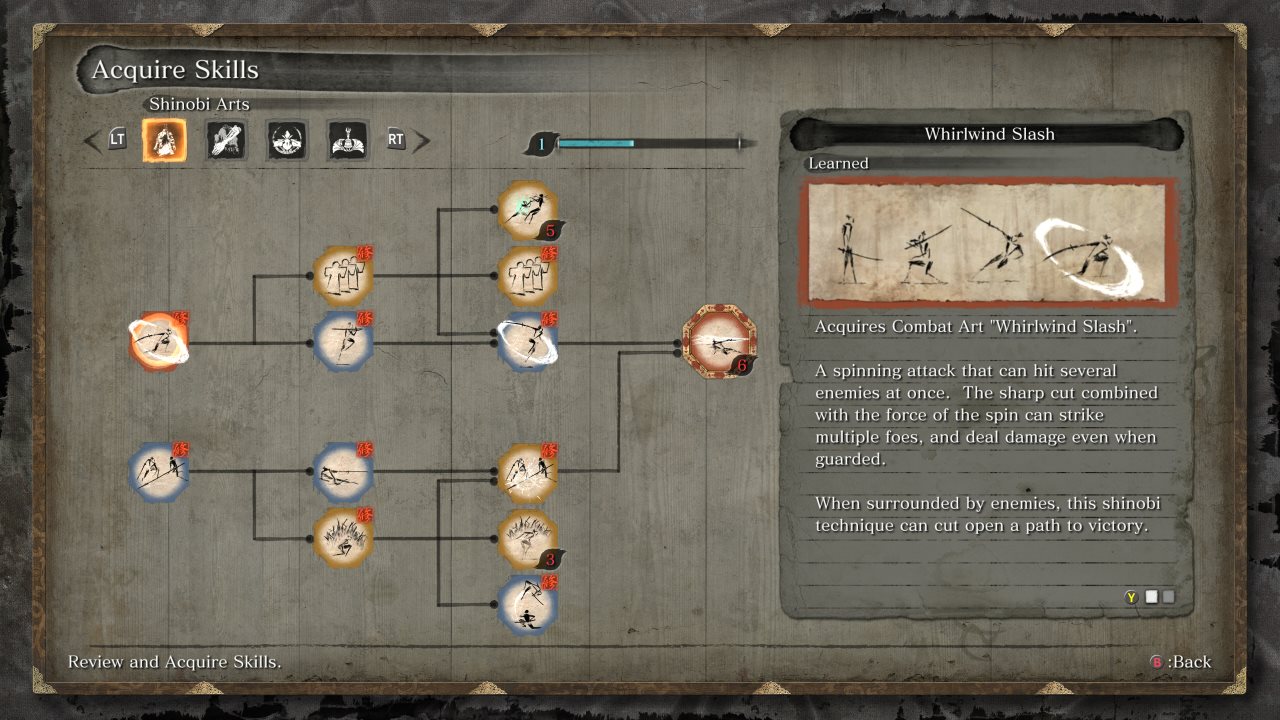 The levelling system removes much of the RPG elements found in the previous FromSoftware titles, rather offering an unlockable skill tree that will reward you with new “arts”. These arts focus on different areas of the game such as stealth, combat and sword play, martial arts techniques and the use of your prosthetic arm. Each art has their own tree progression and its highly recommended to evenly spread out your skill point as you go to balance out as much of the gameplay as possible.

The prosthetic arm brings a brand new aspect to the “Soul’s-like” style of gameplay, giving the player a greater feeling of freedom in the world. The ability to traverse the world with the grappling hook is not only incredibly smooth from getting from point A to point B, but is a great tool in combat as well, but you won’t be able to grapple to every point that you wish to get to as they are strategically placed throughout the world.

Graphically, Sekiro is a beautiful game. Base level consoles are capped at 30fps, while the enhanced consoles run between the mid 30’s to upper 40’s and you can expect a crisp all be it locked 60fps on PC. As the game takes place in feudal Japan you can imagine the type of scenery that has been created. The architecture of the ancient Japan towers is spot on and the surrounds grounds look amazing combining the destruction from the battles leading up to the start of the story with the stereotypical spiritual garden feels that the Japanese culture is so well known for. The usage of stealth while not always necessary is aided but the abundant plant and tree coverage in the open world areas between the linear story areas. The usage of depth to really portray the size of some of the bosses and giant sized enemies is just brilliant, trust me the moment you first come across the Great Serpent it’s a holy shit moment that will leave your jaw on the floor. 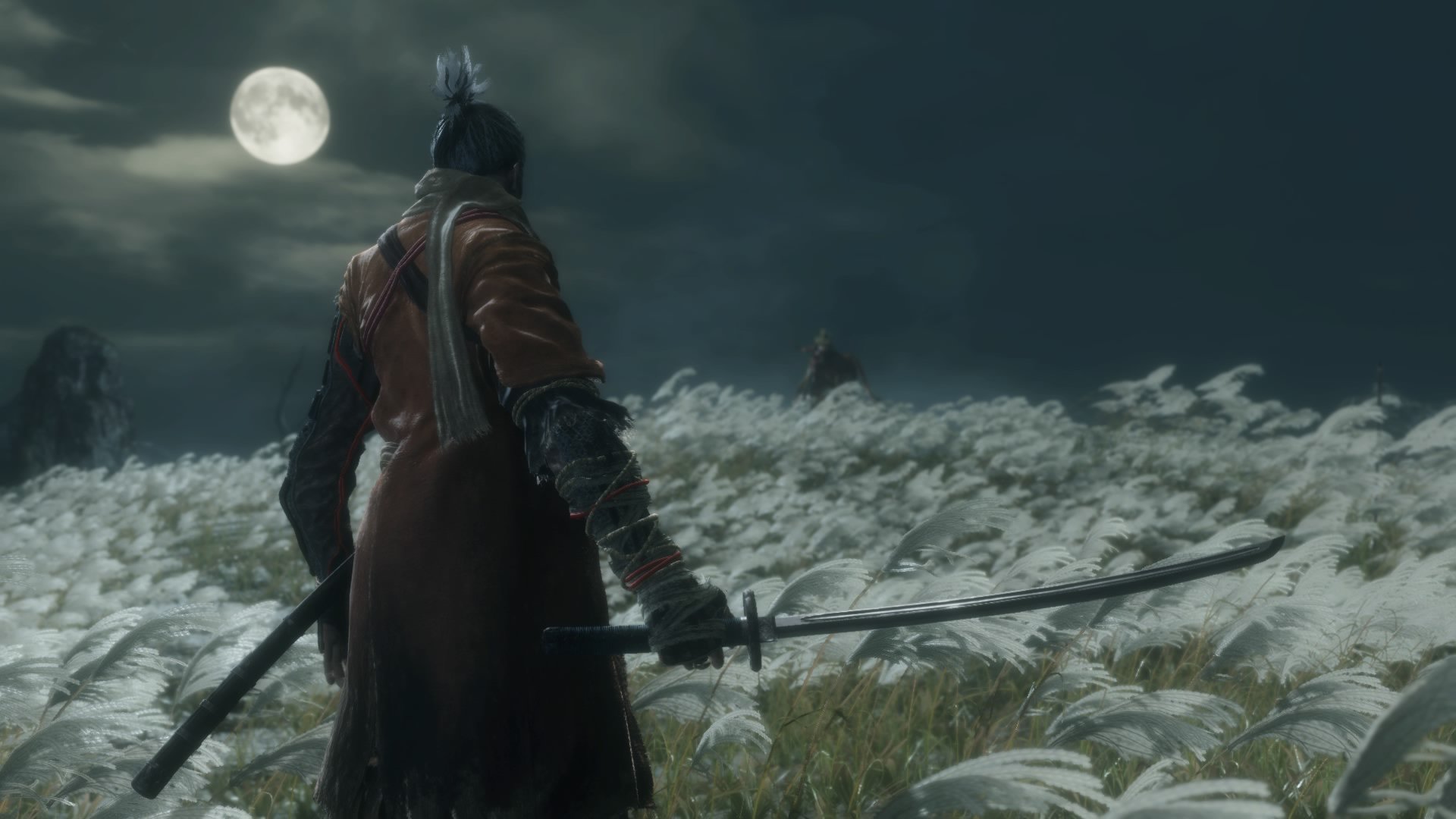 Sekiro’s usage of sound can not be faulted. I found it incredibly refreshing that the default language was Japanese which could be changed to match the English subtitles but it just gave it that more authentic feel that engaged and immersed me into the game like nothing has in a long time. I did try the English language for an hour or so and while the voice acting was great it just didn’t grab me like the default setting did and I found myself changing it back sooner rather then later. FromSoftware nails the sound of metal on metal when two katana’s come together but its also noticeable different note when the larger enemies with larger weapons hit your blade. Fatal blows are so satisfying not only because of the animation but also because of the attached sound. For example you can clearly hear the panic in the voice of your enemy when you grab them to begin the animation, the sound of the blade penetrating its prey only to be violently ripped out followed but the sound of intense blood spray which leads to the inevitable death rattle of your enemy. Woah, got a bit caught up there, but as you can imagine sound plays a massive role in Sekiro and it has a feel of a character in the game.

Now we need to address the elephant in the room that is the part of the review that will quite frankly make or break it for some people. The difficulty. If you have never played any of the previously mentioned FromSoftware titles you need to understand that this is not for the faint hearted. This is a game the will quite frankly hand your arse to you if you are not switched on. It isn’t the plug and play that recent releases have become and I absolutely love this game for that reason. The sense of achievement defeating an enemy that has killed you a dozen time before because you have finally worked out their pattern or tried out a different strategy is second to none. As I have previously stated the learning curve is steep but it is high rewarding. To be able to tell your mates that you’ve beaten Sekiro will be a fair brag because some people honestly just won’t understand the skill level needed. Personally I’m under the belief that I’m about 50% of the way through the offering and I lost count how many times I’ve been killed after the first three hours and I cant begin to explain how satisfying it is to be at the point I am. 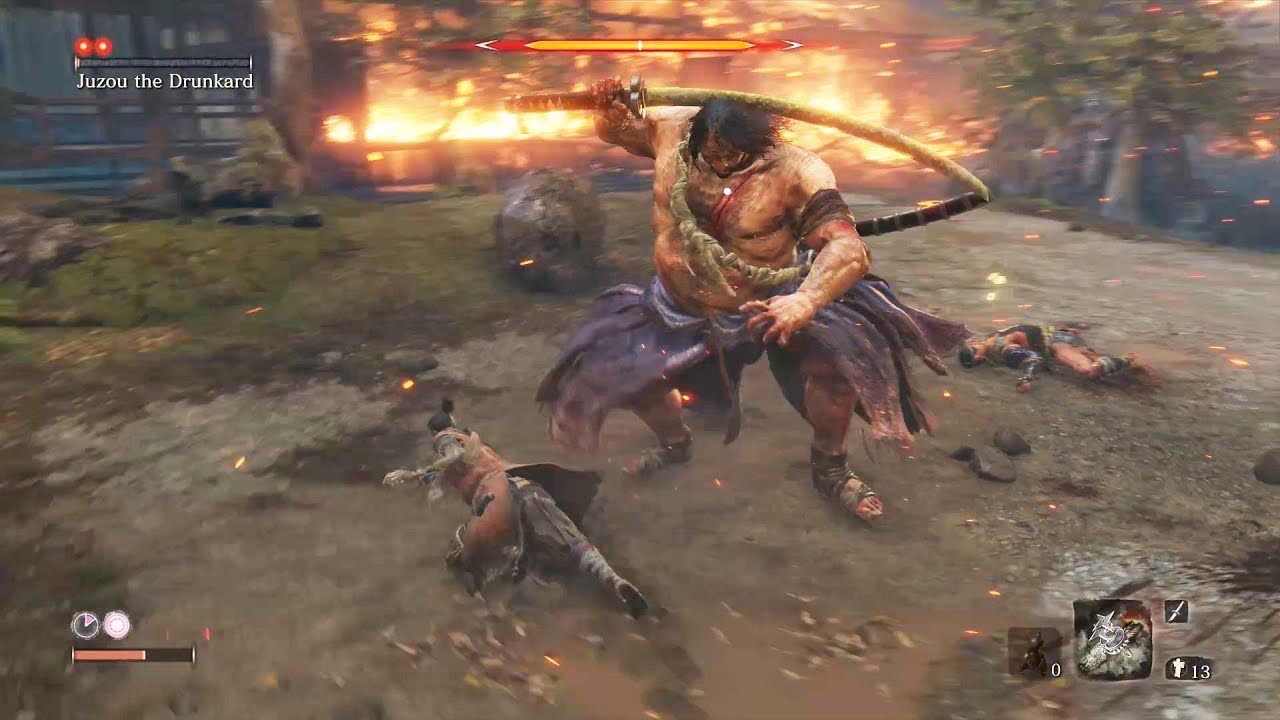 Overall Sekiro: Shadows Die Twice takes the bar that the previous FromSoftware titles has set, and takes it to a whole new level. It stays true to the DNA of it’s spiritual predecessors and remains unapologetic in the challenge that is its difficulty level but in my opinion is a must play for every gamer out there.

Sekiro: Shadows Die Twice is rated MA15+ for strong violence. This review was done via PS4.