The new expansion for Sid Meier’s Civilization VI, Gathering Storm, is only two weeks away. With features including 8 new civilizations, technological advances and the addition of environmental challenges such as floods and volcanoes, it takes gameplay to a whole new interesting level. Will you risk it all to gain better rewards when your whole empire may be destroyed by mother nature? Play #OneMoreTurn when the Civilization VI: Gathering Storm expansion arrives February 14, 2019. 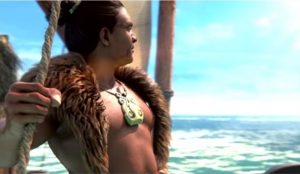 The second expansion to Civilization VI introduces an active planet where geology and climatology present unique new challenges. Chart a path to victory by developing new advanced technologies and engineering projects and negotiating with the global community in the World Congress on critical issues. The choices you make in the game will influence the world ecosystem and could impact the future of the entire planet. Natural disasters like floods, storms, and volcanoes can pillage or destroy your Improvements and Districts – but they may also refresh and enrich the lands after they pass.

Civilization VI offers new ways to interact with your world, expand your empire across the map, advance your culture, and compete against history’s greatest leaders to build a civilization that will stand the test of time.

Originally created by legendary game designer Sid Meier, Civilization is a turn-based strategy game in which you attempt to build an empire to stand the test of time. Explore a new land, research technology, conquer your enemies, and go head-to-head with history’s most renowned leaders as you attempt to build the greatest civilization the world has ever known.