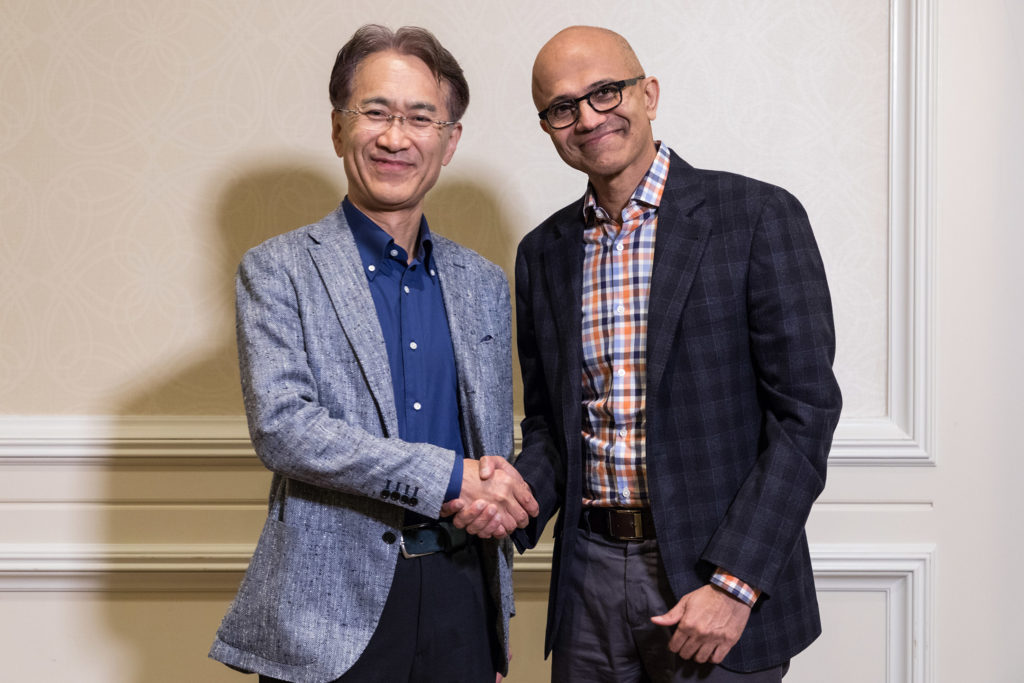 After years of competition our socks were literally knocked off this morning with a massive announcement for the future of gaming. The two giants Sony and Microsoft will be teaming up to invest in cloud gaming for the future. A joint press release that came out this morning said that they will “explore the use of current Microsoft Azure datacenter-based solutions for Sony’s game and content-streaming services”. In addition to making a new cloud based gaming platform, it could also boost the current lacklustre Playstation Now service for PS3 and Vita games that is not even offered in Australia due to our internet being complete rubbish (thanks Labor!)

While it is an exciting partnership, it doesn’t end their status as rivals and competition. It does however prove to be a threat to Google’s upcoming Stadia gaming service that could fail if the Microsoft and Sony partnership thrives and the service delivers on their usual level of excellence. Gamers that have been using both platforms for years will be more tempted to take up this than Google due to not only a great track record, but also the possibility of utilising their existing digital games library (if this is what is on offer).

Sony CEO Kenichiro Yoshid advised this morning “For many years, Microsoft has been a key business partner for us, though of course the two companies have also been competing in some areas, I believe that our joint development of future cloud solutions will contribute greatly to the advancement of interactive content. Additionally, I hope that in the areas of semiconductors and AI, leveraging each company’s cutting-edge technology in a mutually complementary way will lead to the creation of new value for society.” Additionally Microsoft CEO Satya Nadella said “Our partnership brings the power of Azure and Azure AI to Sony to deliver new gaming and entertainment experiences for customers.”

While this may seem like the perfect solution for a fantastic gaming service moving forward, having two big companies like this combine to create something spectacular is definitely going to be something to keep an eye on. Does this mean we can finally get cross play on Minecraft now?