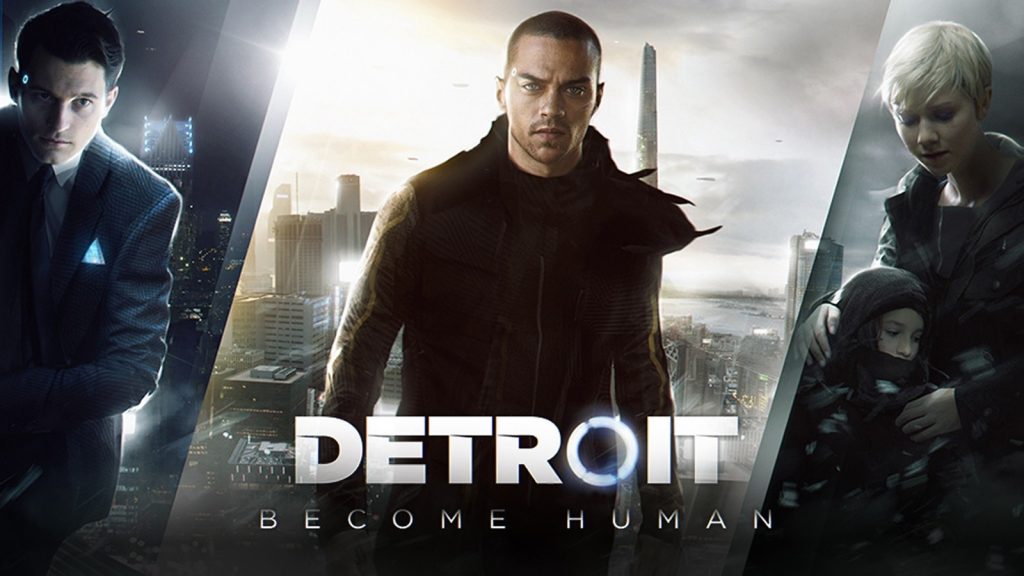 “How far would you go to be free?”

Skynet. HAL9000. V.I.K.I. If there’s one thing that the old cinema has taught us over the years, it’s that artificial intelligence will inevitably one day become self-aware and doom humanity for ever. Doesn’t really paint the most attractive picture for what one day mankind could face. But what if the robots didn’t want to destroy everything?

Studio Quantic Dream has once again presented a rather unique feature with its latest offering Detroit: Become Human, a neo-noir thriller follow up to its previous interactive drama based games such as Fahrenheit, Heavy Rain and Beyond: Two Souls. If you’ve played the previous titles from the studio you have a rough idea of what to expect. If you are new to the studio’s previous releases, then prepare yourself for something extremely different to what’s out in the current market today.

Written and directed by David Cage, Detroit: Become Human is set in the year 2038 funnily enough in the city of Detroit. Crazy I know right. The city has been transformed into an incredibly vibrant, bustling city thanks to the technological break-through created by CyberLife, Androids readily available for purchase to individuals and families throughout the United States of America. Things start to get interesting when androids around the city start to become sentient and events start to go into freefall.

The game is played in a third personal point of view with the only break from the over the shoulder style of presentation being broken up by the occasional quick time scenario or button mash. Players take control of three very different characters with different story arc’s.

The story is played out in individual chapters that is created entirely based on the decisions that the player makes. The decisions that you make not only impact how the story unfolds, but it also impacts the relationships that you create with other NPC’s, which once again alters the story from either unlocking scenarios or missing them. Once a chapter has been completed, the player is presented with a flow chart of how the scenario has played out and it’s at this point that you start to understand just how intricate the game is. The player should also be aware that the choices that are made in the game can also determine who lives at the end and who dies, but that character death can also occur before the ending which doesn’t see the end of that story line, rather just alter it by the end of the play through.

Players can expect roughly 10 hours of gameplay per run through. There is the option to replay individual chapters once unlocked but its highly recommended that you finish the current play through first. Like previous games created by David Cage there are some very confronting scenes that are intentionally designed to test the moral fibre of the player. Throughout my initial play through I honestly thought I was making the correct decisions, then once the credits started rolling I just watched the blank black screen in disbelief with a little bit of disgust at the choice that I made.

I found that Markus had the most intriguing story arc, and that I really wasn’t sure how I should play him, passive or aggressive to alter his outcomes. Kara’s story arc isn’t as action packed but it is incredibly intimate and will pull on the heart strings the most. Connor’s narrative is fairly straight forward – choose be the hero or be the villain. The interactions with the NPC’s in the individual story arcs also factor into the outcomes of each chapter. Without giving away any spoilers Markus has multiple NPC interactions that will all effect his story. Kara is pretty much exclusive with Alice in her story arc, while Connor’s NPC, Lieutenant Anderson can either become very aggressive towards the androids or completely change his outlook of androids by the end of the game.

While reviewing, I found the whole presentation of the Detroit: Become Human exceptional. It all starts in the main menu where the player is greeted by an android whose interactions I found just fascinating. Once you’ve inputted your initial setting e.g. language captions etc. I was greeted with a message “Remember this is not just a story, this is our future”. The android greeted me with a message on Friday when I fired up the game telling me that she “wished that I had a great weekend ahead of me” then the next interaction was greeted with “oh I’m sorry, it appears that your saved game file has been corrupted……..just kidding”. I was really taken back by these interactions and its almost worth finishing a chapter, saving your game and returning to the main menu just to hear what she has to say. Graphically it’s a beautiful game with the settings of each chapter really adding to the experience of each character arc. There’s some great discoveries throughout the story that also paint the picture of what else is going in the world during 2038 such as world war 3, what’s happening to the population of bees and who is the president. I loved the flow chart system at the end of each chapter, it gives the player such an idea of how each little choice effects each outcome of the chapter. The “detective” style mode when the player is searching for clues on how to progress is effective and simple to use. The ability to re-create scenarios at crime scenes as Connor and the ability for Markus to pre-determine movement outcomes make for some great gameplay moments.

I can’t fault the sound in Detroit: Become Human it adds to the character that is the city for the better. There was a moment playing in the Markus story arc where you are given an option to play the piano with four different styles of music available to choose from and I found myself playing the piece of music that I had chosen for five or so minutes without realising that I could have ended it after ten seconds. The dialog at some points in the story is well written but then it’s also part of the let-down where it’s a bit corny. The difficulty level is represented by less time to make your decisions or more buttons to choose from when the quick time events occur adding a sense of urgency to the play through.

Movement wise, I found it a little bit clunky at times. There are moments when navigating through crowds that the movement feels natural and free flowing but then there’s moments when I was trying to walk around a table and it just felt so unnatural which was a bit of a disappointment but in the scheme of things isn’t the be all and end all of the game, while the quick time events keep you fully invested in the games action scenes.

Detroit: Become Human is arguably the best game that Quantic Dream has produced that is truly a unique offering in today’s market. It will encourage multiple play throughs to see every possible outcome and will give the player a great mix of emotions once the web they have weaved has become apparent at the end. Also, make sure to take the survey which you can find through the main menu. There are 10 questions to answer which are very thought provoking because to be honest one day they could become very very real.

For this review purpose Detroit: Become Human was played on a standard PlayStation 4