“There are consequences to killing a God. 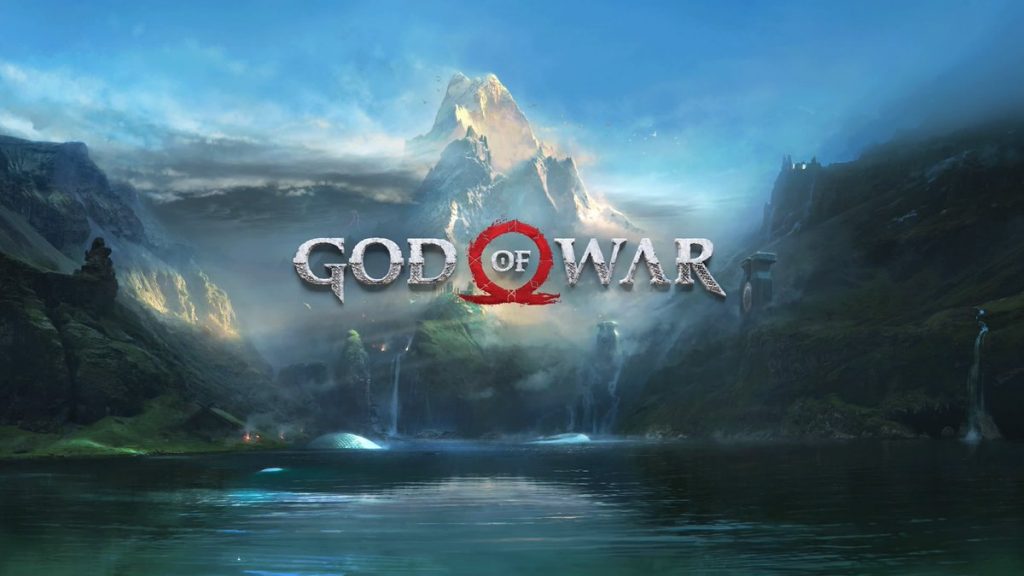 Santa Monica Studio’s PlayStation exclusive franchise, God of War’s latest self-titled instalment was first whispered about in late 2014. Creative director Cory Barlog said that the game was in super early development, suggesting that it wouldn’t be a prequel but could be a reboot of the super popular hack and slash Greek mythology inspired series. Fast forward to 2016 and concept art work made its way online with images showing protagonist Kratos in a much colder, more northern location based around Norse mythology, because well Kratos had pretty much killed off any and all Greek God that crossed him.

E3 2016 gave the PlayStation faithful something to really get excited about, a demo which confirmed the rumours from the leaked concept art. Sporting a very impressive manly beard, Kratos now with a son are out in the wilderness teaching the child how to hunt, chasing their prey only to become prey themselves, engaging in a massive battle with a giant troll. Cut to black and title appearing God of War was confirmed coming soon to a PlayStation near you.

The faithful has had to wait in anticipation until last week when we could finally at long last get our hands on arguably 2018’s most anticipated game, and boy was it worth the wait!

This game is not your daddy’s God of War. The fixed position camera of the previous incarnations has been replaced with a single shot, continuous camera angle, that always stays focused over the shoulder of Kratos when in combat or exploring but then seamlessly transitions into the focus of what makes this game so brilliant – the relationship between Kratos and Atreus. Gone is the hardened, emotionless warrior hell bent on revenge, replaced with a widowed husband and father, trying to escape his demons, unsure of his place in the world and how to connect with his child Atreus but make no mistake, when needed Kratos turns into the monster so well known in the franchise.

What makes this game so special at its heart is the simplicity of the story. Kratos and Atreus are on a journey to the highest peak in the land to scatter the ashes of their recently passed away wife and mother, whom through the fantastic motion capture and voice acting is made very clear that Atreus has bonded with, much more than his father. 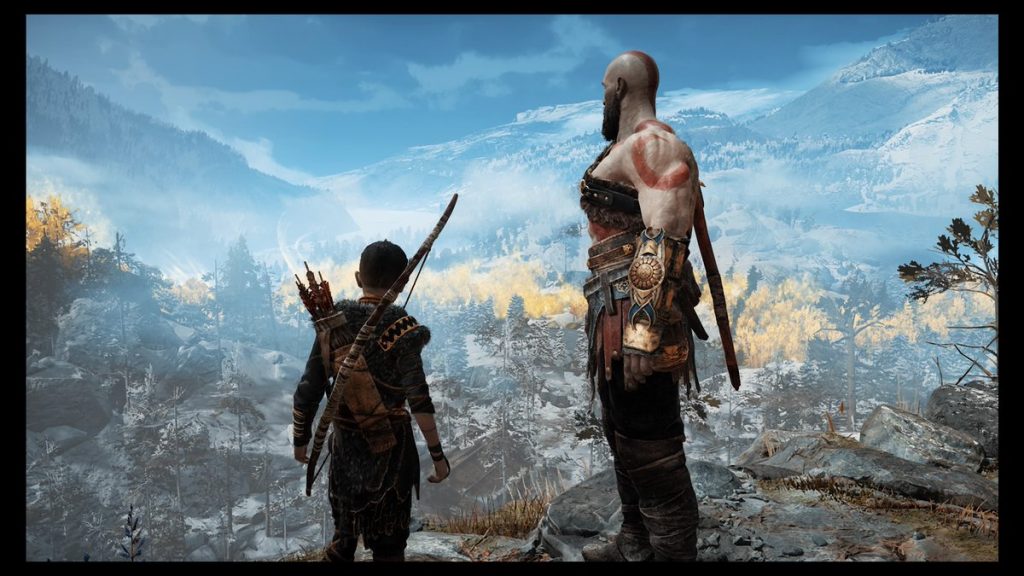 This journey is beautifully captured, by some of the most visually pleasing graphics in recent memory. The use of colours, black and greys, shadows and scale create a truly phenomenal world. There was once a time that gaming was either graphically beautiful or had an amazing story but very rarely did you find both in one game, but this is not one of those games. God of War is one of the few games in the industry that has improved its graphics from the launch trailer to final product to such a point that the graphics are just as important to the emotional story of the game as the script, voice acting and motion capture are.

From the moment I started the game, the small details pulled me in like no other game I have experienced. I connected emotionally from the first scene and was fully drawn into the story, trying to figure out where and how does this part of the series fit in with the franchise overall and believe me when I say the moment that it all comes together and the pieces start falling into place, long-time lovers of the series will not be disappointed.

And speaking of something that long-time lovers of the series will love, the combat! The combat flows like water with the simplicity of a light and heavy attack that can lead to some brutal combos. Players are rewarded with well timed defensive counters from the shield combat, which at the harder levels of difficulty are just as important as a heavy blow from Kratos’s new toy of destruction, The Leviathan Axe. In the lore of the game the axe was created by the same dwarves that created Thor’s hammer, Mjolnir and it does not disappoint. The Leviathan cuts through enemies much like previous weapons in the series has but also is needed for the puzzle aspects of the game too, with the ability to throw the axe and make it return behaving just like Mjolnir does. Atreus is also an extremely helpful part of the combat system letting the player choose how to use him be it in an offensive or defensive manner often helping counter heavy enemies or just to help stun adds. The use of Atreus in combat also leads to some really cool double team animations that don’t seem over the top or leave the player with the feeling of that doesn’t fit in the game.

Without giving away any spoilers the main villain and supporting cast are just brilliant. Over the journey the way that Kratos and Atreus interact with them, helps to build on the simplicity of the story turning the game from somewhat of a summer blockbuster movie into and academy award winning film. Forget what you know of Norse lore from the Marvel universe. To quote Cory Barlog, “Thor isn’t a blonde Australian, rather someone who was feared” and these characters reflect the true nature of the mythology. 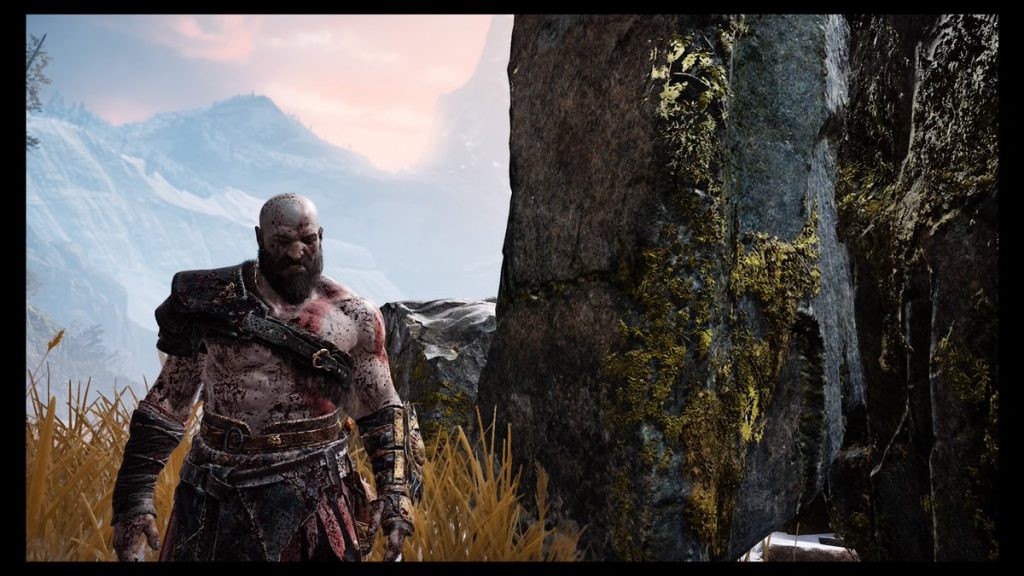 God of War rewards the player for exploring the vast world and realms of the game. Whilst the game is very linear story wise and you basically go from point A to B there’s always areas players can venture off to find chests, materials and lore before returning to the path you were on. The beauty of these hidden areas is that they’re often discovered by accident as they aren’t on the map at any point and the in-game compass is more for tracking story and side quests as these areas won’t show on the map until you stumble across them. There is a quick travel part of the game but it still makes the player journey to a certain part of the area you wish to get to, and using the feature is just as much of a visual experience as it is game experience. Once the game kicks into its “open world” part, the travel by boat is easy to navigate and often results in some fantastic story telling all based on the Norse mythology that the game is so heavily influenced by. Even once I had completed the story I had realised I had only really ventured into half of the world so continual exploration is still very rewarding.

The game also introduces somewhat of an RPG element that is very simple for players who were expecting more of the hack and slash that the series is so well known for. Armour sets are simple to craft once you have collected enough resources all with their pros and cons but also giving the player enough freedom to increase stats based on how they wish to play the game. Want to run an armour set that’s super powerful and defensive go for it. Or would you rather a set that’s heavily weighted towards finding more resources and lower your cooldown on ability attacks? The choice is all yours and at no stage does it feel like a burden to find materials or to go to a specific area to craft.

The game has a fantastic yet simple lore system based on Atreus’s ability to read and interpret the languages discovered throughout the world and realms, that is written in a journal which discusses locations, friends and enemies that are encountered over the journey which offer tips and tricks on how to defeat enemies or just give history on the mythology.

Players can expect roughly 30 hours of total game play including story and side quests and with four different degrees of difficulty, offer a great incentive to the player to do it all over again once you have finished everything. At the point of this review I have currently finished the story line and have hit a point in a side quest that is seriously kicking my arse and I love it! I honestly can’t wait to test myself on the next play through at the harder levels.

As a someone who has been heavily invested in the series from the first release back on the PlayStation2 I can’t talk highly enough of what Santa Monica Studio’s has achieved with this latest release. God of War doesn’t just set the bar for the series, it sets the bar for the gaming industry. It is a beautiful masterpiece that is the type of game that if you don’t own a PlayStation makes you seriously consider paying the price tag of the console just so you can experience this.

Due to the fact that God of War has the largest amounts of positive reviews on Metacritic since Breath of The Wild or Super Mario Odyssey, Cory Barlog may as well start writing an acceptance speech because this game will clean up at the gaming awards.