Monster Hunter World – Observations and what you need to know before you buy. 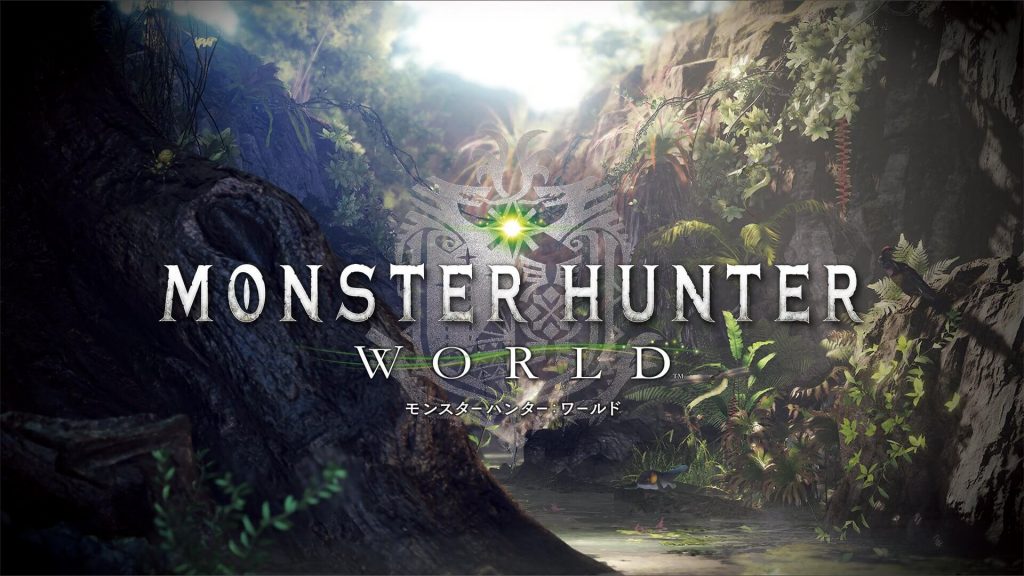 Monster Hunter World has been out for a couple of weeks on console and is already becoming a major success for developer Capcom. The legendary Japanese Action RPG series which has sold over 40 million copies has been released simultaneously world-wide for the first time to the mainstream after the previous four generations of title releases were more of a raging hit with a select few, rather than an out and out success. Put it this way if you’ve never heard of the Monster Hunter franchise think of it like this; franchise wise, Monster Hunter to Japan is what Call of Duty is to the Western World.

So far it has been incredibly well received with a Metacritic score of 91 from close to 70 reviews and no doubt even though we are in February come the end of 2018 this will be a contender for game of the year. It has almost gathered a cult like status on twitch with many hard-core content creators moving away from their staple game to jump head first into this beauty.

Monster Hunter World first caught my eye when it was announced at E3 2017. As a gamer who traditionally has stayed away from the RPG genre, it didn’t initially strike me as a game that I had to get because I was more hyped for the release of Destiny2 in September. Now as content and player based dropped off over time (I am still playing don’t get me wrong) I started to consider what other games where on the horizon that could take my interest. December 2017 brought with it the Monster Hunter World open beta which I patiently waited to download then loaded it up to see what it was all about.

Now as I said RPG’s have never been my go to, but I understand the importance that the genre has played in the history of gaming. I liken it to my music taste. My main go to on the iPod is heavy metal but also love hip hop and electronica. Listening to someone like Taylor Swift on the other hand……I’d rather shit in my hands and clap, BUT I understand that there are people out there that think she is God. So with that analogy out of the way I thought time to step out of the comfort zone and try this beta.

It was only open for a week and I fired it up probably half a dozen times and each time felt like I was getting better at the game but the general feeling was yes, I did enjoy it but I didn’t really know what I was doing.

Fast forward to today roughly two weeks since launch. My main Destiny 2 clan has all but disbanded with only a couple of us hard-core players still playing a couple nights a week but much of the gang have all moved on to Monster Hunter World. So, I shopped around on launch day managed to pick myself up a pre-order copy with all the bells and whistles for the standard price on launch day and here’s my observations about this game.

Firstly, if you’re an RPG fan and don’t have this game, don’t read any further and go and get this game. Trust me you will love it.

Now I’ve got that out of that out of the way if RPG’s aren’t your jam I’ll give you the pro’s and con’s so you can make your own choice about purchasing this potential game of the year candidate.

Hunt monster, kill monster, gather materials from dead monster, use said materials to craft new weapons and armour, go back out and hunt bigger and badder monsters. Rinse and repeat

The open world design and environment of The New World  is just breathtaking at times and I can’t wait to see what this looks likes once the master race guys get their hands on it later in the year.

As a hunter, you’ll have the opportunity to go and hunt 49 different monsters. 19 of them are previous incarnations from the series plus 30 brand new beasties to encounter. They all have their own unique behaviour and you can’t take on one like you did the previous one

14 different types to be exact each with their own strength and weaknesses all upgradable, ranging from the close combat to weapons that can give you plenty of range.

There are a ton of armour sets to collect like the weapons in the game each have their strengths and weaknesses. They all have a specific skill set and will have different resistance stats to the elements in the world!

Often, you’ll find yourself chasing the monsters around the make once you have engaged in combat. Unlike other games I have played I am yet to encounter a loading screen when moving from area to area.

Your what??????? Palico’s are your cat like companion/side kick in the game that can interact with wild Felyne clans and learn the languages of the smaller monsters, befriend them and get them to aid you in battle against the larger monsters. That and they’re just little dudes!

The beauty about the progression in the game is that it’s all out in the open. You want to upgrade your armour or weapon, then these and the monsters you need to go out and kill and how many times you’ll need to do it.

If you’re like myself and love the grind, then this is one to add to the collection.

4 player Co-op is as good as it gets. Who wouldn’t want to take down a massive T-Rex with three other friends?

One thing I love about monster Hunter World is that sense of being a total badass, taking on these gigantic creatures and winning. Confronting some of the Monsters closer to the end of the story is one of those oh shit moments in gaming and the is a huge sense of accomplishment at the end of the battle.

If you fully invest yourself in Monster Hunter World you won’t be disappointed in its life span. There are a ton of side quests and you can expect even bigger things with the DLC’s for the game. A unique “Horizon Zero Dawn” quest that has been released to the PlayStation4 and Capcom has announced a Street Fighter themed DLC coming soon, plus Mega Man themed armour for your Palico!

Oh and one more thing…….Capcom have also announced that they plan on supporting the longevity of the game with new monsters as post launch updates FOR FREE!!!!!

I’m not a massive fan of the multiplayer set up. In order for you to team up with members of your squad when playing the story mode, you essentially have to go out into the wild on your own, hunt down the monster, watch the cut scene showing off the monster then fire off an SOS flare to get the squad together.

For a game that is so big in scale, the story doesn’t seem to match up in size. Now I’m not saying that there’s no story at all, it’s just that the narrative isn’t one that sets the world on fire. So, if you’re after a huge story driven RPG you might be slightly disappointed.

At times the combat system can feel a bit clunky, but thanks to the size of the monsters, players aren’t usually punished by this. There is an element of button mashing for those up close and personal weapons for quick yet small damage but when using those huge hitting but slow movement weapons sometimes attacks can miss their desired target.

This isn’t a game that you can just play every now and then, you’ll need to dedicate a fair amount of time to the game to progress towards the end game. Expect 60-70 hours of content including side quests before the major end game starts.

There is a ton of reading when you first start the game. Don’t expect this to be a game that once you update any patches on day one that you’ll be able to pick up right away. It took me close to 15 hours before I started getting the hang of it.

So here’s the TL;DR part of the article. Monster Hunter World is a beautiful and fascinating game. If you’ve never considered stepping out of your comfort zone and trying a different genre of game, then this title is the perfect opportunity to do so. Capcom has done an incredible job with this incarnation of the series and while it can be brutal at times, you’ll find that as a player it’s your fault and not that games. Come the end of the year there is no doubt in my mind that this will be a contender for game of the year.

This game well deserves 5 out of 5 Malcoms