Nintendo surprised the world last week with its first full Nintendo Direct for almost a year and it was a big one: Super Mario Bros. 35th Anniversary Nintendo Direct!

This was what fans had been waiting for: how was Nintendo going to celebrate the 35th birthday of one of the most recognisable pop culture symbols in the world?

For me they did not disappoint.

A port of Super Mario 3D World with an addition mode called Bowser’s Fury was then shown. Not much was mentioned about Bowser’s Fury other than a quick look at a new overworld. Online and local co-operative play will be available in Super Mario 3D World + Bowser’s Fury, giving gamers a way to play with their friends. Super Mario 3D World was a solid Mario outing, but not particularly impressive in the way some other 3D Mario games have been and this feels more to me like Nintendo rehashing a Wii U title that not many people would have played, tacking something new on and re-releasing it on the Switch, like they did with Captain Toad: Treasure Tracker and Mario Kart 8.

Now we were getting into the good stuff though. I was very excited to see the announcement of Super Mario Bros. 35, an online multiplayer Mario game in the same vein as Tetris 99. 35 players compete to be the last Mario standing as they play through Super Mario Bros. levels with a twist: defeated enemies are sent to another player’s screen, making their run more difficult. Super Mario Bros 35. will be available to Nintendo Switch Online members on October 1, 2020 and playable up until March 31, 2021.

It wouldn’t be Nintendo if they didn’t throw us a curve ball. In this Nintendo Direct it came in the form of Mario Kart Live Home Circuit. This is essentially linking real life Mario Karts to your Switch and driving round a course of your own making in your very own home! To say I’m excited about this would be understating it. Nintendo have always liked out of the box thinking and this is a great concept. Can’t wait to try it out myself! Mario Kart Live Home Circuit is available October 16, 2020.

That’s not all. Nintendo are doing to celebrate the 35th anniversary of Mario through to March 2021 with the following:

There’s lots to be excited about from this Nintendo Direct. It’s been a bit of a light year for Nintendo. With the exception of Animal Crossing New Horizons they haven’t been able to scratch the itch of fans who want that classic Nintendo feel, but given the restrictions of 2020 this isn’t something to be surprised about. With Sony and Microsoft gearing up for what is sure to be an intense Christmas period, it’s great to see Nintendo celebrating Mario in a way that befits him: showing off the games that have entertained people for 35 years. 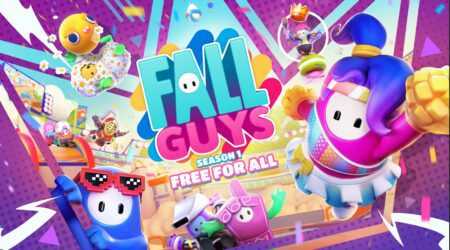 Remembering The Mario Rap (Not That One)

https://www.youtube.com/watch?v=BkWYP95WbbY&ab_channel=cheesymovienight The Mario Rap You Remember Not long ago a member of our Mates & Games Facebook group posted a…