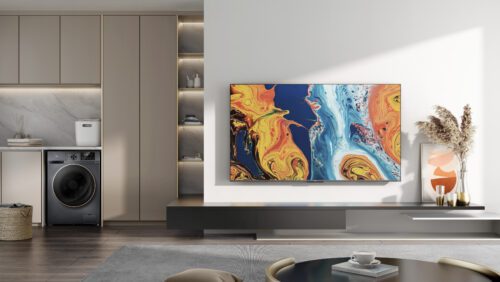 I’m no stranger to reviewing TCL’s top-of-the-range smart TV’s. And both of my previous review units have impressed me in their own unique way. Between their stunning picture quality, booming sound and (sometimes) impressive technical features,  TCL are still a brand I recommend on the regular. So you could say my expectations were high when it came to reviewing my third, the TCL 55” C635 Google TV. However I don’t feel like I have much to say about this particular range.

Now usually the most difficult part about reviewing these TV’s is getting them out of the box and packing them back in to send back. Which is never an easy task solo as they’re usually a bulky, heavyy unit. So I’ve always needed a friend to help. The C635’s, however are much slimmer and lighter. And not to mention, easier to unpack by myself.

Once standing and powered on, the C635’s Google TV OS is ready to start the lengthy setup process. I recommend boiling the kettle for this one. Half an hour passed from start-up to completion as it went through the process of setting everything up. Including connecting my Google account, calibrating with the remote and downloading and installing an update.

Now I’m pretty new to Google TV as the other TCL Smart TV’s ran on the Android TV OS. Which, after using Android phones for the last 10 years, is basically the same thing? Mostly yes, but also no, kind of. Google TV looks and feels like Android TV. You can access all the streaming services, Most Google services and free-to-air TV from its easy-to-navigate and almost identical home screen.

And like the other Android TV’s, there’s a limited supply of games on offer via Google Play. But I’d invest in a Bluetooth controller if you’re that invested in playing said games on the big screen. 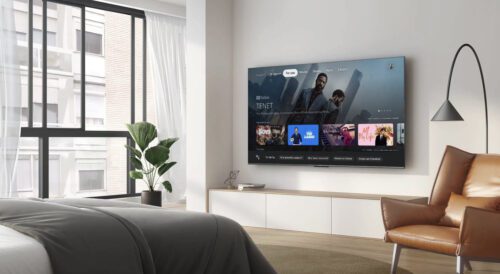 The most noticeable difference I found with Google TV was the way it can integrate with Google Home. I’m not one of those Google Home kinds of people though. I still think that relying on AI to help control everything in your home is a horrible idea. Don’t believe me? Watch season 13 episode 1 of The Simpsons.

Although I don’t use Google Home, I was still able to take advantage of a couple of Google Home’s features. Once I did some “Googling”, of course. And downloaded the Google Home app. Screen mirroring from my phone was one feature I tried. But I wouldn’t recommend it for gaming.

Diablo: Immortal was unfortunately missing for Google Plays limited selection, so it became the perfect test subject for the TV’s screen mirroring capabilities. Unfortunately, there’s an extremely obvious delay between both devices.

The other Home feature I tried was using said phone as a keyboard/cursor via the Google Home app. This made it much easier to log into streaming apps, navigate web pages, etc.

Beyond Google TV, the C635 technical features are great, it didn’t “WOW!” me as a whole like the X10 or C825. Its QLED technology is top notch, even for a model that costs less than $1k. Movie and game visuals move seamlessly. So seamless that I almost felt motion sick during a full 360 degree camera pan. It’s vibrant display works with what’s being shown and the room that it’s in. So in brightly-lit rooms or dark environments on screen, the display will automatically adjust to show the best visuals possible.

Audio quality on the other hand felt like it was sitting at the standard of other TV’s. The included Dolby Atmos gives audio a tiny amount of zing. But I wouldn’t call it a surround sound experience. If you’re after cinema quality, I wouldn’t reach for this particular model.

If you need an affordable TV for the living room that kind of feels like an upgrade, the C635 is a pretty good option. It’s not by any means a home theatre upgrade, but it comes with just enough to feel like you’ve spent over a grand.