For months Australia has sweated over a deal being brokered between Cricket Australia, and the legends who actually represent our country in the baggy green – the players!

Well finally, thanks to the new Overwatch Summer Games updated released today, we’ve got an answer as to why they were taking so long…

Check him out complete with cricket balls for bombs, the baggy green cap, and a cricket bat for a stump! 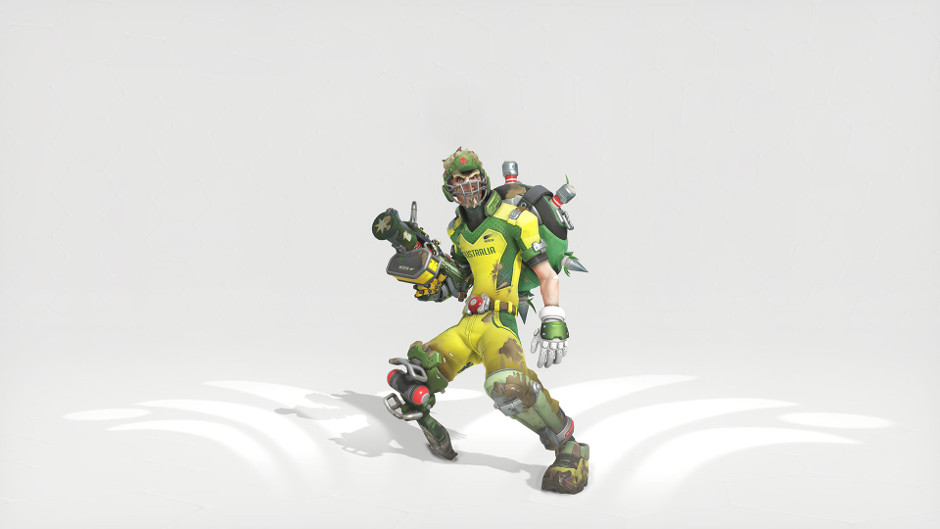 Two characters represent Australia in Overwatch, a fat bellied hook swinging pig called Roadhog, and his peg-legged, fire-haired, bomb popping partner Junkrat! About a week ago Jeff Kaplan, the head cheese behind Overwatch at Blizzard HQ, mentioned some really exciting things coming for Australian Overwatch fans with the second incarnation of the Summer Games event. The other one is Sydney, Australia being named as the new stadium (alongside the original Rio) for Lucioball!

No wonder it’s taken so long for the Cricketers and Cricket Australia to get the deal done! Junkrat wouldn’t come cheap – in fact if you’re not lucky enough to win him in a loot box then get ready to fork out 3000 credits.

3000 credits is a fair shake of the sauce bottle mate, but I’ll be stickin’ me hand in me pocket to buy lootboxes if that’s what it takes to not come the raw prawn on this opportunity, it’s a must have skin for every Australian Overwatch fan who ever dreamed of wearing the baggy green!