The last year hasn’t been kind on IRL events due to the pandemic, leading them to either be cancelled all together or become a digital only occasion. While the latter still gets the job done in one way or another, the feeling of watching from home isn’t the same.

Final Fantasy XIV FanFest 2021 ran as a digital event this past weekend, packing in hours of content over the course of two days. While the most exciting stuff to come out of FanFest was all of the new information about Final Fantasy XIV Online’s newest expansion, Endwalker, it was the entertainment which also got a thumbs up from me.

IRL FanFest usually includes interactivity among fans through Q&A’s and cosplay contests as well as live entertainment. But being a digital event didn’t mean we weren’t getting any of the fun stuff.

With music being a core strength in the MMO, both days of FanFest wrapped up with live performances of music from Final Fantasy XIV Online. Day 1 included the magical and soothing sounds from pianist, Keiko. She performed multiple pieces, most of which feature in the most recent expansion, Shadowbringers.

Day 2 performances however were at the complete opposite end of the musical spectrum, closing up FanFest with a set from the band, The Primals. The rock band performed tracks from Shadowbringers, A Realm Reborn and everything in between. It was high energy, entertaining and the perfect way to wrap up FanFest 2021. Seeing the team getting their groove on in the crowd was also a great dose of serotonin, and absolutely deserved it after putting on an awesome weekend.

While we couldn’t be at FanFest in-person, fans around the world were still able to take part in the festivities. A Q&A was held where fans were able to ask Final Fantasy XIV Online’s Director and Producer, Naoki Yoshida, questions via Zoom.

The Cosplay contest wasn’t going to be stopped this year either. Fans were still able to get creative and dress up as their favourite characters, which were then voted for by both the fans and dev team. Some entries were very impressive, others were questionable. Personally, this was my favourite part of the entire FanFest. I watched on with friends through our Discord server and voted among ourselves about who should (and should of) won. 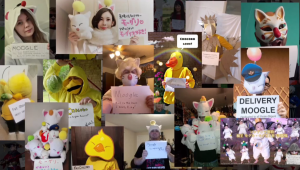 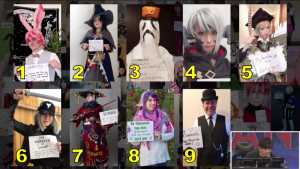 The Western Final Fantasy XIV Online community also got involved in “Who Wants to Be a Gillionaire?” where content creators around the world competed in teams of four to win…well, millions of Gil. Mr. Happy, Zepla and even Australia’s own Ethys Asher were among some of those involved. Each team raced to finish off instances with the winning team given a chance to answer quiz questions based on Final Fantasy XIV Online. This was a segment I would have loved to of seen more of throughout the weekend.

I was unable to find separate videos for both the cosplay and quiz show segments, however they can be found here along with everything else that happened on Day 2.