Next year marks the five year anniversary since the Nintendo Switch went on the market and are still selling like hotcakes. A new OLED version also launched this year called the Nintendo Switch OLED, which offered both better visual quality but also a larger screen. Both models are surely going to be on many Christmas gift wish lists this year.

Travel restrictions have also eased a lot more since last Christmas, with international travel once again becoming a reality. And if you’re like me, you’ll probably be passing time in transit playing games. Whether on planes, trains and/or automobiles, I’ll always have my Nintendo Switch on me at all times. But the Switch isn’t just handy on the move, it’s also the best way to comfortably play games around the home. Whether you’re relaxing on the recliner or getting in some game time while laying in bed.

Which is where we come in with a plethora of game recommendations for both new and existing Switch owners. Last Christmas was the first of the Nintendo Switch Gift Guides in hopes of offering legendary recommendations for the handheld console. And this year is no exception.

Whether they’re last minute gift ideas or something to spend christmas money on, there’s something for everyone in this list. 2021’s guide has a few familiar favourites from last year, games/products reviewed by the team this year and some personal favourites I’ve enjoyed during my down time. Like last years guide, I’ve linked reviews where possible and also recommend where to buy for the best price.

The Outer Worlds was my favourite RPG experience of 2020 after first playing on the Xbox One. This year I was lucky enough to review its second expansion, Murder on Eridanos, on the Nintendo Switch. This murder mystery has you taking on the role of detective as you investigate the murder of the lead actress of a popular Aetherwave show.

The Outer Worlds as a whole isn’t as polished on Switch as its more powerful platforms, which is as expected. But it’s an amazing RPG experience nether the less that I highly recommend.

The base game of The Outer Worlds is available from EB Games for $20, however its expansions are only available via the Nintendo eShop. 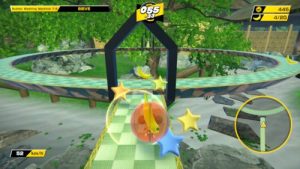 Popular puzzle series Super Monkey Ball celebrated 20 years since its home console debute on the Nintendo Gamecube. So it only seems necessary to experience the nostalgia on Switch. Originally launching in arcades, Super Monkey Ball is a fast-paced platform puzzle game where you collect as many bananas as possible while rolling around in a giant hamster ball. The catch is you don’t control the monkey, but the platform you’re rolling around itself.

Banana Mania offers HD versions of levels from Super Monkey Ball 1, 2 and Deluxe as well as plethora of mostly sports related party games for 1-4 players. Which is perfect family entertainment for young and old. Iconic SEGA characters also make cameos as unlockable characters, including Sonic, Tails and Kazuma Kiryu from the Yakuza series.

Being a fan of Super Mario 3D Land on the Nintendo 3DS, I’ve always wanted to play Super Mario 3D World since it launched the Wii U. But I never owned the console, and I honestly have no idea why. My dream came true when 3D World was ported onto the Switch earlier this year.

The original SMB are back for a three-dimensional adventure like no other. Princess Peach isn’t the only one who needs saving from Bowser either. Seven Sprixie Princess fairies have also been kidnapped and scattered around the world.

Bowser’s Fury is a new addition just for the Nintendo Switch Port for 1-2 players. And it reminds me a lot of Super Mario 64 where you’d explore the same area multiple times over but had different objectives. In Bowser’s Fury, you instead collect Suns to open up new areas and defeat Bowser.

I was pleasantly surprised with NBA 2K this year since last years release left a sour taste in my mouth Launch day was bitter sweet with NBA 2K21 introducing a controversial new shot metre both loved and hated by fans. It wasn’t a good start to the 2K year as the difficulty of successfully making shots made me want to quickly put my controller down.

But NBA 2K22 definitely wasn’t as difficult as last years as it improved this key gameplay feature, making it a much more enjoyable experience. NBA 2K22 on Nintendo Switch also didn’t disappoint. While loading times are longer, the action is surprisingly smooth. This is a must for basketball fans who religiously play NBA 2K. 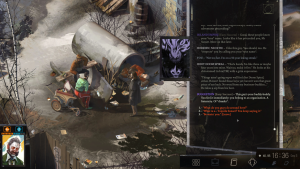 Royce Wilson, fellow GOA writer and Tech/Features Editor, says that Disco Elysium is “something best experienced rather than described.” Which makes it sound like The Matrix. Royce however is 100% correct.

Disco Elysium is an extremely deep, dialogue heavy, mature-themed RPG that originally came out in 2019. Meaning this one is definitely more for the adults. However it was re-launched earlier this year in the form of a Final Cut edition, featuring a plethora of new content. It’s also just launched on the Nintendo Switch’s digital store back in October and the reason why I had only just started playing it.

The Switch version of Disco Elysium is the perfect replacement of the book you’d read in bed as this game is full of dialogue from the get go. I also love the dice roll feature that pans out the chances of events either being a success or failure.

Disco Elysium: The Final Cut is available on the Nintendo eShop for $60.

For the longest time, fans of Persona 5 have beckoned for a Switch release of the RPG. While it’s not exactly what fans asked for, it’s still a worthy P5 experience on the handheld. Persona 5 Strikers is a hack ‘n’ slash version of the popular RPG title with a completely new 50+ hour story.

The Joker and the rest of the Phantam Thieves are about to have a summer to remember as they end up investigating a crime on vacation. This virtual road trip is a road trip must, and if you’re a fan who hasn’t checked it out yet, now’s the time.

Persona 5 Strikers is available from EB Games for $47.

Sonic Colours is another early 2010’s port which our own Dylan Blereau reviewed a few months back. While Dylan may have checked it out on Playstation 4, I’ve given it a whirl on the Nintendo Switch to see how it performs. And I very much rate this just on its performance.

It’s a mixture of both two-dimensional and three-dimensional Sonic experiences, the latter being less than desirable over the last decade or so. Dylan recommends this for “those who love the iconic hedgehog or platformers in general.”

Sonic Colours: Ultimate is available from EB Games for $47.

Last year, the publishers behind some of GOA’s much loved franchises unloaded a plethora of fan favourites onto Nintendo Switch. Borderlands: The Legendary Collection, BioShock: The Collection and XCOM 2 Collection are making a return appearance in this years Switch Gift Guide.

These timeless classics offer legendary amounts of gaming goodness in each collection. Both the Borderlands and BioShock collections featuring three games each, with Borderlands, Borderlands 2 & Borderlands: The Pre-Sequel and BioShock, BioShock 2 and BioShock Infinite respectively. XCOM 2 Collection on the otherhand features the base game as well as its expansion and DLC content. 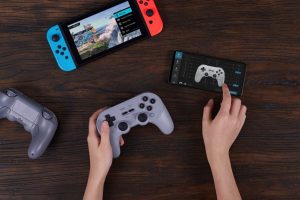 This Bluetooth controller is hands down the best third party controller I’ve owned. Not only is it compatible with the Nintendo Switch but can also be used with Android, iOS and Windows.

The SN30 Pro 2 is a sturdy controller that’s not only versatile but also comes with a plethora of features, including button mapping, multiple profiles, rumble and Pro buttons on the underside. I also recommend to get it in G Classic for that nostalgic Gameboy colour scheme.

Last years gift guide featured a very nifty tech item for its time called the AirFly Pro. Due to the Nintendo Switch’s lack of native Bluetooth audio capabilities, the AirFly Pro was needed if Switch owners wanted to use a wireless headset. As it turns out, the Nintendo Switch was capable of this the entire time. It wasn’t until a software update that you could use wireless headsets without the need for an extra device.

Most wireless Bluetooth headsets on the market are the bulky kind. Which I personally dislike when playing the Switch, particularly while in handheld mode. Earbuds though are a perfect alternative and a pair I’ve personally reviewed this year are the Huawei FreeBuds 4i. FreeBuds 4i are sleek and offer amazing audio quality. And, of course, are versatile enough to be used with other devices such as Smart TV’s, laptops and phones.

FreeBuds 4i are available on Amazon for $134.

A carry case is essential for Nintendo Switch owners, and GOA writer/Reviews Editor Chris Inglis reviewed the ultimate carry case bundle this year. As the name states, The Fixture S1 Mount & Carry Case is the entire package when it comes to Switch gaming on the go.

Its carry case is big and sturdy enough to store games, a pro controller and the Switch itself. The mount not only allows you to comfortably play the Switch on any surface, but also lets you attach a Pro controller for comfortable Switch gaming wherever you may be.

Kmart have become the go-to for gamers on a budget with their own Anko brand manufacturing a range of gaming peripherals, streaming gear and other accessories. They’ve made a few items for the Nintendo Switch, including this controller-like Grip. This device attaches to your switch in handheld mode to make gaming more comfortable on your hands. Be warned that it’s a very tight fit when it comes to attaching and detaching it. However it still does the same job as other attachments like it but at a fraction of the cost.

The Anko Nintendo Switch Grip is available exclusively at Kmart for $10.