CHRISTMAS is almost upon us and there’s still a few weeks left to source some tabletop gaming gifts for the tangible gamer in your life (or drop some hints as to what you’d like to find under the tree yourself). As always, the GOA team is here to help with some suggestions, ranging from board game recommendations, to tabletop accessories for all you dice goblins and tabletop gamers out there.

Without a doubt, Wingspan is one of my favourite board games I’ve ever had the chance to play, and super conveniently the newest expansion/2-player variant released on December the 2nd. If you love competitive games, centred around the wingspan, eating habits and environments of hundreds upon hundreds of birds – Wingspan is for you. If none of that makes any sense at all, Wingspan is still for you.

Wingspan is a relaxing, award-winning strategy card game about birds for 1 to 5 players. Each bird you play extends a chain of powerful combinations in one of your three habitats. Your goal is to discover and attract the best birds to your network of wildlife preserves. The newest expansion has added a whole new array of birds from Asia, and also offers a two-player variant for those who are wanting to play in a smaller group size.

Here to Slay is a competitive role-playing fantasy strategy card game that’s all about assembling a party of Heroes and slaying monsters (and sometimes sabotaging your friends too). If you’ve had the chance to play Unstable Unicorns, it may look eerily familiar, and that’s because it’s made by the exact same company.

I can’t think of a game I’ve pulled out the classic ‘one more round’ trope on than when I’ve been playing Here to Slay, because it’s simply addictive. The card art, game mechanics and ability to annoy everyone at the table is so far up my alley I feel like it was plucked straight from my brain. Rounds go incredibly quick, which makes the game that much more enjoyable for anyone wanting a quick game you can deal out and play in a matter of minutes.

If the combination of mystery, horror, and table-top roleplaying games sounds like your idea of a good time, then the Call of Cthulhu 40th Anniversary Starter Kit would be a welcome find under the Christmas Tree.

The Starter Kit containing literally everything needed to get started in the Call of Cthulhu TTRPG, including dice, quick-start guides, pre-generated characters, and even a Choose Your Own Adventure-style introductory adventure which can be played solo and serves as an outstanding introduction to the system, character creation and the Cthulhu Mythos generally.

Call of Cthulhu is one of the world’s most popular TTRPGs – it’s been around since 1981, although the fictional universe it uses was created by HP Lovecraft and friends in the 1920s and 1930s.

In addition to the starter kit, there are numerous expansion books including Pulp Cthulhu, (more emphasis on action, a la Indiana Jones or the Brendan Fraser Mummy films) Terror Australis (a very well-researched Australian sourcebook/setting), Cults of Cthulhu (which covers everything you could want to know about developing sinister cults for your games) and the recently released Regency Cthulhu (which leans heavily into the whole Jane Austen era).

RRP: AUD$36.40 for the starter kit; prices for the other sourcebooks vary. 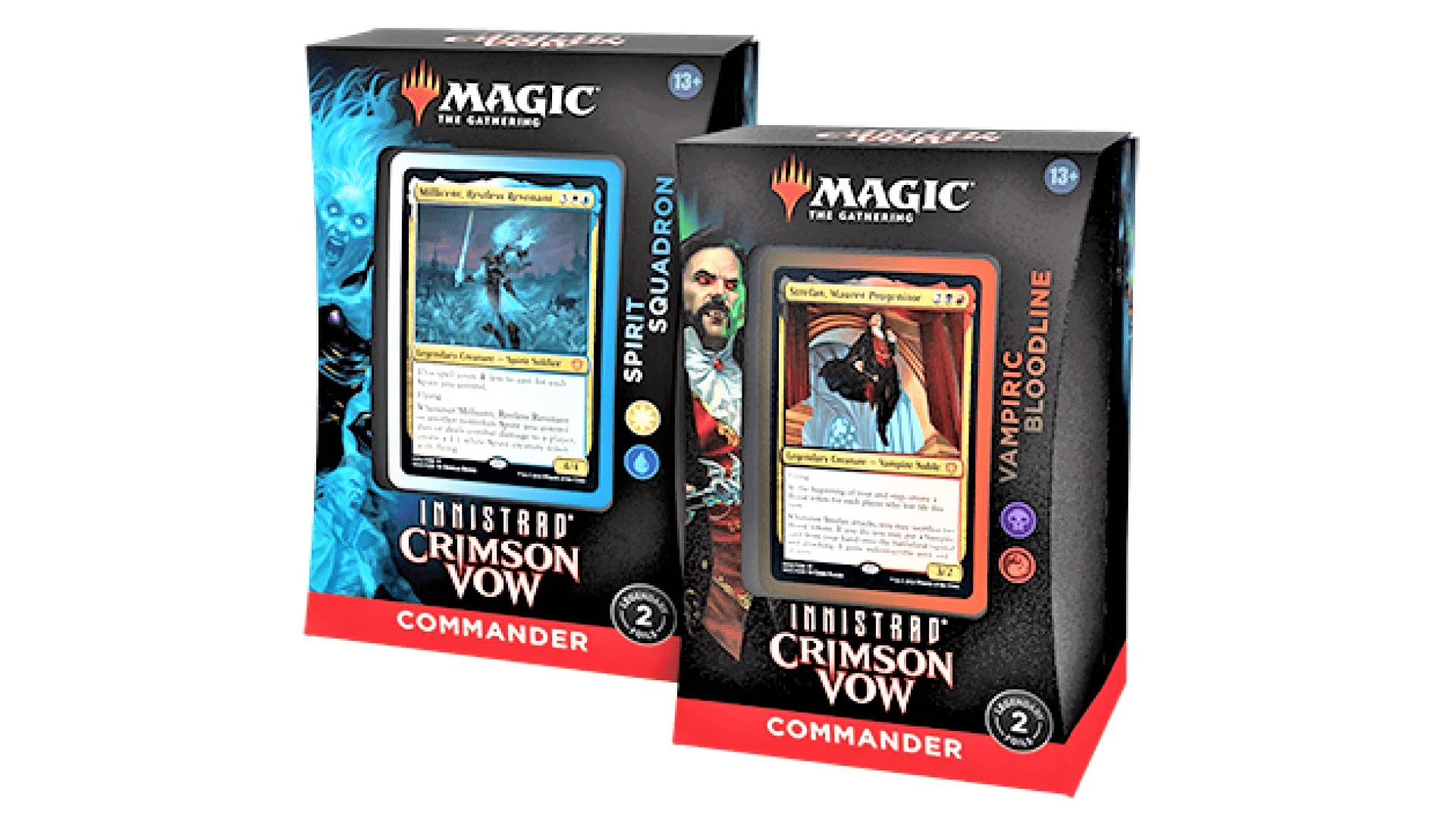 Magic the Gathering: Commander decks are practically released on a quarterly basis, so for any MTG player in your life, or anyone who might be interested in picking up their first deck for the first time, you really can’t go wrong with getting them one of the newest decks to have been released from your local game store.

A brand new product titled ‘Starter Commander Decks’ just released which is targeted towards new players, which is perfectly timed for the holiday season, as it’s the perfect introduction to the game at a really price-friendly rate, but there’s also dozens of deck-types that can be purchased from this years releases, dependent on whatever my peak your interest. 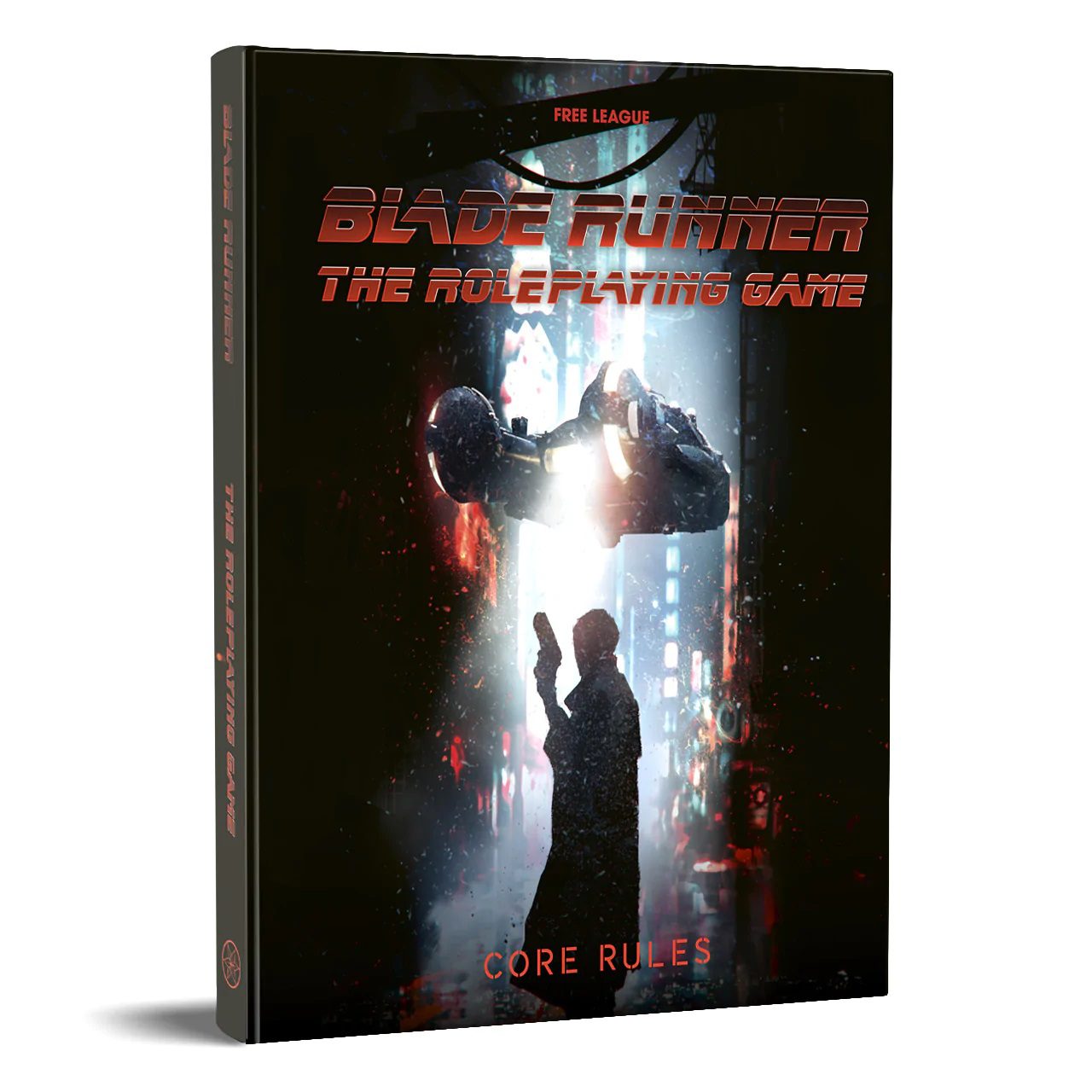 The latest – and extremely anticipated – release from Free League Publishing is a sci-fi TTRPG based on the Blade Runner books (yes, plural) and movies.

Using a modified version Free League’s Year Zero engine, Blade Runner: The Roleplaying Game “pushes the boundaries of investigative gameplay in tabletop RPGs, giving you a range of tools to solve an array of cases far beyond retiring Replicants. Beyond the core casework, the RPG showcases the key themes of Blade Runner – sci-fi action, corporate intrigue, existential character drama, and moral conflict. It challenges you to question your friends, empathize with your enemies, and explore the poisons and perseverance of hope and humanity during inhumane times”, as the official blurb explains.

While not out until December 14, our editor has an advance copy and insisted we include it here because he says people who like sci-fi TTRPGs (like Free League’s Alien RPG) or Cyberpunk settings are going to be very interested in it – especially if they’re looking for more than just a “hunting down rogue replicants” experience.

RRP: AUD$90 or so for the Core Rulebook; it will vary with the fluctuating exchange rate against the US Dollar. 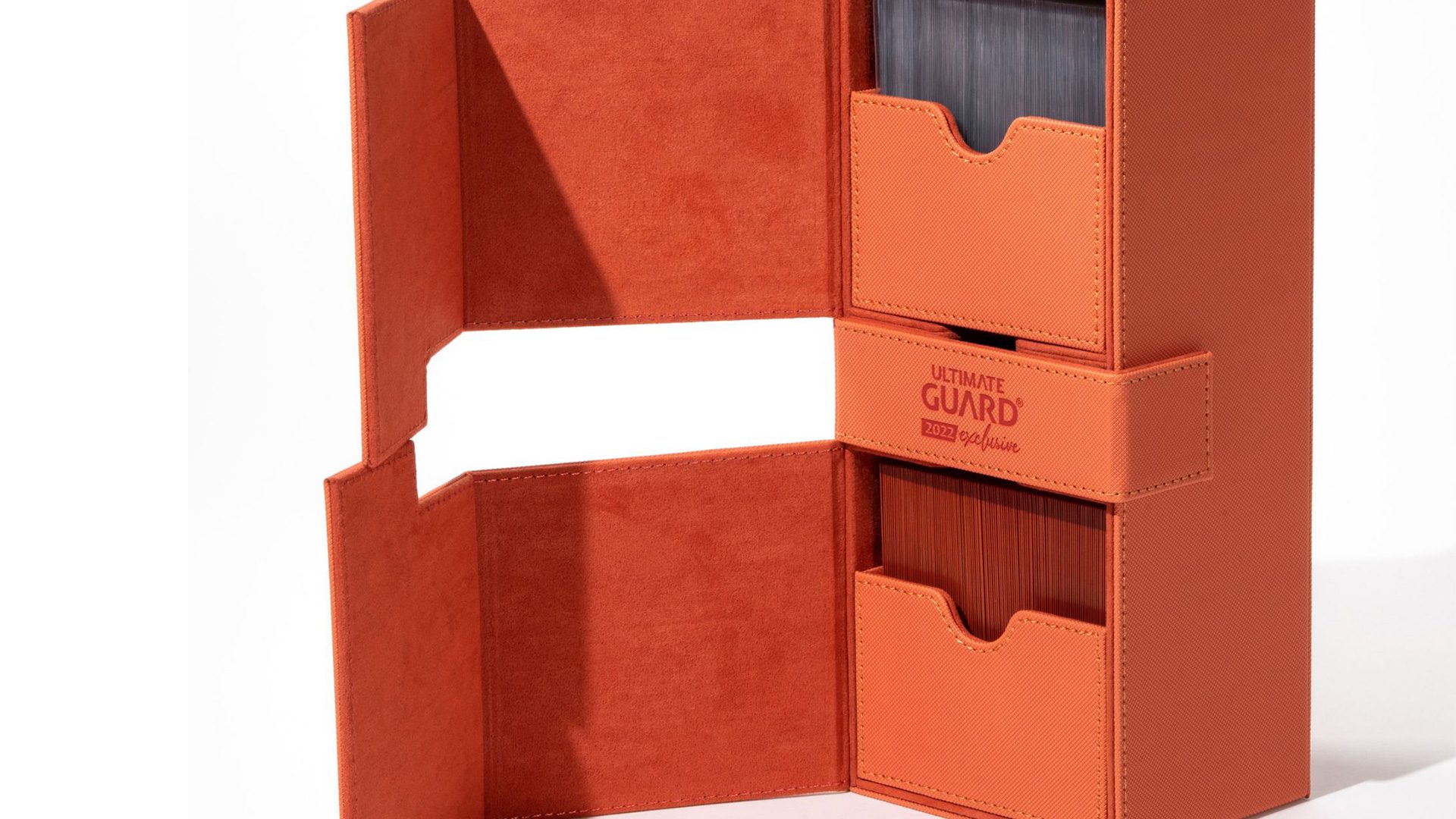 Although it may not sound like the most ‘exciting’ of gifts – take it from someone who has thousands upon thousands of cardboard cards lying unorganised sporadically throughout my house – card storage is incredibly exciting for anyone who plays card games, even more-so when you grab something as high quality as an Ultimate Guard deck box.

Ultimate Guard offer a range of deck boxes dependent on your storage needs, but the three options I’d recommend are the Sidewinder, Twin Flip‘n‘Tray and Arkhive from their ‘Xenoskin’ series. All are made with a premium leather feel, and offer huge variety of colours to choose from to suit your gift recipients desires. It’s some of the most ‘premium’ feeling card accessories I own, and for a really affordable price, I couldn’t recommend it more.

RRP: Anywhere between AUD$35-90 dependent on which kind of box you need 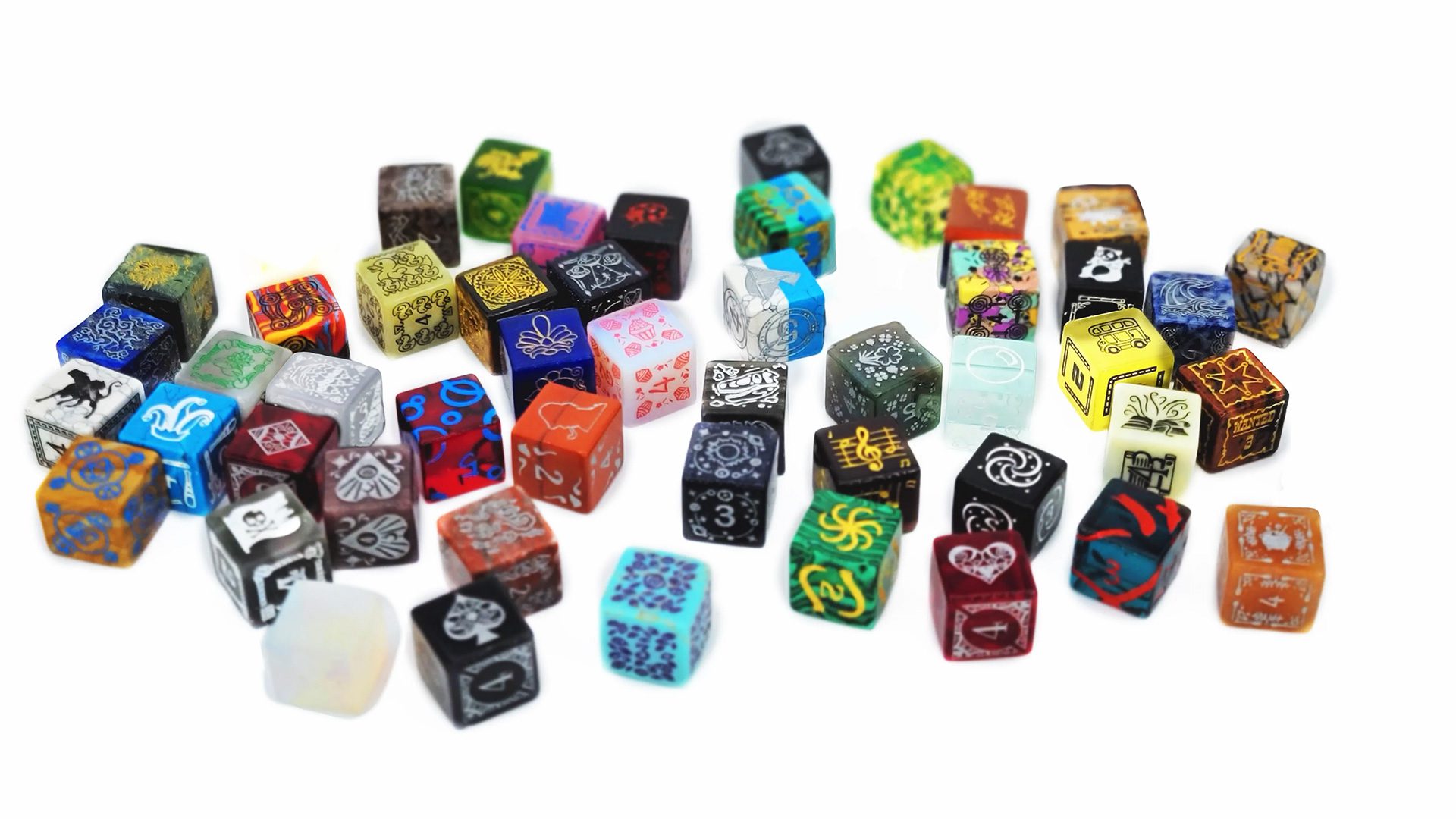 For those who might be interested in the more ‘premium’ of purchases (especially for any dice goblins out there), LevelUp Dice has almost anything you could want. With dice sets ranging from aluminium, crystal, metal, wood, semi-precious stone – even to bone, they’ll have anything your beloved tabletop player could ever want, in a variety of colour schemes.

I admittedly never saw the appeal in a ‘premium’ dice set, until I got my hands on my first set of LevelUp Dice, and I’ve never looked back. The quality, finish and attention to detail is immaculate, and I really couldn’t think of a better gift for someone in your life who spends a lot of their time rolling dice. 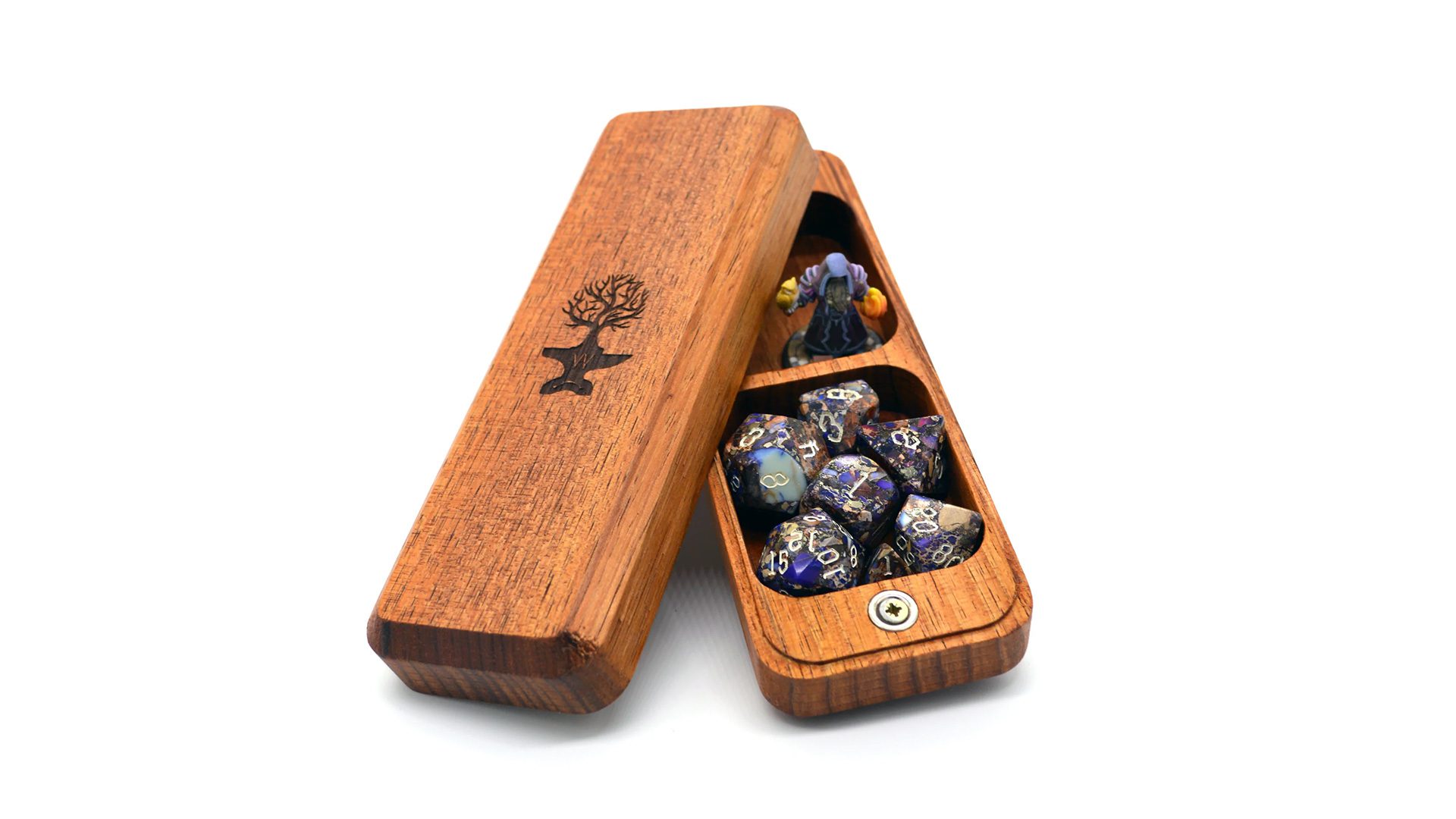 Nothing speaks elegance quite like some carved, pure Australian hardwood. From dice boxes and dice-trays to GM screens, the team at Wootenforge have everything any TTRPGer could want to store your dice and miniatures, with a glorious looking finish to every item.

It’s hard to find something of this quality at such an affordable price-range – much less something that’s also Australian-made – so for a more glamorous gift to a party member or loved one, you really can’t go astray with any of the offerings Wootenforge has to offer, with a special shout-out to the Adventurer’s Chest, which gives you an all-in-one dice tray, dice storage and miniature storage.

RRP: From AUD$69 for the Adventurer’s Chest dice storage box

If you are looking for an astronomical range of dice to choose from that won’t break the bank this giving season, Chessex is the brand for you. Your local hobby store is sure to have some sets on hand if you need a quick last minute gift. You can also purchase a set online from Aussie tabletop game retailers including Games World and Good Games.

My Phantom teal and gold D10’s are beautiful to roll and have only landed in dice jail a couple of times this year. 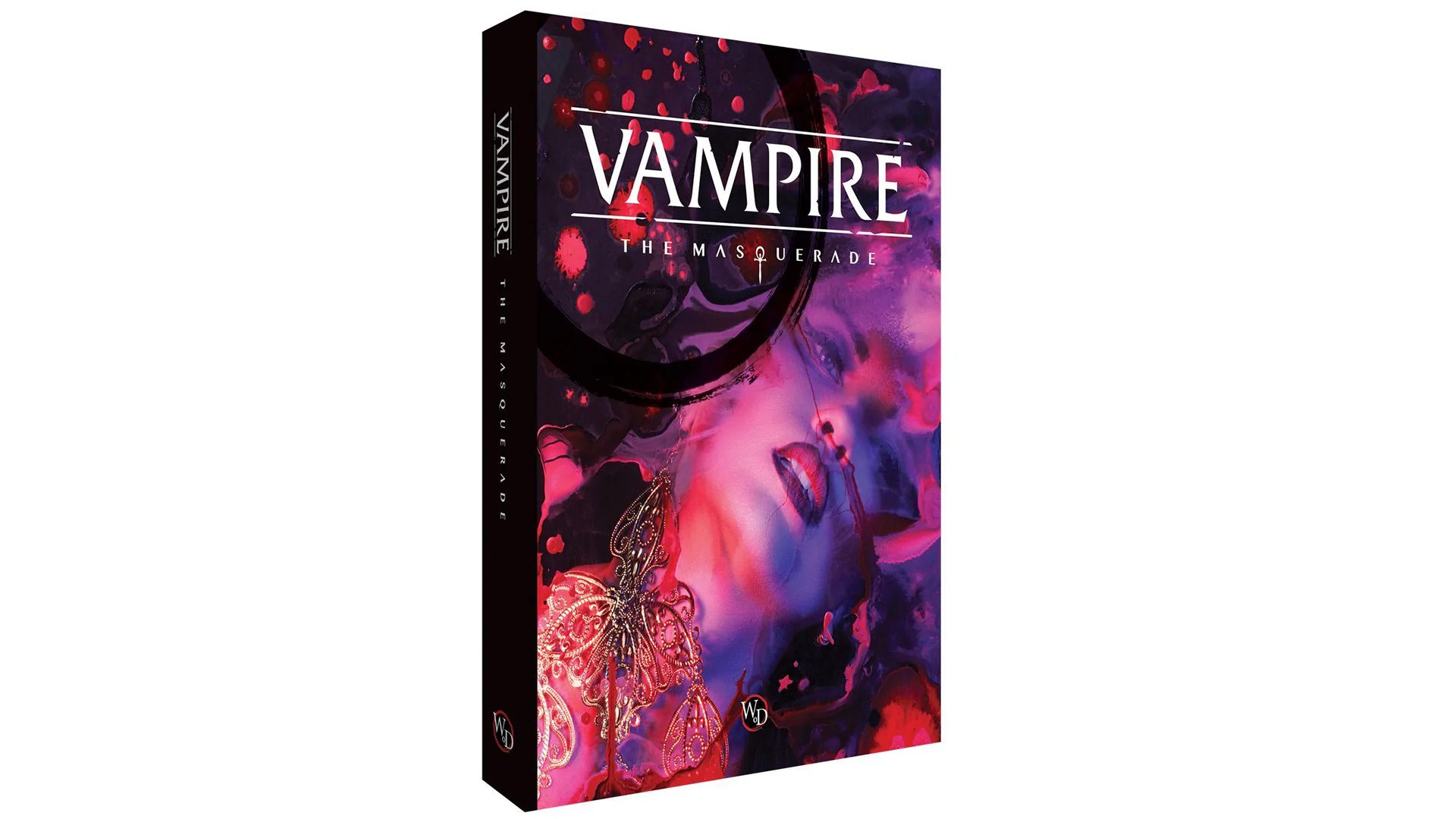 This year I have joined my friends for a deeply political, violent, and intrigue filled Vampire the Masquerade (VTM) tabletop campaign. In a way similar to Call of Cthulhu, the VTM system and world is designed to artfully carry impactful themes and adult storytelling.

There may be a gamer at your TTRP session that doesn’t have their own copy of the core rule book. Christmas is the perfect time of year to gift them a copy so they stop stealing your book! For just in time gifts, most systems have digital rule book versions available. A physical copy is a nice touch for someone you know will appreciate leafing through the pages to find what they need.

RRP: About AUD$90 for the physical edition or USD$25 (Roughly AUD$37 depending on the exchange rate) for the digital edition 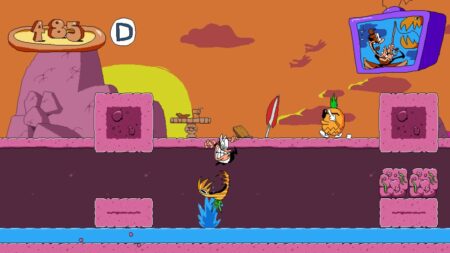