Anthem is starting off on the right foot!

We’re yet to hear what sort of post-launch content or DLC Anthem is going to throw our way, but one thing you can bank on is that you won’t be paying for it – at least the story driven stuff.

Sitting on the PAX West Bioware panel, the executive producer of Anthem, Mark Durrah said they don’t want to “divide the audience” when it comes to telling Anthem’s story, “we want people to experience the same stories so none of that is going to be locked.”

He also mentioned that there will be “no loot boxes,” citing that the grind will be there to unlock new weapons and cosmetics.

“There will be some cosmetic stock that you can pay for but it will always be earnable.”

Lead Producer, Mike Gamble, went on to explain that Strongholds will be Anthem’s raid-like content for four player co-op, and that is where the real sweet loot and rare items will be found.

It’s no surprise that Bioware will be peddling the message considering the hoo-haa that was the EA loot box saga during Star Wars Battlefront 2 that will forever be told and retold by gamers throughout history.

To get you a little more pumped for Anthem, being released next year, here’s the latest trailer – “Our World, My Story.”

Remember Zoo Tycoon from 2001? I do. I spent way too many hours playing out my own version of “We bought a Zoo”, even before we even knew Matt Damon wanted one! 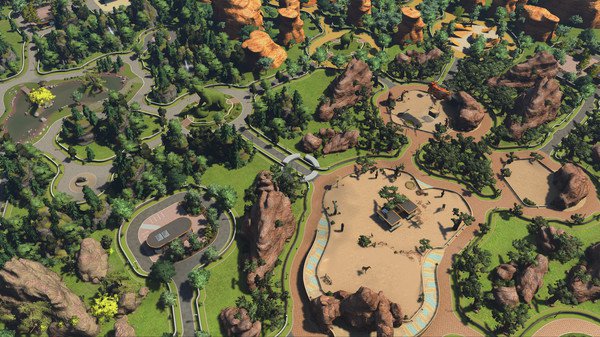 It’s coming back this as Zoo Tycoon: Ultimate Animal Collection!

From Steam:
• Get up close and personal with nearly 200 visually stunning animals from around the globe
• Create the Zoo of your dreams with the biggest, most detailed environments ever utilizing intuitive yet powerful controls designed for Zoo Tycoon fans of all ages
• It’s your zoo – design and manage your ideal zoo from intuitive road construction to the ability to adjust the enclosures and decorate them. The choice is yours!
• Extended Campaign Mode lets you become the ultimate zoo tycoon by completing 30 exciting scenarios all around the world!
• Specialized Challenge Mode features 20 specialized zoos. Collect all the species and transfer animals from one of your zoos to another! But beware of the crises that can strike at any time!
• Build and share your Zoo with up to four people

The game is out on September 14.

And to prove it Doom developer, John Romero, even congratulated Zero Master on twitter:

CONGRATS, Zero Master! Finally, after 24 years! “To win the game you must get 100% on level 15 by John Romero.” Great trick getting to that secret! https://t.co/Im9BSP5Eyh #doom

After 24 years of Doom 2 players only ever being able to achieve 90% completion Doom Pro, Zero Master, has just become the first person in history to figure out that a teleporter on map 15 that you can’t reach isn’t actually a bug, it just requires something a little more special to activate.

It requires luring a pain elemental to the tele and then doing this:

Hell of an achievement – pardon the pun!