It’s time for another huge Steam Sale and 2K Games have a pile of theirs up for grabs. From now until July 9 you can grab old and new titles and save up to 75% off!

If you’re yet to get into Borderlands, now is the perfect time to jump on the hype train before Borderlands 3 releases on September 13. Revisit the original Borderlands which was remastered 10 years later in glorious Ultra HD earlier this year. And the story continues over on Borderlands 2 with the new Commander Lillith & the Fight for Sanctuary DLC which is free until July 8.

Another great franchise starting with B is Bioshock and the you’re going to want to take advantage of this sale if you’re interested in it. The Bioshock Collection contains all 3 Bioshock games and add-on content. Amazing value for an amazing series.

If world domination is more your thing, you’ll love Civilization VI. Build, explore, expand and  make your empire stand tall above the rest. Go in guns blazing and dominate with a military victory or focus on research to become the most hi tech empire. Civilization VI includes hours of fun which will have you constantly saying “One More Turn”. Don’t forget to also check out Civilization VI’s latest expansion Gathering Storm.

There’s more turn based strategy where that came from with Xcom 2. The war against the aliens is on and every move you make is crucial to saving earth from domination. Along with the base game you can also save 50% on the expansion War of the Chosen during the Steam Sale.

Sport titles are also included in the Steam Sale including banga 2K staples WWE 2K19 and NBA 2K19, which is celebrating 20 years of the Basketball franchise.

For more information on all titles, please visit the Steam 2K Collection Page. 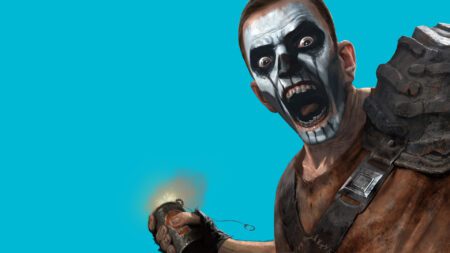 OVER-hype is the bane of any modern video game, and throughout recent years, there’s been an abundance of promising titles…