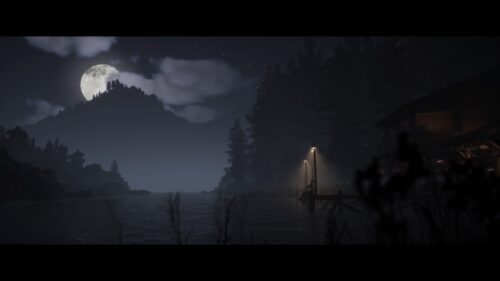 OK readers, I have a secret to tell. And I might lose some of your respect after I tell you. Here it is…

…I haven’t played Until Dawn or any of The Dark Pictures games. There, I said it.

But in saying this, these titles have intrigued me. Particularly Until Dawn. I’m a fan of both horror movies and Choose-Your-Own Adventure books from the 90’s. And it’s pretty cool that we’re in an age where video games have said, “Why can’t we have both?”

Dubbed as the spiritual successor to Until Dawn, The Quarry mixes together the same combination of multipath storytelling, quicktime events and plenty of cinematics. And even though I haven’t played Until Dawn, I already knew what to expect and that I was going to love it. I also knew I’d need at least three playthroughs before writing a word of this review. Just so I could experience as much of this title was going to deliver.

The Quarry takes place in present day USA at Hackett’s Quarry Summer Camp. Summer’s over but camp has only just gotten interesting for its seven college-age counselor’s. After a poorly made decision by one of the counselor’s, the teens are forced to stay an extra night. And things are about to take a turn for the worst after the camp owner swiftly abandons them. Leaving them with one simple instruction – “Stay indoors.”

Teenagers being teenagers, they do the complete opposite. Soon enough a quiet night around the campfire turns deadly as counselor’s start being stalked by an unknown creature roaming the camp grounds. And they soon come to find that nothing’s as it seems in Hackett’s Quarry. Who lives and who dies is entirely up to the player based on decisions they make through out the night.

Now I may not have played Until Dawn before playing The Quarry, but I’ve played other titles of the same flavour. Heavy Rain, Beyond: Two Souls and Detroit Become Human are three other games I’ve played through which are very similar. All three titles are heavily story driven and use quicktime events to decide how certain situations play out.

The main difference though with games are how they used almost every button on the controller when it came to different actions. The Quarry, however, uses the thumbsticks and one button. Which didn’t give as much of a challenge as I expected. I’m not sure if it was intentionally simplified, but I would have liked if they threw a few more buttons into the mix.

Controls aside, The Quarry is still excellent when it comes to gameplay. It can feel slow at times, especially since characters really only walk around at one pace. Between decision making and watching hours of cinematics, you’ll also find clues and evidence to help solve the mystery of Hackett’s Quarry. It gives it that mystery thriller vibe on of being a horror title. 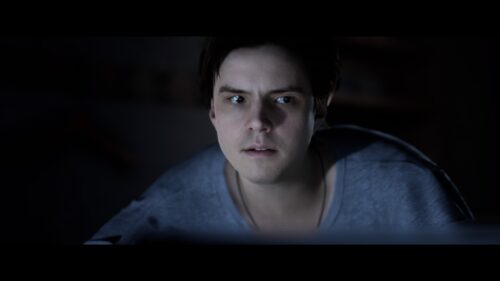 But honestly, I found most of the plot to be predictable. That or I’ve watched too many horror movies in my time. It’s pretty hard to explain how exactly without spoiling too much of the story. I was able to guess most of it within the first couple of chapters. However, there were a couple of plot twists I wasn’t expecting. So it wasn’t like the story was overly ruined for me in the end.

While The Quarry has the mystery element to it, it still giving off plenty of creature feature teen slasher vibes. With an emphasis on the word “teen” when it comes to dialogue. The story delivers a decent dose of crude humour and lots of talk about who’s crushing on who. Some of it initially giving off some second-hand cringe. But I had to remind myself that I’m a 33 year-old who’s become out of touch with the youths of today.

There was a huge missed opportunity however. One that I was excited to see being fleshed out but was left with a lot of disappointment.

I won’t name names, but there was a spark between two characters of the same sex. At first, I thought my own decisions had stopped something from happening between the pair. But after three playthroughs, I was sad to see that the writers had only lightly brushed over such a storyline.

I’m well aware that there are other games out there which have LGBTQIA+ representation. But I would have liked the writers to fully flesh out that flirtatious storyline as if it were like the others shown.

The ending was also a bit of a fizzle, feeling lazily executed. I’ve tried typing why without it sounding like I’m spoiling an experience. But I can’t. All I’ll say is I wasn’t happy with how things were wrapped up.

Story imperfections aside, The Quarry also features an all star cast of Hollywood names. Some making an appearance more than others, but I’ll let you find out who was given less screen time than they deserve. Familiar faces include Ariel Winter (Modern Family), David Arquette (Scream franchise), Ethan Suplee (My Name Is Earl) and Aussie bred actor Evan Evagora (Picard). As well as iconic horror actors Ted Raimi (The Evil Dead franchise) and Lin Shaye (Insidious franchise).

Most of their performances were great, while others could have been better. Even with a motion capture setting with practically nothing to work with, some of these actors did a fantastic job fake panicking. While others must have completely forgotten what was going on in the scene.

Very small spoiler, but one character gets their eye ripped out. The normal response would be a lot of screaming. Daryl Hannah in Kill Bill Vol. 2 is a great example of someone in this situation. But we didn’t get screaming…or over-the-top panicking for that matter. It was a pretty flat performance in my opinion. A couple of others come to mind, but that requires heavier spoilers.

I reviewed The Quarry on the Playstation 5, however another one of the GOA writers played it on both the Xbox One X and Xbox Series X. And our experiences were similar on the newer generation consoles were similar.

Visually the game looked great, especially in low-light and night scenes. However there was a strange blurry aura around the characters in some shots. The obvious loading time and frame rate differences were also found between the different generations of Xbox consoles.

For what it is, The Quarry is good, but I wouldn’t call it a masterpiece. It’s worth playing through multiple times to witness all of the different outcomes, both in the end and throughout. And it’s definitely worth checking out if you’re a fan of horror movies. But it still requires some tweaking to make it a masterpiece.

The Quarry is out now on Playstation 4, Playstation 5, Xbox One, Xbox Series X|S and Steam.