“The Sky Climber is a casual indie platform game that is fun to play and challenging enough without becoming frustrating.”

The Sky Climber is a clever platformer game developed by Tormentor Games and was released on November 10, 2018. You play as one of two characters, Colosio and Andre, and your aim is to climb as high up the under construction skyscraper as you possibly can. There is a third unknown character listed as coming soon. Colosio is a strong and slower character dressed as a construction worker and swings a sledgehammer, while Andre looks like a Knight in black armour who is fast with quick sword attacks. Andre is a character from another of Tormentor’s games, Escape From the Dragons. 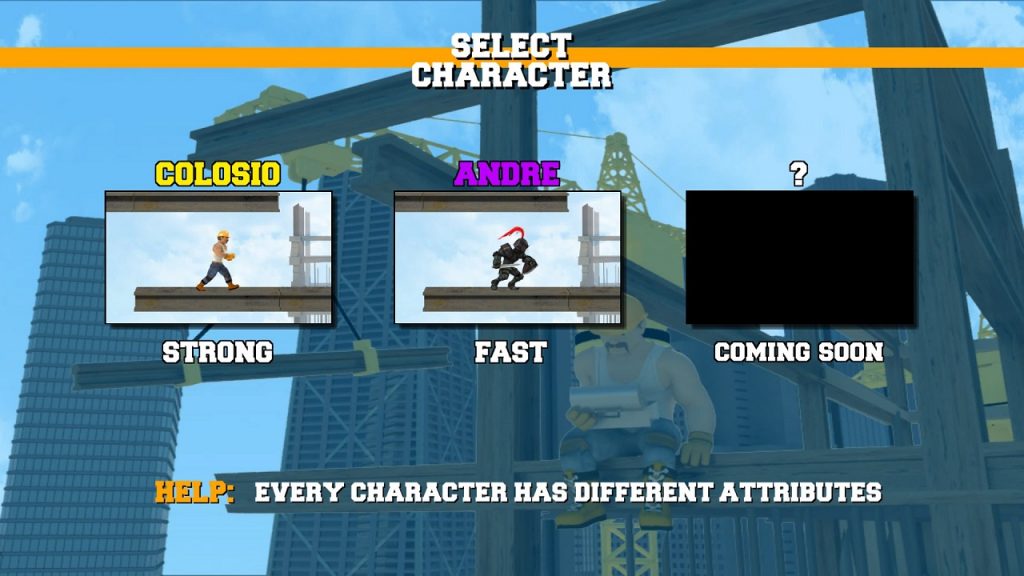 Once you start the game, you will be playing in one of 20 variations to the designed of the game and it will randomise each time you start a new game. You use the left, right and up arrow keys to move around and jump and pressing ‘f’ will attack. You use attack when there are barrels blocking your way or when spiky balls are dropped at you. If a spiky balls his you, you are bounced away from the ball, and this could mean the difference in reaching the next platform. 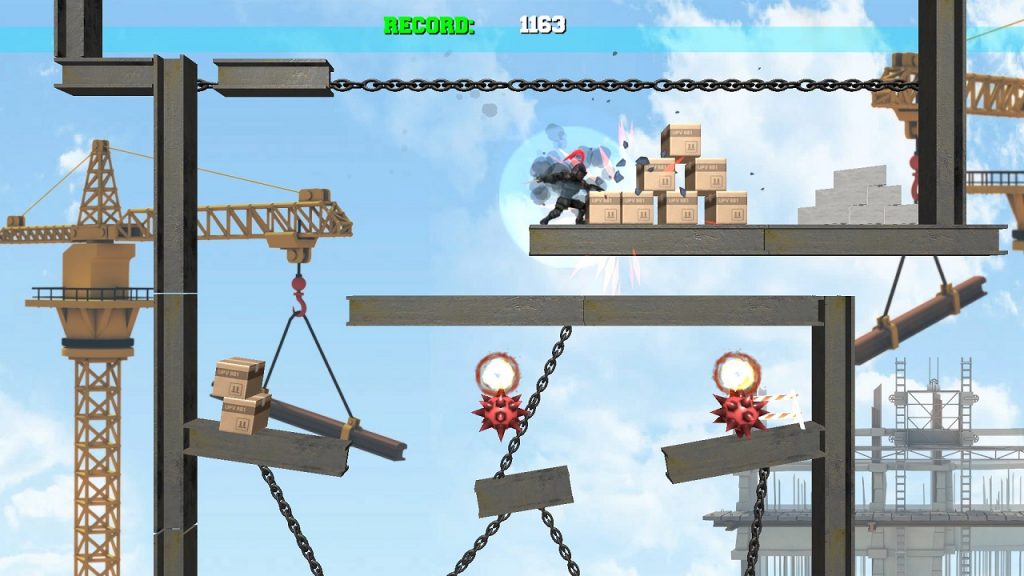 If your character falls or is caught by the bottom of the screen you will die and your score gets recorded on a global leaderboard. You will die many times, but each death is a learning experience as you try to climb and survive for as long as you can. Your score keeps ticking up the longer you stay alive. There are foods like tacos and sandwiches spread through the levels which give you bonuses, such as being able to hit objects with a much stronger force. 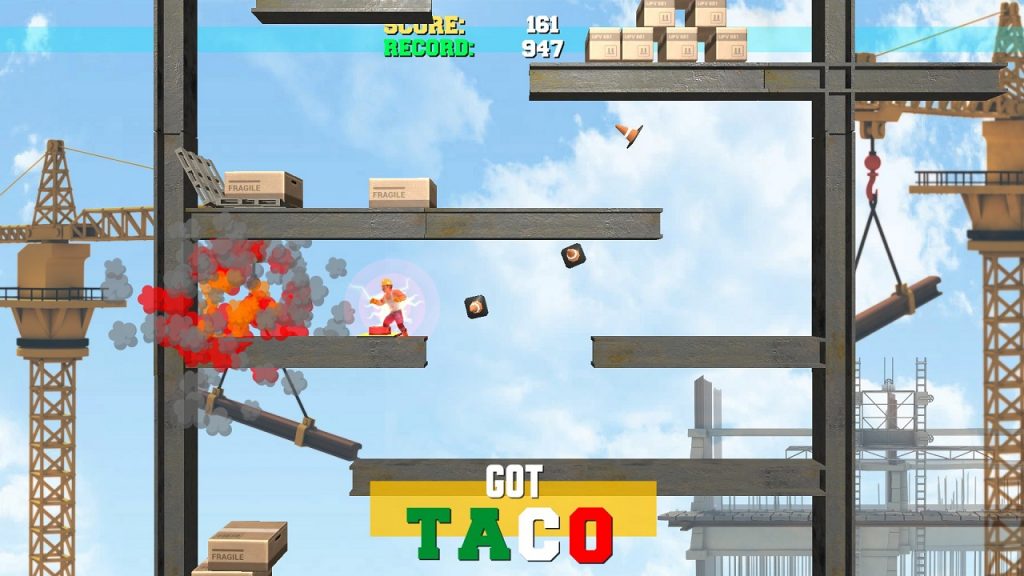 Given there are 20 different layouts that are randomly generated, it’s not as easy as just remembering which path you took on your last death. You must react to whatever platforms present themselves. Sometimes you’ll see red buttons that will cause an explosion, opening a new way to go. Other times you’ll come across platforms with black bombs on them that when you land on them, will explode in a short time so you need to make quick decisions. 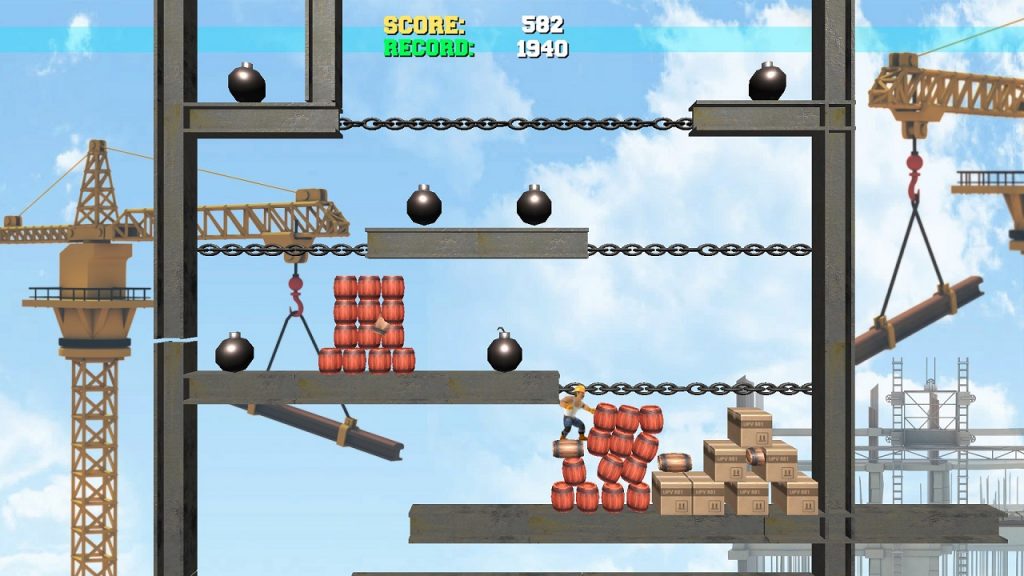 The thing that keeps you playing game after game is the drive to keep improving your record score. My highest score so far is 1940 which puts me 12th in the world, boom! It’s quite easy to earn most of the Steam achievements, but the last two unlock at 3000 points and 5000 points, so they’re my goals for the weekend! 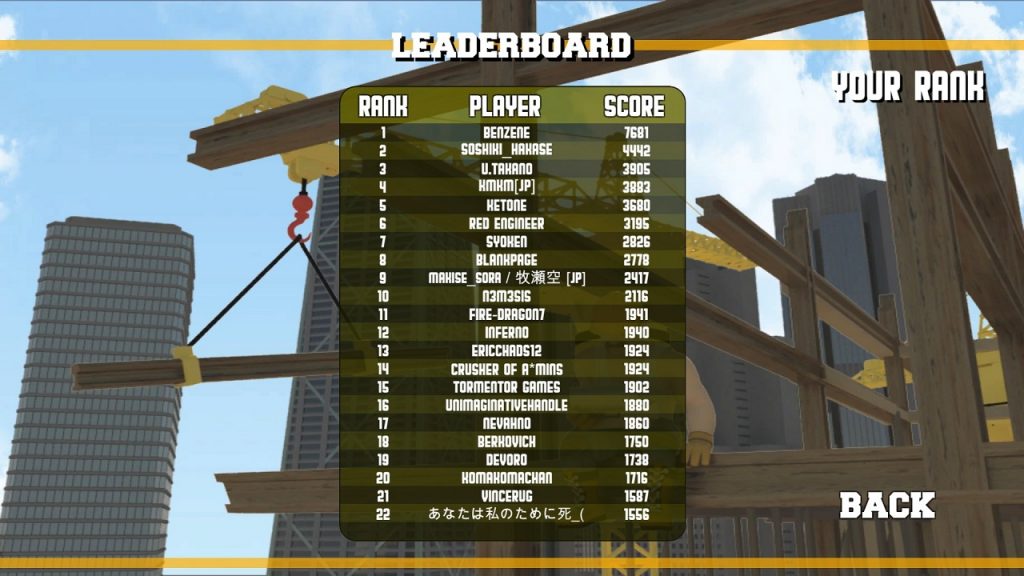 Overall, I gave the game a 7/10. The Sky Climber is a casual indie platform game that is fun to play and challenging enough without becoming frustrating. With 20 different variants of the level design, it keeps you on your toes as you try to climb for as long as possible. The drive to beat your record score as well as climbing the global leaderboard keeps you coming back for more.

This review utilised a game code provided by the publisher and was played on PC. The Sky Climber is available now via Steam for AUD2.95.