THESE ARE THE TOP 3 GAMING NEWS STORIES YOU NEED TO KNOW TODAY! MAKE SURE TO CHECK BACK EVERYDAY FOR YOUR DAILY PATCH!

The NES Mini Is Out-selling XBox and PS4.

It’s 2016 and for the ninety-ninth time that hour you’ve tried to buy a NES mini online only to be taken to an error page saying “oops… something went wrong” or for the page to not even load at all, fond memories if you got one, absolute horror if you didn’t. The NES Mini classic appeared out of nowhere to blow everyone’s nostalgia bone. I recall lining up at the entrance to Cockburn Shopping Centre (Perth) at 5:30am, trying to bribe the security guard to let me into the place only to end up at a giant barricaded door that was the entrance to Target, the staff peering through perspex windows at the horde of over 150 people all vying for one of the 14 consoles the store had managed to find. At 8am a senior staffer announced they were opening the door and we crawled under it as it rose, sprinting to a distant counter, pushing eachother to get there – I arrived 2nd and held my NES Mini aloft like I’d just won gold at the nerd-lympics!

Such was the thirst for this new piece of old tech that it comes as no surprise to me today that the U.S is reporting the NES Mini, announced for a re-release earlier this year, is currently enjoying a fabled renaissance. The console has rocketed to the top of the U.S sales charts for the month. Priced at just $60 (US) compared to the hundreds of dollars you have to fork out for its competitors, it’s not a stretch to understand it’s more than just the nostalgia that has people clamouring for it, however it’s still no measly feat.

With news also that Mario Tennis Aces was the top selling title for the same month and plenty for Nintendo fans to look forward to with endemic titles like Smash due out in December, it’s looking more and more like Nintendo is storming its way to the end of the year. 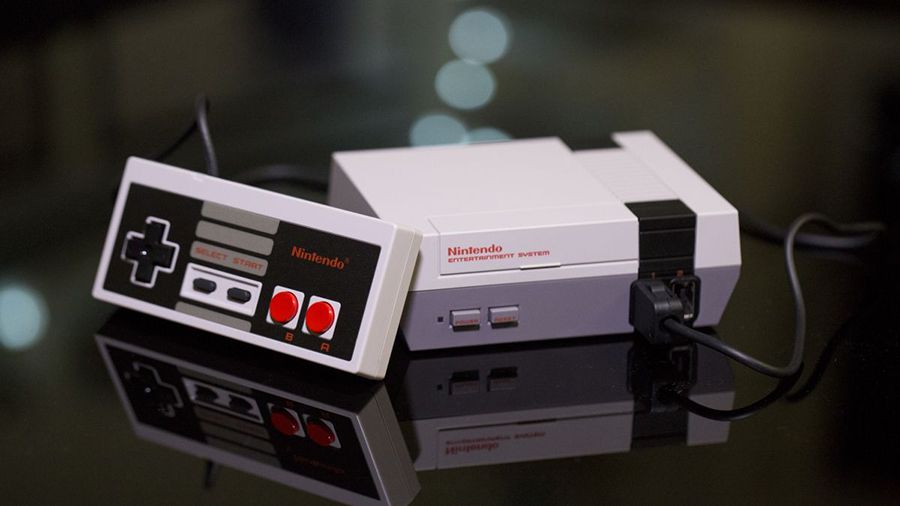 IF you own a Playstation 4…

If you do own a PS4 you’d probably know by now that if you want to play online you have to fork out for a Playstation Plus subscription, but today GTA V developer, Rockstar Games, is asking the question “why?” with the latest release of the After Hours update.

Between now and August 6 anyone with a PS4 and an internet connection can play GTA Online for free, regardless of whether you have a PS+ membership or not. It’s a smart idea, and falls into line with games like Overwatch that drop in free weekends every so often, which usually results in a spike of purchases of the title shortly after those free to play periods finish. It harkens back to the good old days of demo’s we used to get, and Playstation probably agreed to the idea because if you find yourself really enjoying tearing up San Andreas for free, there’s a good chance you’ll want to shell out some hard earned to keep doing it, meaning Sony gets a cut with a few more PS+ subscriptions.

As an avid fan of the GTA series, and having pumped too many hours into GTA Online in particular, if you have a PS4 take the opportunity to download the game and give it a bash while it’s free – just be prepared to fork out some coin on pay-day, you’ll want to.

Parents Are Paying For Fortnite Tutors For Their Kids.

As if Ninja wasn’t killing the pig already, now parents of wanna-be pro-twitch streamers are paying big name players like him to teach their kids how not to suck at Fornite!

I’m being facetious, this is actually pretty damn awesome news. Fortnite, the world’s most popular battle-royale game, is enjoyed by over 125 million players worldwide and with reports that big time players are earnings hundreds of thousands of dollars on twitch every month, it’s only natural to see savvy parents start to take a deeper interest in their child’s passion for the industry. It is a realistic career now after all.

Coaches are emerging on the scene for between $15 and $70 per hour, according to a report in the Wall Street Journal.

Fortnite can potentially be your ticket to success. 💰 Parents are spending from $10 USD to $50 USD per hour on Fortnite coaches so their kids can become better players. Video game developer Epic Games announced that a $100 Million eSports tournament prize pool is on the way, and according to the WSJ report, several parents that paid for private Fortnite lessons for their children, hope that their kids will turn their hobbies into lucrative e-sports careers or at least win some prize money. Tag a friend that needs a Fortnite coach. #hsnews 📸: @fortnite

In May this year Epic Games, the creators of Fortnite, announced they would be releasing 100 million dollars in prize money to fund various tournaments around the world. Now with that sort of coin on the table, if your children are starting to show signs that they’re a future Ninja, paying an average of $35 for someone to come in and teach them how to play the game like a pro could be a pretty good investment, and considering the Esports scene in Australia is gaining steam, it’s high time people started treating these opportunities as serious as sending their kids to their Saturday soccer game.