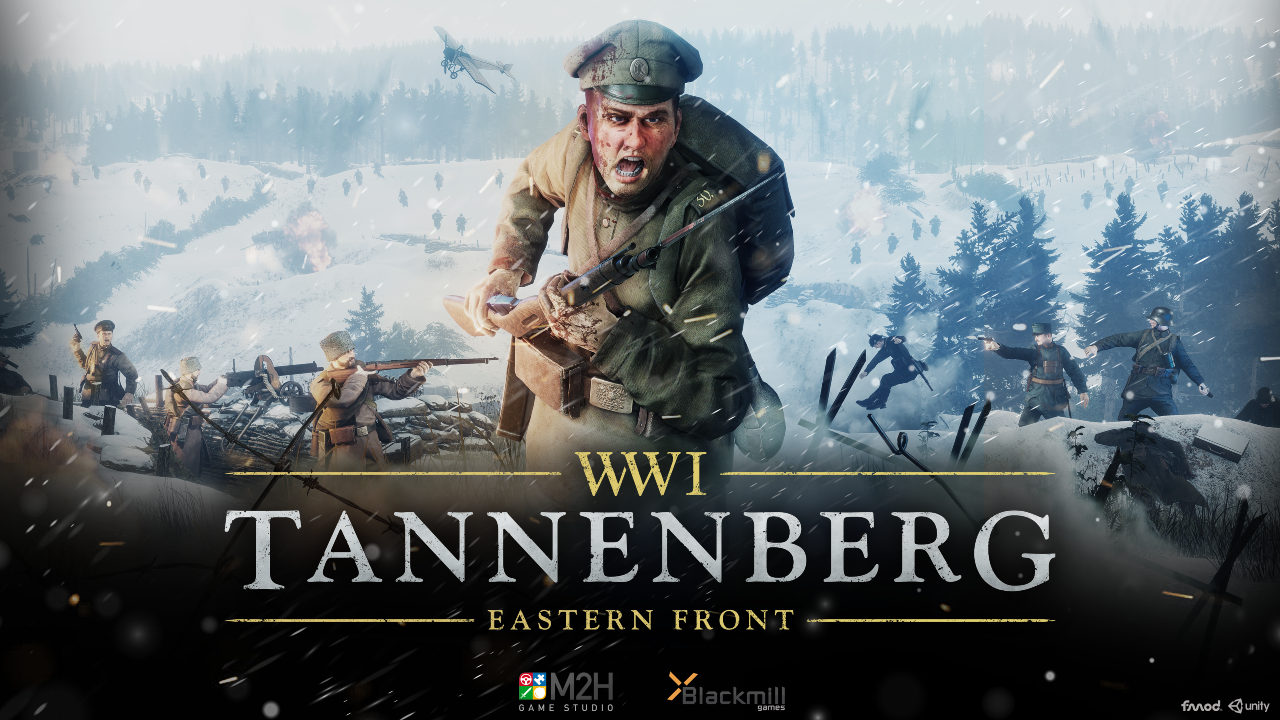 FOR something known as “The War To End All Wars”, we really don’t see much of World War I in video games.

For a few years in the late ‘90s/early 2000s there were some pretty good WWI flight sims (Red Baron II/Red Baron 3D is still a high-altitude mark in the genre) and we recently had the arcade but fun  Red Wings: Aces Of The Sky, but you don’t see much in the way of ground-based games.

Pretty much the only one of any note in recent years in EA’s Battlefield 1, which is easily my favourite Battlefield game but still takes a few historical liberties in the interests of gameplay.

But what if someone made a World War I game that was focussed on realism? A game that really gave you an idea what it was like to be in the trenches or on the Eastern Front, fighting with historically accurate weapons?

That someone is Blackmill Games and M2H Studios, and the game is a multi-part 1914-1918 WWI Game Series, which currently consists of two parts: Verdun and Tannenberg, both based on iconic WWI battles on the Western and Eastern Fronts respectively.

The second part of the game (Tannenberg) is out now on Xbox One and PS4, but has been on PC since last year. Given I somehow managed to miss it I was very pleased for this pretext to get into the trenches and give it a go – and it’s been a great experience for me.

This is quite easily the most detailed World War I FPS game I’ve played. Admittedly that’s from a pool of two games (Verdun/Tannenberg and Battlefield 1) but this game is extremely detailed no matter how you look at it.

The developers have paid almost obsessive details to things like, for example, how the Mosin-Nagant M1891 rifles used by the Russians have hexagonal actions and Tsarist crests stamped on them, as opposed to the round actions and Soviet stars found on post-Revolution rifles.

It’s a matter of public record that I’m a walking encyclopedia of firearms, but this sort of stuff matters to people like me and it shows a deep appreciation for the time period that comes across throughout the game.

Whereas Verdun is more about trench warfare on the Western Front (familiar to many of us from films such as 1917, the combat in Tannenberg is much more mobile (as was the real conflict).

According to the developers, “Players in Tannenberg are plunged into multiplayer first-person battles of up to 40 people on the Eastern Front of the First World War. Players can fight for the Tsar of Imperial Russia, Kaiser Wilhelm II of the German Empire, or for several smaller countries involved in the ‘war to end all wars’. The goal is to capture key sectors and drain the enemy’s victory points – but be careful not to get cut off from your HQ.”

There’s some similarities between this and Battlefield 1 because of how the multiplayer FPS formula works, but this is a slower game. There’s no man-portable machine-guns or quasi-steampunk assault rifles that only existed on a boffin’s drawing board – it’s all bolt-action rifles, revolvers, a handful of semi-auto handguns, grenades and shovels, with a special guest appearance by artillery strikes and poison gas shells.

There are seven squads with multiple roles and squad loadouts, and you get the chance to play as a range of combabtants including German infantry, Russian Cossacks, and soldiers from Romania, Bulgaria, Latvia and the Austro-Hungarian Empire.

The developers note that “Maps cover territories across the vast Eastern Front, from burnt out Polish villages and deep forests to Romanian mountain peaks and Latvian swamps” and players can “fight around wooden churches, armoured trains, and hastily built trench lines on Ukrainian plains” – all very different fare to the usual environments we see in FPS games.

Despite the meticulous attention to detail from the developers, there’s a few mis-steps. The audio for some of the firearms lacks the “oomph” of the real guns – a 7.62x54R round has a distinct report and kicks quite hard when fired, yet this doesn’t come across in the game. The reload animations are also painfully slow – WWI service rifles were designed to be reloaded quickly, not in the leisurely manner of someone pausing to casually top off the magazine in between strings at the range.

What is reflected is that most weapons are a one-hit kill and there is limited auto-healing, and while that might not appeal to the “mag-dump at your enemies and hide until the screen stops flashing red” crowd, it does reflect the reality that getting hit by 153gr of flying jacketed metal tends to end one’s objective-claiming ambitions in a hurry.

While this is a multiplayer squad-based game, the empty slots are filled with bots and there’s plenty of enjoyment to be had fighting them as well – they’re surprisingly competent and accurately reflect the feeling of being on the business end of a bayonet charge as they come out of the smoke towards your position.

The menu controls are a bit clunky – I had to resort to some forum-surfing to find out how to change loadouts – but once you get the hang of it, the slower pace than most contemporary FPS games is really appealing, especially for those of us whose blood hasn’t largely been replaced by energy drinks.

The developers are doing a series of games in the 1914-1918 timeframe, and while the next one hasn’t officially been announced the Italian theatre of the war is reportedly popular with players – although personally I’d love to see something dealing with Gallipoli, Palestine and the Arab Revolt too.

At any rate, if you’re looking for a different, more immersive FPS experience, I highly recommend both Verdun and Tannenberg – and am really looking forward to seeing what the next game in the series will be, too.