Transmogs Are Coming To Destiny 2

FASHION comes and goes, especially in Destiny. Armour sets only stay around for a limited time as they become irrelevant  and weak. Which is really unfortunate as there are so many cool looking sets out there. But as more powerful sets come, the older ones have to be sacrificed. Or at least until its Light Level is maxed out. However, as of Season 14 for Destiny 2 that’s all going to change.

Assistant Game Director for Destiny 2, Joe Blackburn, announced in a blog post on Bungie.net earlier today that armour transmogs are coming. However they won’t be known as transmogs, instead being called “Armour Synthesis” and will be done through Ada-1 at the Tower. In true Destiny fashion – no pun intended – the process won’t so straight forward. In the blog post, Joe explains what players will have to do to before looking their best.

“Every season Ada will offer players a set of bounties that highlight various activity types. Players can complete these quests and receive the materials they need to power up Ada’s Loom, which can turn any piece of armor in your collection into a permanent universal ornament. Players short on time will also be able to purchase Synthesis tokens for Silver.“

Implementing the new Armour Synthesis also means big changes for shaders too. For the first time since the launch of Destiny 2, shaders will be going back to permanent unlocks. 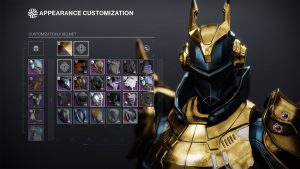