TURTLE Beach have done a very good job of establishing themselves as a manufacturer of quality yet affordable headsets and peripherals, but have decided to push the envelope a bit further with a higher-priced offering aimed at the multi-system gamer.

The Turtle Beach Stealth 700 Gen 2 Max wireless headset is designed to work with both Xbox, PlayStation, Switch and PC, and it continues the brand’s hallmarks of being well-made and reliable, but is considerably more expensive (with an AUD$319.99 RRP) than most of the other headsets in their range.

The Stealth 700 Gen 2 are a wireless headset that needs a USB dongle to connect to the device – unlike some of the other Xbox headsets in the range, which connect via a wireless connection –

I will be honest: I really don’t like wireless dongles designed to be switched between devices a great deal. They’re yet another thing to get lost, and there’s more than one old review headset languishing in a box somewhere because someone misplaced the dongle and now it’s useless.

The Stealth 700 Gen 2 avoids this to a large extent by also having Bluetooth connectivity – which means it’ll work with your tablet, phone and laptop without the dongle – but if you lose it, you can’t connect to your Xbox or PlayStation anymore.

Build quality is very good, however. There’s a good sized copper-coloured metal band in the headband, the earcups have a thick foam covering, and the plastic feels reassuringly sturdy too.

The sound quality is very good – not right up there at the premium end of the scale, but noticeably above average, with clear sound and good bass. Adjusting the settings needs to be done via an app on your phone (Oh good, yet another use-once app for your phone) if you want to tweak things a bit. 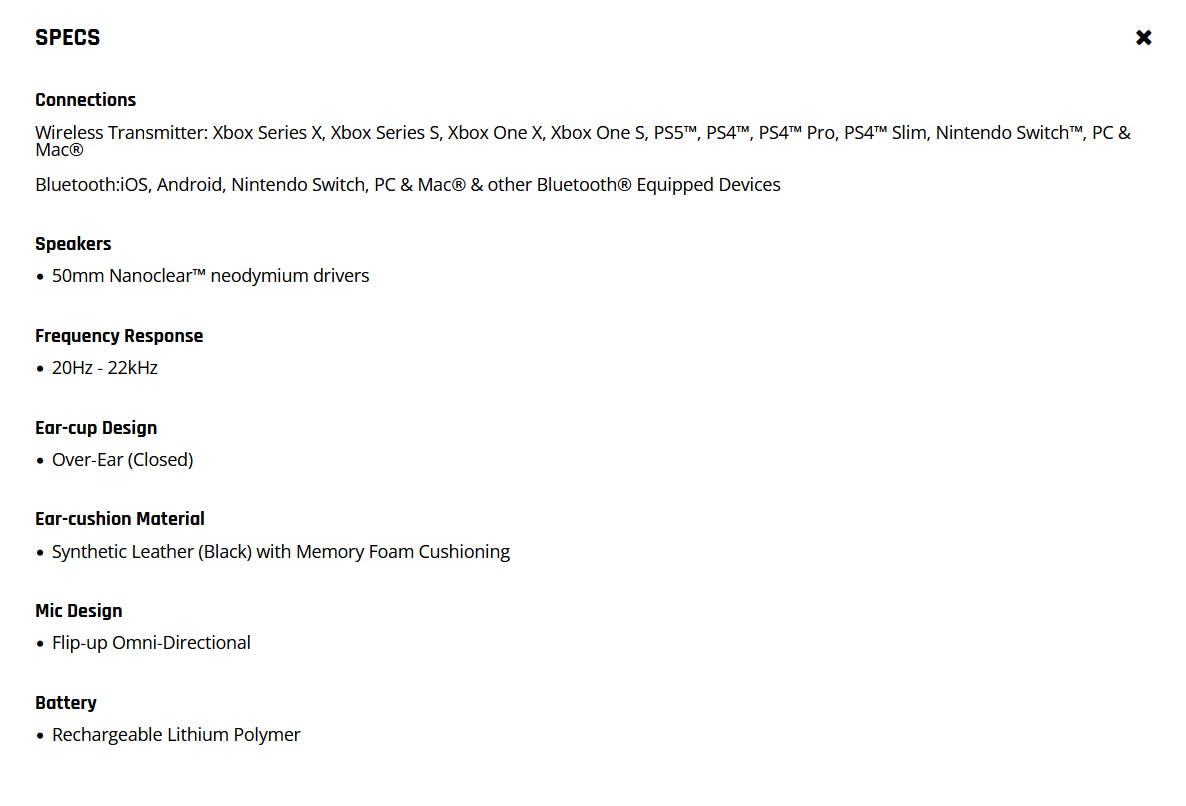 While the sound quality is good, this was offset for me by the fact I didn’t find the headset comfortable to wear for long periods of time. I found the clamping force too strong and the fit just wasn’t quite right for me; I was never totally comfortable wearing them and was always very aware I had a large set of headphones on.

The passive noise cancelling from the earcups worked quite well, but personally I’d rather have a less tight fit. There’s a flip-to-mute mic on the left-hand side earcup and it works just as you’d expect; there were no problems with it.

The wireless connection was lag free and without connection issues, and connecting to stuff via Bluetooth was straightforward and worked just as you’d expect.

Being wireless, battery life is something to keep in mind and the Stealth 700 Gen 2 does very well, with a 40 hour battery life recharged via USB-C connection. The battery life was reflected in my testing across various devices and platforms – it was nice not to be worried about the battery going flat when I was in the middle of a game.

Probably the biggest issue I have with the headset is that it doesn’t really make itself stand out from other offerings, including those from Turtle Beach itself, which is an issue not only from a general market presence sense, but also from a price perspective.

It’s currently selling for about AUD$320 and I just don’t see that sort of value in the headset. It’s not a bad headset, but $320 is well into Epos or Sony InZone territory and this doesn’t have the same draw.

Another small gripe is that it didn’t automatically mute the TV sound on the Xbox, meaning everyone in the room could still hear the game audio – which sort of defeats the purpose of wearing a headset in the first place.

It’s unlikely to absolutely blow you away, but as a wireless headset it absolutely does what it sets out to do, has a usefully long battery life, is well made, and offers plenty of flexibility for multi-platform use too.

If you’re a multi-device user looking for a single headset that’ll cover you no matter what you’re gaming on, the Turtle Beach Stealth 700 Gen 2 Max certainly fits the bill.