FOLLOWING in the footsteps of Youtube, Funimation and Hulu (which is unfortunately unavailable for Aussies) an official Twitch app has launched on Nintendo Switch. The app works very much like the Twitch.tv website and it’s other apps available on smart phones and Playstation/Xbox consoles. But unlike the Twitch service for Playstation and Xbox, streaming directly from the handheld device is unfortunately unavailable. 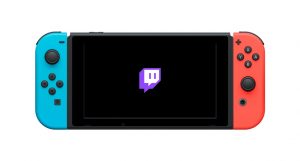 You’ll be able to sign in and watch your favourite streamers online, view VOD’s and clipped highlights anywhere you are with an active internet connection. Interacting in chat however is surprisingly unavailable directly from the app itself. Instead, a smart phone is required to talk in chat which can be connected to a stream via a QR code.

But this isn’t the only update news to come from Twitch HQ. The iOS version of the Twitch app is rolling out an update today that allows Twitch viewers on iOS devices the ability to purchase reoccurring subscriptions. And due to being on the mobile platform, subscriptions via the iOS app were usually $9.99 AUD/month. But as of today, the pricing has changed to $8.99 AUD/month once the app is updated.

Sub Tokens, which are used to purchase stream subscriptions, will also be completely phased out in the New Year. From January 10, 2022, unused Tokens will be refunded to customers by Apple.