SELECT Final Fantasy XIV Online streamers from around the world have been chosen to participate in a rewarding new collaboration between Twitch and the popular MMO. Twitch personalities such as Mizzteq, Mr Happy, and even Australia’s own Haughtychicken, Kidkerrigan and GalaxyAUS are among those participating in the campaign which runs until August 24. 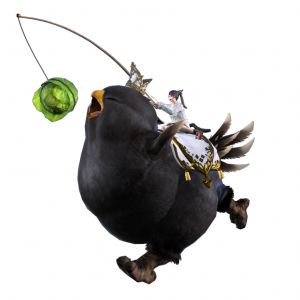 Watching any of these streamers while they broadcast Final Fantasy XIV Online during the campaign will give you the chance to be rewarded with in-game items. All you have to do is gift subcriptions to other viewers, but only when they’re streaming Final Fantasy XIV Online. Paying it forward to one viewer will reward you with 100 Deluxe Heavenscracker’s while gifting four subs will earn you the Fat Black Chocobo mount whistle.

After gifting one or four subs, viewers can then find their codes in their Twitch inbox which can be redeemed via the Final Fantasy XIV: Mog Station. However, only fully-subscribed players will be able to redeem said items as they’re unavailable to those only playing the Trial Version.