Two Point Campus is a fun, amusing take on managing a university - but some unclear course material keeps it from earning a High Distinction.

UNIVERSITY is a formative time in a lot of people’s lives and perfect material for a video game about running one – and doubly so if it’s not taking itself seriously.

Two Point Campus, developed by Two Point Studios and published by Sega for PC, Xbox, PlayStation and Nintendo Switch is the successor to Two Point Hospital and shifts the gameplay from the healthcare sector to education.

The basic principle will be familiar to anyone who’s played similar “base-building” games like Two Point Hospital or Evil Genius 2 – you’ve got a certain area to build in and need to construct purpose-suitable rooms, hire staff, keep everyone in the facility happy, and make enough money from the enterprise to keep the lights on.

One of your first clues this isn’t actually a serious business simulation are the surprising range of somewhat silly courses you can teach at your university, including “Scientography”, “Musicality” and “Virtual Normality” –

Also unsurprisingly, there’s “Wizardry” and “Dark Arts” course options as well, which will obviously appeal to the Harry Potter crowd but is also a nice complement to “Knight School” (which features actual knights and jousting etc).

Sports are present too, in the form of the delightfully ridiculous “Cheeseball” – a fictitious team sport which involves players dressing up as mice and throwing wheels of cheese into a shredder goal, while the goalie attempts to stop them with a cheese-grater bat. It’s a great way to handle the “university sports” aspect for an international market and fits perfectly with the slightly silly nature of Two Point Campus as well.

There are different kinds of student on campus, conforming to humorous stereotypes such as goths, rockabillies, toffs, and so on – but it’s mainly visual and doesn’t change gameplay much. There are certain “themed” items that particular subgroups like (for example, the goths like coffin bookcases and raven lamps) but for the most part these also are generally aesthetic or decorative (ie so you can have an “archaeology”-themed section of the campus).

There are also student clubs to establish (such as one which encourages reading, another for power napping, and another that’s clearly a cult but also pays you for each member you sign up), parties to organise, and if you really want to get micromanagey, you can even set the schedule of individual lectures and workshops too – not to mention social events and sports matches.

The actual controls worked well – despite the potential for the UI to get cluttered, I didn’t have any issues navigating menus, switching between build modes, or being able to place items wherever I needed them.

The voice acting deserves a nod too – I found the DJs on the radio stations to be very amusing and well done.

While I enjoyed the game, a lot of the mechanics just seemed pointless. What’s the benefit to students levelling up their relationships with each other? The game doesn’t really explain, and from a macro perspective it doesn’t matter as long as the money keeps coming in so you can keep expanding the campus. Why do I need to keep expanding the number of lecture theatres and course rooms all the time? What do some of the things the students want me to unlock and install actually do in a practical sense? Why would I want to upgrade the individual courses, since all it does is require me to build expensive duplicate facilities? 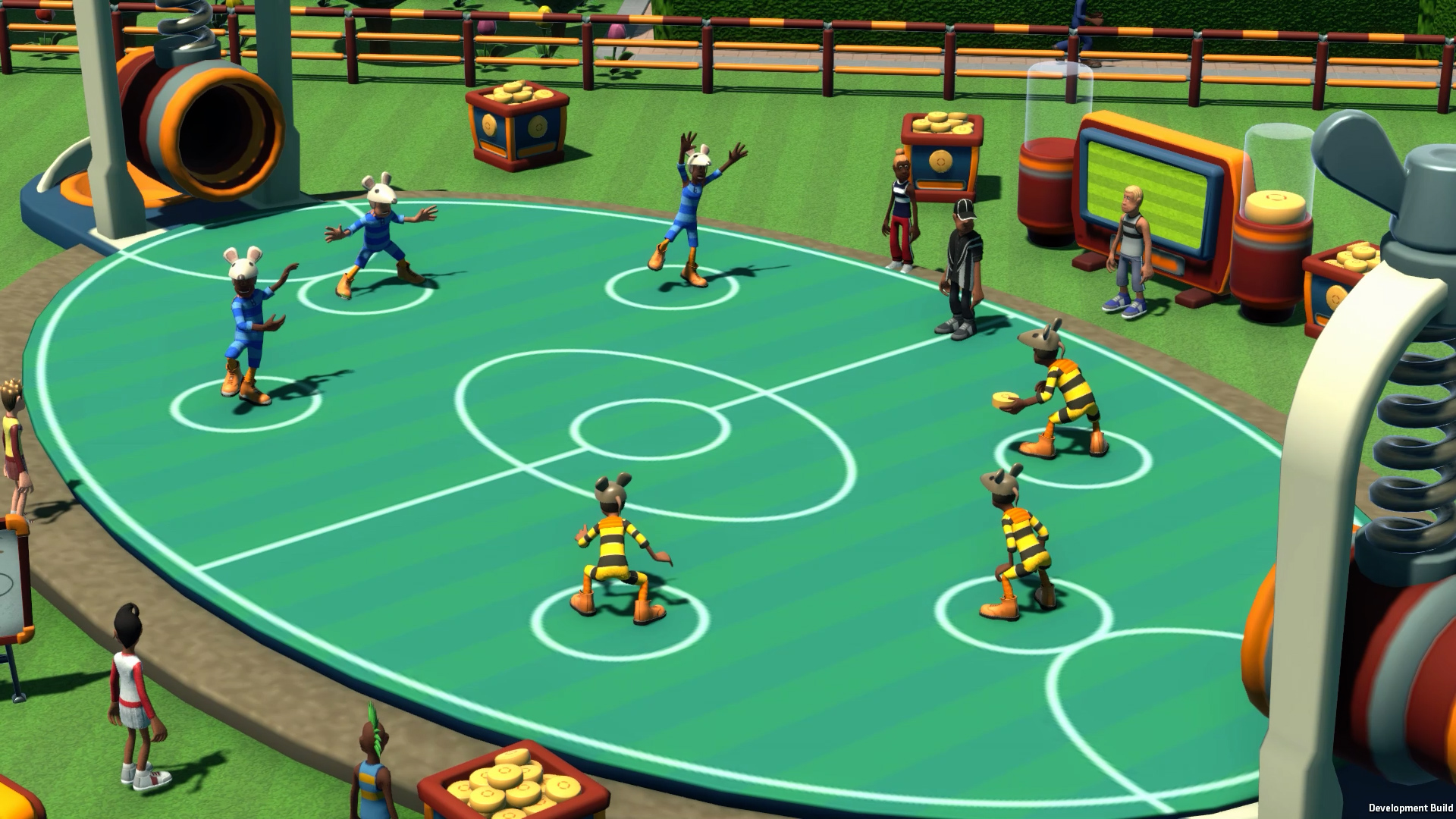 It’s not really explained and ultimately I found myself going “OK fine, whatever, have yet another computer lab” because that’s what I had to do to meet the requirements for completing the level.

The humorous announcements over the PA in-game were great at first (“Students are reminded that I’m not your mum”) but soon became repetitive and lacklustre; some more variety really would have helped here.

There’s also the issue which many base-builders suffer from, in that it does start to get repetitive after a while. Focussing on different courses certainly helps stave this off, but I found after about  20 hours or so the novelty was gone and I was pretty much playing on autopilot so I could meet the requirements to progress to the next campus.

Despite its flaws, Two Point Campus is a lot of fun, however. It really is an inspired choice for a video game concept, and the developers have done a great job keeping things fun and light-hearted and there’s plenty of min-treats for people paying attention to find and get a smile from. Personally, I loved how some of the partying students performed a move from the music video for the Utah Saints’ dance banger Something Good ‘08.

It’s still fun, quirky, non-violent, and also not particularly difficult – even on the levels which require some marginally more creative financing methods, it was still easy to be rolling in more cash than I knew what to do with in fairly short order.

If you liked Two Point Hospital, Evil Genius 2 or War For The Overworld (or similar games), you’ll enjoy this – just don’t expect to become a permanent student here. This is a worthy sequel and follow-up to Two Point Hospital, but it hasn’t earned itself a High Distinction.