The Elder Scrolls Online (ESO) is getting bigger and better with 11 million players currently in the world of Tamriel, including over 1 million joining the game in the last year alone. DLC/Chapters are released on a quarterly basis by Zenimax Online. With Summerset being the most recent chapter addition, there will be two DLC packs released for the remainder of 2018.

At the Bethesda presentation at E3 in Los Angeles, Matt Firor, Game Director of Elder Scrolls Online, announced the titles of the two DLC – Wolfhunter and Murkmire, and gave us some details of these DLC.

Wolfhunter will be released first and will bring two new and challenging group dungeons: Moon Hunter Keep and March of Sacrifices. These two dungeons are themed around Tamriel’s werewolves, and players will be able to dive into all-new stories surrounding those afflicted with the lycanthropic curse, and perhaps come face-to-face with the Daedric Prince Hircine himself. 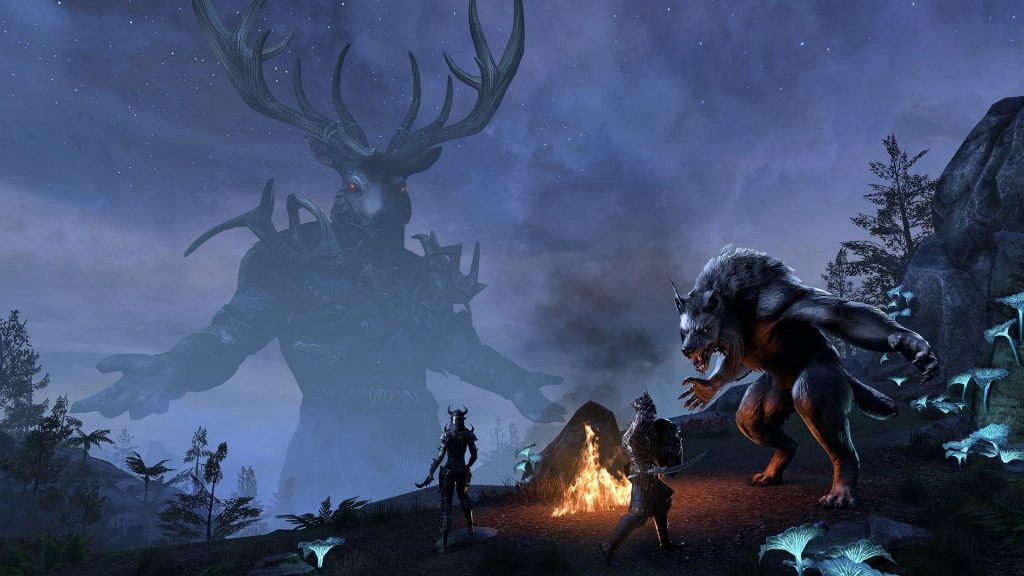 Lycanthropy is a supernatural condition that causes a person to transform into a were-creature: an unnatural crossing between a beast and their original species. Daedric Prince Hircine created the various therianthropic diseases which transform mortals into beasts, and is therefore the guardian of were-creatures. The new dungeons will feature two very different environments, and they will challenge players with hordes of monstrous defenders and tricky boss encounters. As is customary with dungeon runs, there will be powerful new item sets, monster masks, and other unique rewards for those complete these dungeons.

Coming later this year, Murkmire is ESO’s next zone and story content expansion and will take players into the home of the Argonians. Argonians are the reptilian natives of Black Marsh, a vast swampland province in southeastern Tamriel. There, players will win the trust of reclusive tribes, delve deep into crumbling xanmeer ruins, and hack their way through the savage wilds of Black Marsh to discover one of the Hist’s greatest secrets. 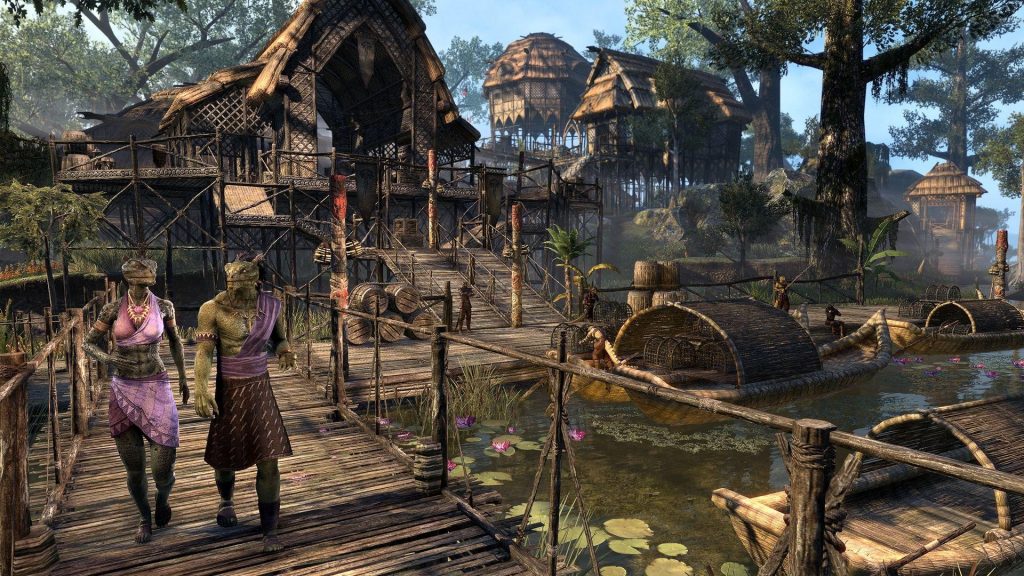 Similar to previous DLC zones, Murkmire will feature a brand new area to explore, an exciting story line, new World Bosses and Delves (mini dungeons), and a brand new group arena (with its own leaderboard).

Game on Australia has a guild within ESO and anyone is welcome to join. Simply send ‘Maximus Orelias’ a message in-game for an invite or find me on Facebook, and join us as we work through existing content such as Imperial City, Orsinium, Morrowind and the new Summerset content.

There were a heap of community guides linked on the ESO website recently and even I’ve found some of them extremely helpful. You can find them here.