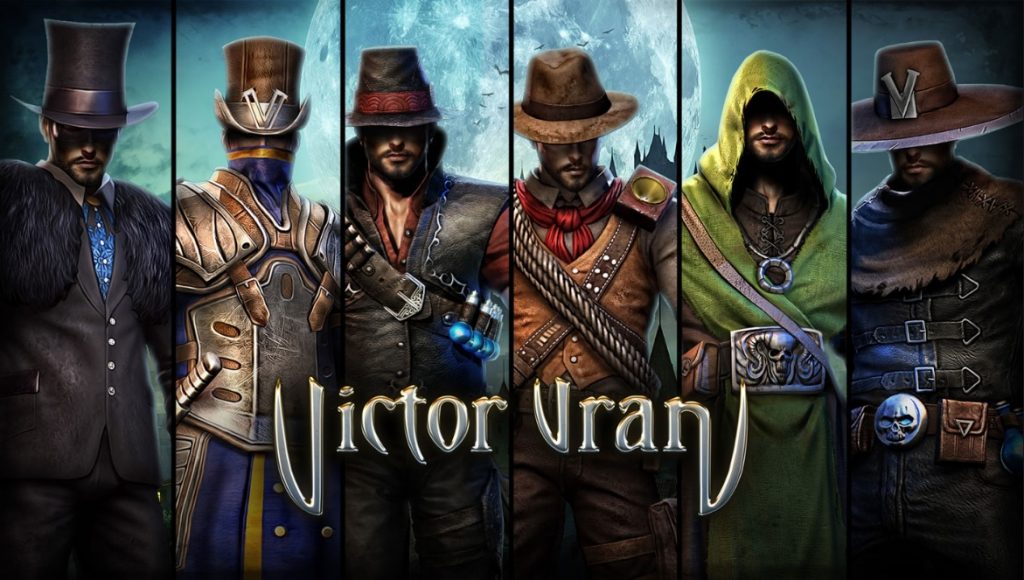 “Where Victor Vran shines amongst other action RPGs is its heavy character customisation and addictive map challenges.”

Victor Vran is an action RPG developed by Haemimont Games and the Steam version was published by EuroVideo Medien in 2015 for PC. An updated version of the game, titled Victor Vran: Overkill Edition, was released on Xbox One and Playstation 4 at the end of May 2017 which included the Motorhead: Through the Ages and Fractured World expansions. Just recently announced, Victor Vran will grace the screens of the Nintendo Switch on August 28, 2018!

Victor Vran is very similar to games like Diablo, Torchlight and The Incredible Adventures of Van Helsing. Demons and darkness has taken over the city of Zagoravia, and one of your very few friends, a fellow hunter named Adrian, has requested your assistance. Many demon hunters have entered Zagoravia but none have returned, and Adrian is missing. You must find your friend and lift the curse that has befallen the city.

The music and visuals really settle you into the dark Victorian-themed architecture, and the landscapes of the level designs contrasting lush open farmyards with dark caves and dungeons. As you start playing the game you hear a voice in your head, taunting you with sarcastic remarks as you go along. At first, the Voice is helpful, teaching you the mechanics of the game in a very slapstick way. Later he adds some great humour which breaks up the levelling grind through some of the areas that start to look and feel a bit repetitive.

I was glad to have the help because the controls were different to most arpgs of the time. On PC you use the WSAD keys to move and the mouse controls the camera and attacks. This threw me off initially, however the Voice guided me through the different mechanics such as jumping over obstacles, dodging attacks, jumping up walls to get to treasure, and how to use my weapon skills. The jumping elements reminded me of playing the old Prince of Persia Sands of Time.

The other element that grabbed my attention early in the game are the character’s voice actors. If you have played the Witcher series of games, you will instantly recognise that Victor Vran’s voice is the same as Geralt of Rivia, played by veteran voice actor Doug Cockle. Other notable voice actors are Andrew Wincott who plays the Voice in the English version of the game (also has roles in Sacred 3 and Risen 3), as well as Elena Saurel voicing Irene (also has roles in The Crew and Horizon Zero Dawn).

The game plays like most other arpgs, however for me what stood out is the character customisation as well as the map challenges and public map bounties. There are no set character classes, rather your character starts with the option of three types of outfits which are the base for your character – the Hunter (dps), The Cavalier (rogue) and the Vigilante (mage) and there are many more to unlock later in the game and in the expansions. Couple these with regular weapons that each have unique skills to use, the real customisation comes from demon powers and destiny cards. I often had to try different combinations of items and cards on difficult champion monsters and bosses throughout the game which kept each zone unique and challenging in their own way.

Each zone map has its own set of unique challenges to complete with challenges such as “Defeat X enemies with a Hammer” or “Kill Y type of enemy with a ranged attack”. This really played to my completion OCD nature and I just had to keep going back to try completing all areas with the 5 gold stars and finding all the secrets. You can also activate hexes which adds varying levels of difficulty to the maps, such as draining your health constantly, or monsters gaining extra armour and health regeneration. Completing maps with these hexes gives an additional 10% experience points and 5% more items per hex activated.

With this level of interactivity in each area, it almost gave me too much to do, to the point where I would spend hours trying to perfect-score each map and completely forget about the main storyline. Then after activating several player-linked bounties, which each added champion bosses to random maps, it then made some areas too hard to conquer with my current skills, blocking progression of the story. There are plenty of areas to quick-travel back to, so I levelled up some more and then was able to complete the bounties and continue the story quest.

The game also has multiplayer in the form of online play either with random strangers or co-op with friends. I played a lot of co-op with Justin “Juzzza” Bozanich and this really extended our enjoyment of the game. If your game is set to online mode, you will join an online lobby where you can talk in public chat and share map bounties that you find. This was a cool addition to the game and I really needed Juzzza’s help with some of the more difficult bounties.

Overall, I gave Victor Vran a 8/10. Where Victor Vran shines amongst other action RPGs is its heavy character customisation and addictive map challenges. The ability to play co-op online also really extended my enjoyment of the game. This review utilised the PC version of the base game with 18 hours of gameplay. Victor Vran is rated M with Fantasy Violence and Online Interactivity and can be bought through Steam for US$19.99 or on Xbox One and Playstation 4.

Recently announced, Victor Vran releases on the Nintendo Switch on August 28! I think Victor Vran is perfectly suited to the Switch and I look forward to seeing what Switch players think of it.