“If you’re a fan of RTS games like Starcraft and Warcraft, definitely add Warparty to your watch list for 2019!”

Warparty is a real-time strategy game (RTS) developed and published by Warcrave and Crazy Monkey Studios. As a long-time fan of the RTS games, I thought I should define what RTS stands for because it’s been ages since a decent game has graced the genre. I’m happy to say that Warparty has potential to revitalise the genre for me. It has just been released via Steam as an Early Access title as of October 13, 2018, so features are currently limited to a tutorial and singleplayer AI skirmishes and online multiplayer with leaderboards where you can play PvP or co-op against AI. However, don’t let this sway you as there is some great fun to be had already.

Set in the stone-age, you will build your base, recruit and control a group of soldiers and manage resources such as food and crystals to build your epic army. Through the lands you will fight and tame fierce dinosaurs and have full control over the flow of combat. Think back to the days of Starcraft and Warcraft, and you will be right at home playing Warparty. Your base is where you construct workers and upgrade your settlement. Your workers can harvest food crops, crystal formations and if you build farms they will sow the ground for food. You will need to build storage buildings, and these can be placed right next to the resource nodes. From there you can build a barracks to build units native to the two playable races released so far – Wildlanders and Necromas. There are a mix of melee and ranged units, as well as units that can sit at the rear of the group healing your troops, and various upgrades are available through additional advanced buildings.

There are also power nodes that you need to fight for control which generate power points and these are used for powerful abilities such as healing a group of units, bolstering their armour, casting a meteor shower or poisoning units. You, as the chief of your settlement, can also level up and at each new level, a choice between two talents will popup at the top of the screen. One example to choose from with the Wildlanders is either to boost the damage of your units or to gain a +2 heal over time for all units. These choices will diversify the higher you level up your settlement.

There is also a very useful wiki built into the game that explains each faction’s unique chief talent options, buildings, units and upgrades which has come in handy for me as it was a struggle to learn as I played while defending my base. Now I know what to work towards I will dominate the enemy faster next time!

The developers have released a development roadmap on the game’s Steam store page and will update this as they progress the game. I am going to be watching this game closely as it’s a heap of fun to play already and I cannot wait for them to add a full singleplayer campaign, a third faction, new game modes and more. Despite being in Early Access, the game runs super smooth even with lots of units fighting on the screen and the music and sounds are really well done.

Warparty is available now in Early Access through Steam for US$17.99 and is on special for US$16.19 until October 20, 2018. The developers target release date is early 2019, so if you’re a fan of RTS games, definitely add this to your watch list! 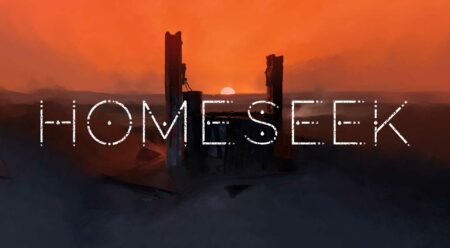 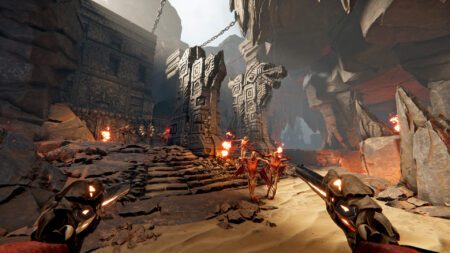 GAME of the year discussions can get heated. As the Game on Aus team met to discuss our picks from…