What is Going on in Kingdom Hearts IV?

This article contains spoilers for the Kingdom Hearts franchise.

AT the recent Kingdom Hearts 20th Anniversary event, we got our first look into the future of the franchise: a new title simply named Kingdom Hearts IV. Instantly, newcomers and fans have had a lot of questions.

Kingdom Hearts is a series known for its complex and self-indulgent lore. Judging from the trailer alone, I can safely say that Kingdom Hearts IV will be no different. Every game in the series contains an important part of the overarching story. So, in theory, to understand anything at all – you have to have played every single game in the franchise.

This includes mobile games and limited time promotions, too. There’s a Kingdom Hearts Tamagotchi coming out soon, and I’d bet money on it having lore in it as well. Kingdom Hearts IV may be the beginning of a new chapter for the series – but it picks up where Kingdom Hearts III left off.

So, you’re going to have to play about 13 games and maybe watch some lore summaries and figure that stuff out.

Not everybody has enough time to play that many games. Even if you did, a lot of them aren’t really that great. I don’t imagine anybody wants to do a university course on Kingdom Hearts lore through YouTube, either. So instead, I’m going to present a heavily abridged version of the full story that can hopefully provide any newcomers a way to understand the absolute basics of Kingdom Hearts storytelling.

The Kingdom Hearts saga actually starts out simple with Kingdom Hearts I. Sora, Riku and Kairi are best friends who live on Destiny Islands together. They basically just sit around all day and do whatever they want. Eventually though, they get bored and build a raft together so they can leave the island and explore the world. It’s all pretty wholesome and fun.

Suddenly, the island is attacked – and the three are separated across the Kingdom Hearts universe. Sora ends up in a place called Traverse Town, where he meets a bunch of Final Fantasy characters – as well as his new friends, Goofy and Donald. They set out to find their friends. Sora wants to find Kairi and Riku, and Goofy and Donald want to find Mickey Mouse, who has gone missing.

Riku has become a bad guy, influenced by various Disney villains to turn on Sora. Kairi, on the other hand, has been locked away inside Sora’s heart – having lost her “heart” (which in this instance essentially refers to a soul). Sora realizes this and stabs himself with a keyblade. This frees Kairi and brings her soul back. This is really important for later!

However, it is too late for Riku. He is possessed by Ansem, the big bad of the game – and the one responsible for attacking their island. Sora, Donald and Goofy fight Ansem, and they win. Briefly, Sora, Riku and Kairi are together. Donald and Goofy even find Mickey!  However, they are separated once again and the game ends.

Pretty simple, right? Friends get split up by dark forces, fight said dark forces, and then meet up with each other again, only to be separated once more. It’s important to understand this because this is the emotional bedrock of all of Kingdom Hearts. It’s a story about people being split up and finding each other. Sora, Riku and Kairi were able to find one another again despite the insurmountable odds. Seeing them reunite is satisfying and powerful.

This theme continues in Kingdom Hearts II. Sora, Riku and Kairi are lost again. Sora has been put into a seemingly endless sleep. Riku is nowhere to be found. Kairi is back on Destiny Islands, with seemingly no memories left of Sora or who he is. All she remembers is that she misses him. Yet again, they have been split up by dark forces.

This time, the game opens on a new mysterious character – Roxas. Roxas is a boy the same age as Sora, who also seems to be able to wield keyblades. Strange things keep happening to him, and he just doesn’t know why. Our time playing as Roxas suddenly ends upon the realization that Roxas isn’t a real person. He is a Nobody. Roxas is basically a husk of an original person. In this instance, that original person is Sora. Even worse, Roxas has lost his memories as well.

It is through Sora’s endless sleep that Roxas has been created. When Sora stabbed himself to free Kairi, Roxas was created. Roxas realizes, briefly before rejoining with Sora once more, that everything he has experienced – summer vacation, his school friends, all of it – was fake. It was just a ploy to keep him entrapped, so that Sora could reawaken again. His old memories of friends he used to know flood back. He remembers a girl named Xion and a boy named Axel, who he used to know. Both of them were forced away from him for this simulation. As he remembers, he becomes one with Sora, upset and angered.

To very, very strongly abridge the plot of Kingdom Hearts II – Sora, Donald and Goofy go on an adventure to find Riku and King Mickey, who went missing alongside him. They succeed, and find themselves confronted by Organization XIII, the real big bad. As they go to fight them, Sora, Riku and Kairi reunite once more.

However, Roxas stays silent inside Sora. He is still conscious, and desperately wants to have control of his life again.  Towards the end of the game, Roxas fights Sora inside his own mind, trying to reclaim control – but he loses. Before the game’s final confrontation, Roxas finally reveals himself: he tells Sora that they are one and the same.

At first, Sora is confused – but he quickly understands. Roxas says that all he ever wanted was to meet Sora. Sora agrees. The two share a brief moment as friends, and then return to each other to become whole. Sora and Riku go to fight the big bad again, they win, and return to Destiny Islands with Kairi.

Nobody Is Ever Really Lost: Kingdom Hearts III and IV

A more devoted Kingdom Hearts fan would be quick to point at my description here and talk about how little it covers. They would be right – Kingdom Hearts has a near infinite amount of detail in it, and I am glossing over a lot of things. My point, though, is that Kingdom Hearts is about something universally understandable to everybody. The feeling of losing someone close to you, and then trying to find them again. Sometimes that can be a friend, sometimes that can be a lover – and sometimes, it can even be yourself.

Sora and Riku have lost each other a thousand times, but they always find each other. Roxas was forced away from his old life, and his true self, but he is able to find Sora and become whole again. In the world of Kingdom Hearts, nobody is ever really lost. Emotionally, that is a powerful message. That understanding is what is necessary to understanding and enjoying the plot of Kingdom Hearts – not 13 games of lore.

In Kingdom Hearts III, almost every major character comes back. Sora, Riku and Kairi are together. Roxas, Axel and Xion are finally together again. Even Goofy and Donald have found Mickey. They are all reunited and yet, they lose against the big bad in a final confrontation. However, Sora is able to revive them – and beat Organisation XIII once and for all.

In doing so, Sora gives his own life. He passes on, promising to his friends that he will one day return.

Yet again, Sora has been separated from his closest friends. They are looking for him, and now Sora is trying to return back to them. In the trailer for Kingdom Hearts IV, the new mysterious girl Strelitzia (who, in extended lore, has been dead for hundreds of years) informs Sora that he is in Quadratum – some kind of after-life.

So, what IS going on in Kingdom Hearts IV? Well, we’re back where we started. Sora has been separated from his friends once more, this time by death itself. Yet, they are determined to find him, and reunite. Our new saga of Kingdom Hearts starts the same way as the last one: Sora is all alone; in a place he doesn’t understand.

I’m sure they’ll find a way back to each other. They always seem to! 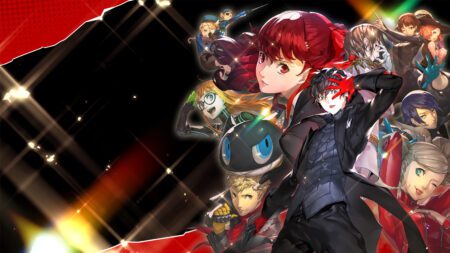 Persona 5 Royal – Is it Worth Buying Again?

https://youtu.be/gGXpOFD0SDs PERSONA 5 Royal – a game that is part of the much-loved series of turn-based JRPGs, Shin Megami Tensei:…