Why Until Dawn Has Me Excited For The Quarry

When Until Dawn launched in 2015, I loved watching my favourite Youtubers panic as they frantically tried to keep the incredible cast of characters alive. Almost six years later, I have now dabbled in my fair share of horror titles such as Resident Evil and Dead by Daylight, which have gone on to become some of my favourite games.

After getting a taste of Supermassive Games’ horror anthology ‘The Dark Pictures’ over the last couple of years, I decided it would be fitting to finally play Until Dawn – especially as its spiritual successor The Quarry is set to release next Friday. So if you have been wanting to get into horror genre games and don’t know where to start, here’s a few reasons why Until Dawn should be high on your list.

When it comes to creating an interactive game like Until Dawn, I truly believe its narrative’s connection to typical horror movie tropes work really well. The collection of characters are made up of the usual horror movie archetypes, like Matt being the typical jock and Sam exuding massive ‘Final Girl’ energy.

While people might call this cheesy, I think this personally works as a player of the game. Because of these character types, you can get into the narrative quicker and with some understanding of how the characters will behave. In saying this, there were some really great character developments in the game I was not prepared for, and it was because of the decisions I had made for them that influenced their behaviours. Being responsible for the development of these seemingly ‘predictable’ characters created higher stakes for the game that I wasn’t expecting.

I’m really excited to see how much The Quarry will also be influenced by some recent horror films of the past few years. They have already started to introduce their characters on their social media whom embody those horror archetypes, but I’m looking forward to seeing these characters’ real colours start to show when fear strikes.

While this might not dictate everyone’s decision to pick up the game, as a pop culture geek I was shocked at just how many names and faces I recognised – probably the most popular names being Hayden Panettiere (Heroes) and Rami Malek (Mr. Robot, Queen, and who can forget Night at the Museum). The actors provide both their voices and their likeness in the motion-capture of their performance, which is an incredible process to watch come together in the behind-the-scenes footage. As a fan of a lot of the actors in this cast, it was hard not to have some kind of connection to their characters before even starting the game. As much as I tried not to bring in my favouritism into some of the decisions I was faced with, I admit there was some influence there!

As a Scream fan, I know I’m really looking forward to meeting The Quarry’s camp leader, played by David Arquette. There’s no doubt I’ll be trying to do everything I can in the game to keep him alive until the very end!

I don’t believe any interactive horror titles like Until Dawn get the heart pumping without some quick-time events. Whether you need to press the right button quickly, or make a decision before the timer runs out, it can really heighten the stressful situations that you are thrown into. The game does remind you at the beginning that ‘sometimes doing nothing is the right thing’, and dear god it adds another layer into the mix of stressful decision making. Some of my best and worse moments in my play-through were made under the pressure, and the feeling of uncertainty when watching the consequences of my actions unfold truly brings the horror-factor into the game.

The beauty of a game like Until Dawn is that there are an incredible amount of different choices to make in the story that curates your own unique adventure. With many different endings, as well as clues to be found in the game, it’s a great incentive to replay the game and create a better (or worse) ending for your characters. The Quarry ‘s game director Will Byles confirmed to IGN that there are 186 unique endings. So in other words – get cosy and plan multiple sessions solo and multiplayer so you can experience its story in its many different forms!

Almost six years later, Until Dawn is still a fantastic title but if you’re feeling a little scared, its a great one to play alongside a friend. Make decisions together and swap the controller between each other when you control a new character!

If you are thinking about picking up a new horror game, I would definitely consider looking into The Quarry. With its local-coop mode, you and your friends can each pick character to control and shape the story together! If it’s anything like Until Dawn that will have you jumping, panicking and sweating – you’ll be in for a treat.

Get your popcorn ready and a blanket to hide behind when The Quarry releases June 10. 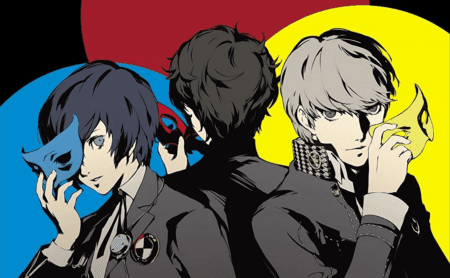