Will The New Atari Console Be A Smash Hit? I Don’t Think So…

Look, retro is all the rage at the moment, but in my humble opinion, I don’t reckon the Ataribox will be the big hit that they probably think will be.

Why? I hear you ask…

Put simply, the games were great for their time, but they’ve dated really, really badly… I’m speaking mainly about the graphics here.

The thing about the NES and SNES Mini is that, even though the graphics are pretty lame by today’s standards, they were MUCH better than the Atari’s. There’s still some kitsch appeal with the Nintendos, and our proposed Commodore 64 mini.

That’s what I reckon, anyway. The Atari games, in this day and age, simply look lame,

One of the greats, but look at it now. I just don’t see any reason to play it. I’d rather just watch it on Youtube for a reminisce.

Again, a game I played to death, but one too that hasn’t aged well.

This game… another one of the classics that just suffers from being a product of the early ’80s.


This was revolutionary at the time, because it came with a “steering wheel” type paddle. It preluded the steering wheel controller by quite a few years. 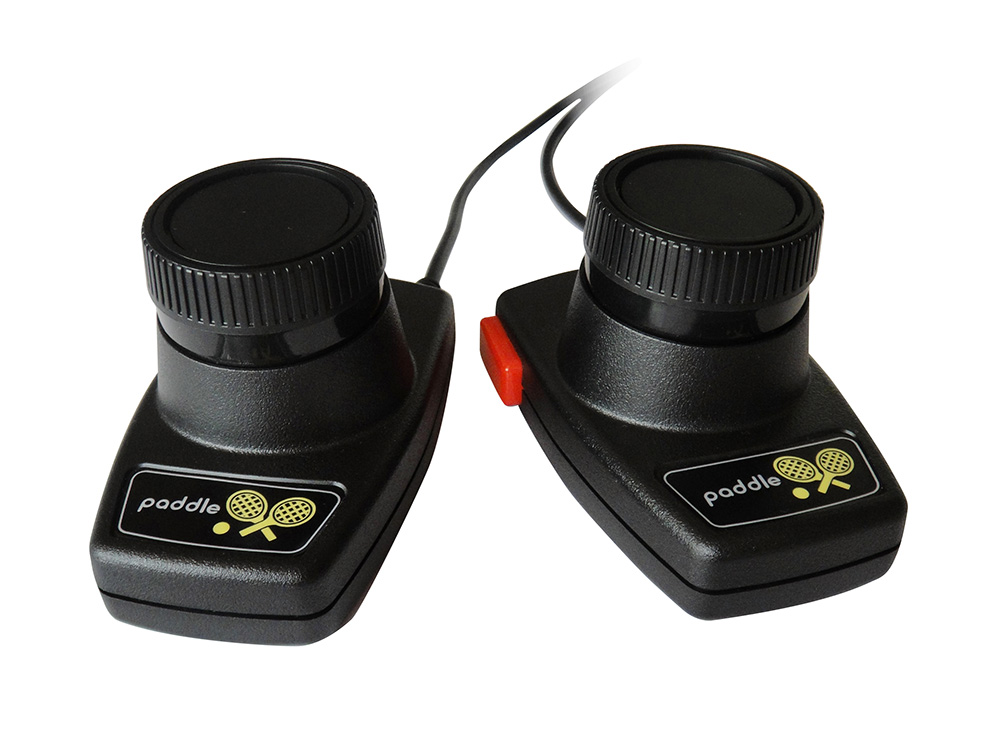 However, there’s a heap of retro racing games I’d play over this one.

This was an awesome two player game and came with the Atari, but looking at it now, I couldn’t see any more than 5 minutes of retro fun before it got boring. I might be wrong though?

I did bloody love this game back in the day… one of the few movie inspired games that was fun to play, but again… it’s just so simple. Again, I reckon you’d just lose interest.

Now, this has some appeal to me… in terms of retro gaming.

BUT, again, looking at it is just enough for me. I think if I played it, I would get pretty bored pretty bloody quickly.

Just has no appeal now to me.

You are a square on a screen. That’s it. I would rather play a reboot of Defender Of The Crown rather than this.

A bit like Adventure… at the time, really cool and awesome how you could “explore” (the original open world kind of game?), but now, it’s just confusing.

So, I really have gone out of my way to bag out quite a few of the games that defined my gaming destiny. Which I reckon is probably a little negative.

That said, I just don’t think people my age will have the same interest in this sort of retro. The games were simple, fun and addictive… but that was in the early ’80s. Gaming has come a long way since then.

However, in the spirit of fairness and objectivity, here are three Atari 2600 games I probably would give a little time and effort to.

This was an absolute beauty! God, I spent so much time on this game, it’s not funny.

You have to remember, this was the early ’80s. Having a side scrolling game where you could swing on vines, jump over logs and all the other fruit was groundbreaking.

It was sort of an open world combined with a side scroller. And it was awesome.

One thing I will say for the new Atari… I like the way they’re implementing new hardware in an old retro box. It looks super sexy and from what I understand, it will be handling new games as well as the old.

I’ll be as happy as anyone if its raging success proves me wrong. But I just don’t think it will take the way the other minis have and will.

The Commodore 64 Mini, on the other hand…

LEGO is celebrating its 90th Anniversary this year, with the “Modern” iteration of Lego building sets essentially dating from the…

I DO love a good mystery-horror story, with bonus points for setting it in the past – which is why…